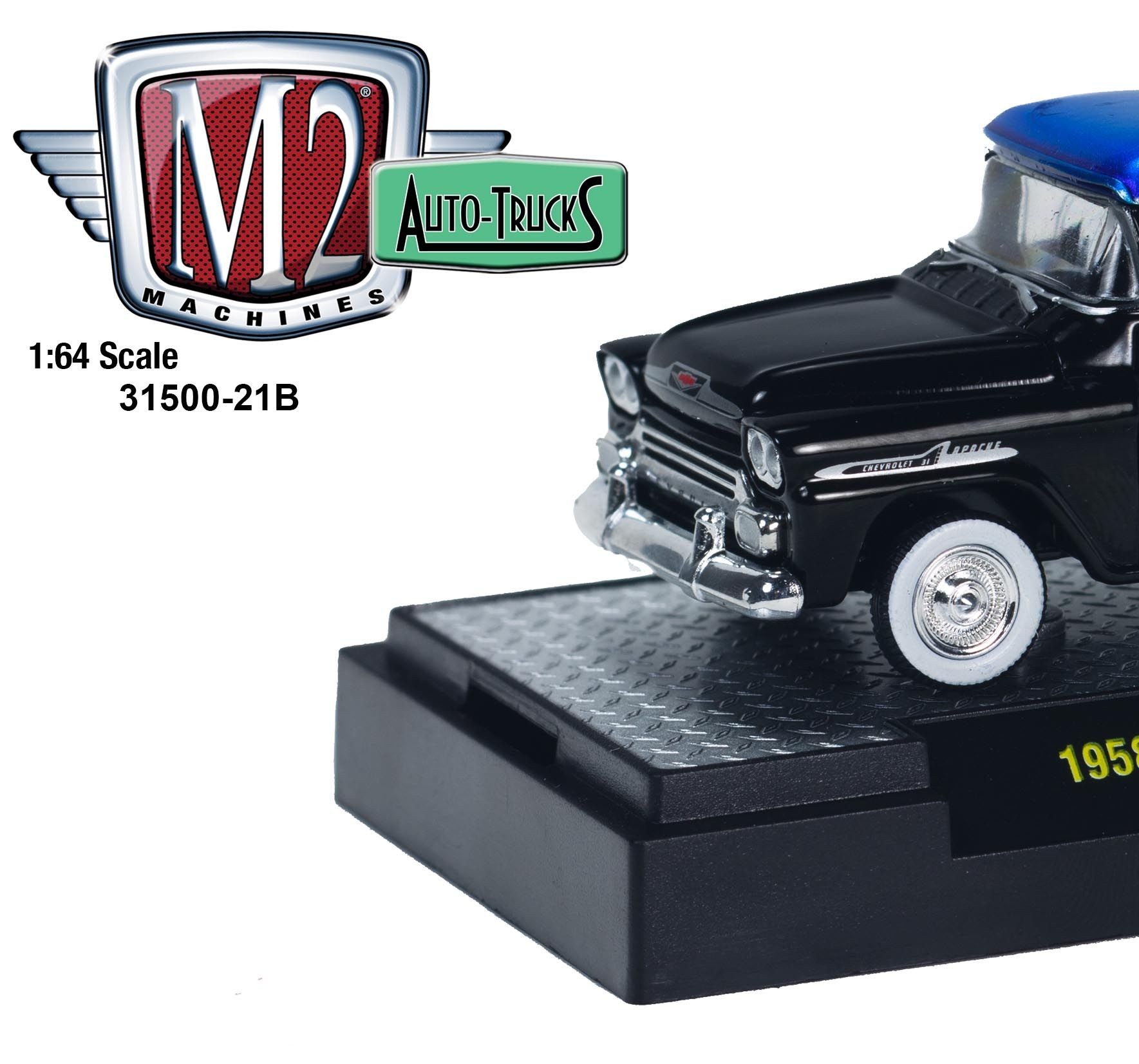 In the ‘fifties, the once-lowly pickup truck had started to become something more stylish and upscale. By the time the decade was drawing to a close, the vehicles were downright snappy looking, and as comfortable on the job site as they were in town.  M2 Machines’ “Auto Trucks” line celebrates that surge in style with a 1958 Chevy Apache as part of the series’ 21st release, as seen in these factory product cards. Done as a “Cameo” in Jet Black and Tartan Turquoise, or in a utilitarian Cadet Gray with a tow body out back (deco’d as a restored unit  with “Kennedy Brothers Bomb Factory” signage on its doors – good luck parking that one at the airport), each model features opening doors and hood, and a well-detailed (remarkably so) interior and engine compartment. A randomly-distributed – and highly collectible – “Chase” truck is based off the Cameo, but with gold wheels and trim.

Like the small scales? So do we, especially when they’re done this well. Keep an eye out at your local retailers, or visit the M2 Machines web site for more info.