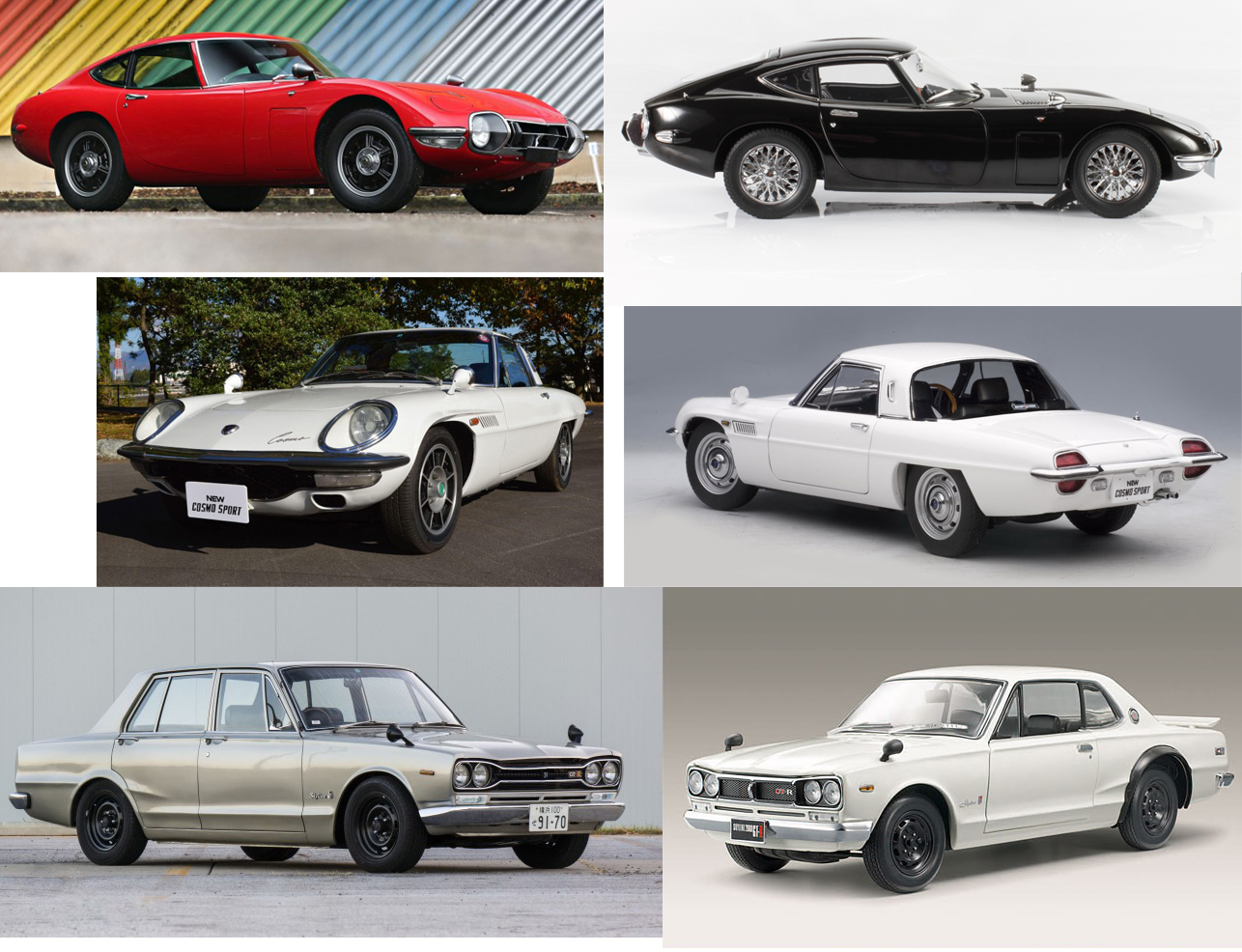 This morning we are reading Hemmings’ preview of the upcoming Scotsdale auction season in mid-January, specifically highlighting the emergence of classic Japanese cars as valuable collectibles. We in the diecast community have known of the appeal of Japan’s performance models from the 1960s and early ’70s, and now it seems the big auction houses are cluing in too. Check out how the models stack up against the forthcoming auction cars, and read Hemmings full article HERE. 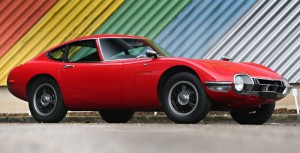 Gooding’s 1967 Toyota 2000GT is expected to net around a million bucks…
(photo courtesy of Gooding and Co.) 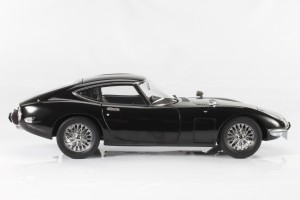 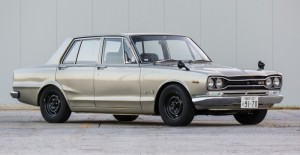 RM Auctions is offering up this first-generation Skyline 2000GT-R 4-door in Scotsdale, looking for six figures. 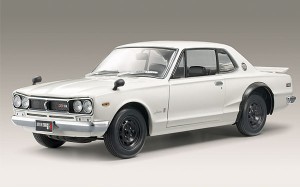 Kyosho has produced several versions of the GT-R, including this first-gen coupe in 1:18. Examples can still be found on eBay and other diecast auction sites for reasonable prices. 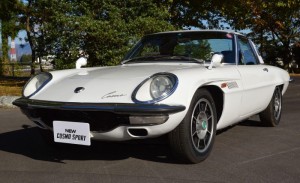 Bonhams looks to get close to a quarter-mil for this Mazda Cosmo. 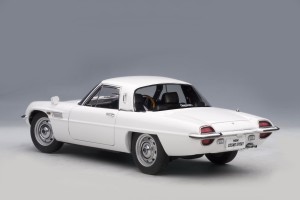 AUTOart’s 1:18 version is a bargain by comparison, retailing for less than $140.