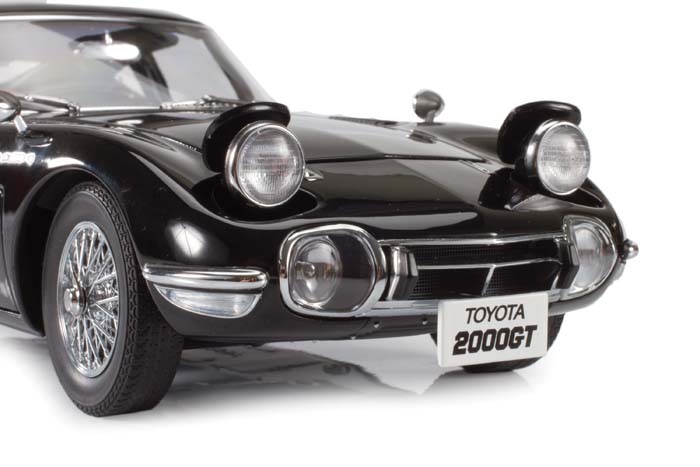 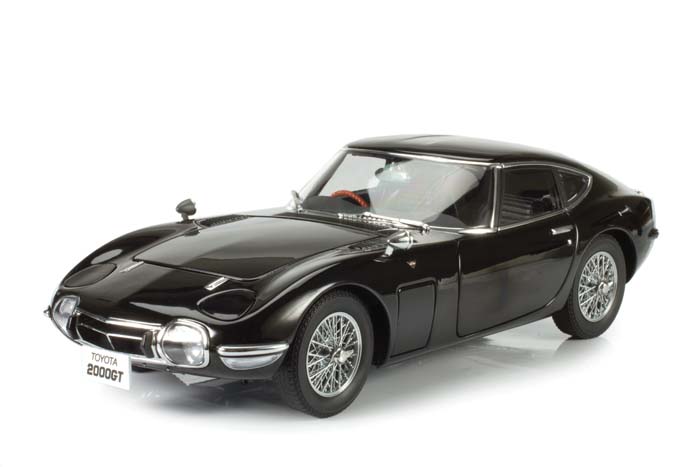 Toyota’s sleek 2000GT exploded onto the automotive scene on 1967, and virtually single-handedly redefined the image of the Japanese performance car. Built in a joint venture with Yamaha, the 2000GT was as capable as it was beautiful — a potent inline-6 engine, mounted back in the long nose, short deck two-seater chassis, it was akin to a Japanese Jaguar E-Type. AUTOart has released an updated, upgraded 1:18 version of the 2000GT, distinguished by its wire spoke wheels and numerous other improvements. Functional pop-up headlights, a well-appointed interior, and lots of technical detail on the gorgeous 2.0L DOHC straight-6. Just 351 examples were built over the car’s 3-year production run, making them among the most valuable collectible Japanese cars ever built. AUTOart offers theirs in black and several other colors.
autoartmodels.com