In the Winter issue of Die Cast X, we explored the world of Mopar Movie Magic, showcasing 10 of our favorite silver screen star cars. Number Four on our list was the Fast & Furious Mopar Menagerie. In our list it was represented by Jada’s 1:24 rendition of the epic supercharged ‘70 Dodge Charger that hero Dom Toretto (played by Vin Diesel) races—and crashes—racing Brian O’Connor’s (Paul Walker’s) Toyota Supra Turbo in the movie that launched the franchise. But in the sequels since, more than two dozen smokin’ Dodge and Plymouth muscle cars have featured prominently over the course of 8 series films. In addition to the ’70 Charger, Jada has produced half a dozen other F&F franchise Mopars. Let’s take a look! 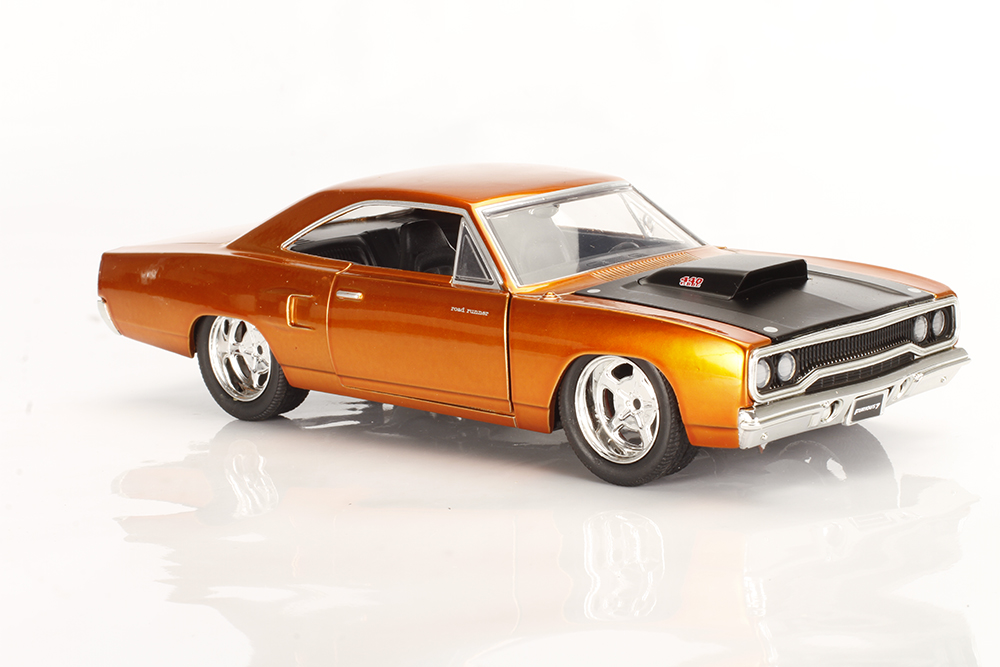 The burnt orange Road Runner from Furious 7 chases down villain Deckard Shaw before meeting its violent end in a head-on collision with his Maserati Ghibli. An interesting bit of trivia: the Plymouth is actually one of the surviving metallic grey “Hammer” clones from the 4th installment. For F7 it returns in largely stock form except for the new paint, big wheels, and the ’69-style fiberglass hood over its Six-Pack equipped 440. 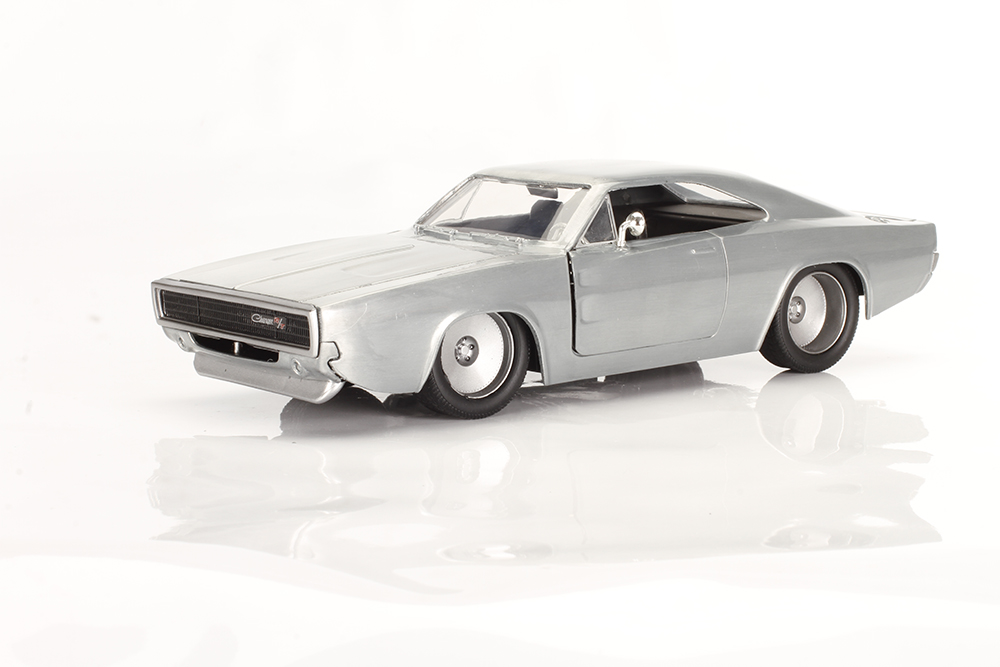 Most fans know that actor Paul Walker passed away prior to the release of Furious 7, and for the closing scene of the film the cast and crew wrote in a send-off scene mirroring the matchup from the first film—Supra against Charger. For this scene the filmmakers put Vin Diesel in perhaps the most extreme Dodge ever made. Built for the 2014 SEMA show, the Maximus Charger has a twin-turbocharged 9.4L Hemi big block making two thousand horsepower and is capable of crushing the ¼-mile in 8 seconds! 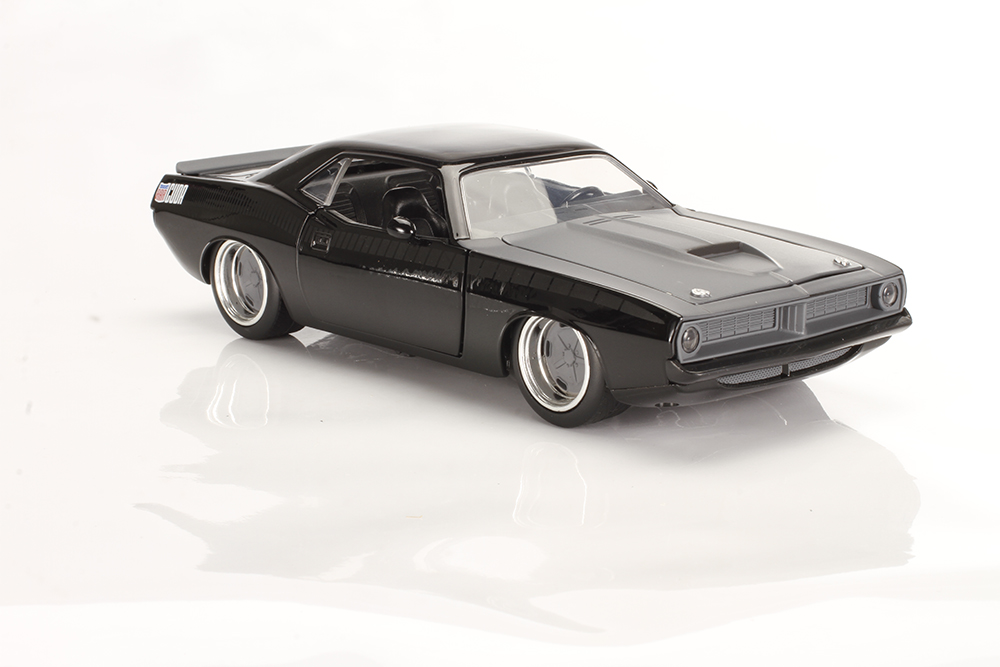 We first got a peek at The Furious take on Plymouth’s ponycar at the very end of F&F6, but it remained parked in the Torettos’ driveway so we had to wait until F7 to see it on the move. The resurrected Letty took the wheel for her return to Race Wars, dropping the hammer on her 8.8L Hemi-powered AAR tribute. Actually, keen eyes will note that the ‘Cudas used in the two films are not the same car. The ‘Cuda in the 6th movie was an authentic 1970 model like the original AAR, but the runner from F7 was a 1972 Barracuda with some ’70 styling cues. 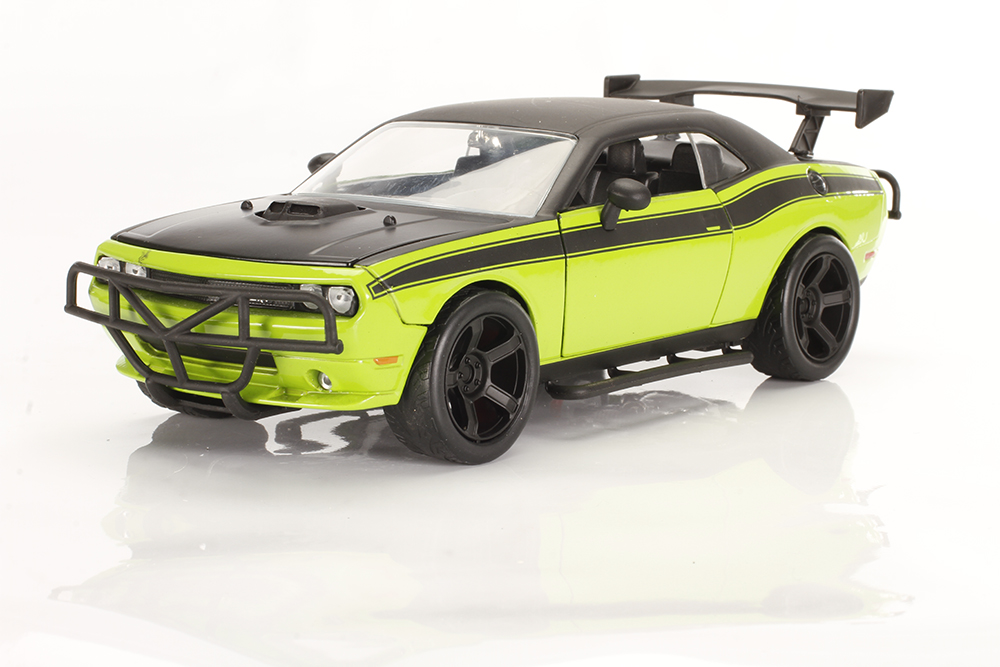 One of the signature scenes of F7 is the off-road chase through the Caucasus Mountains to rescue Ramsey from a band of terrorists. To accomplish their mission Mr. Nobody (Kurt Russell) gives them the run of the CIA’s garage full of toys, where the team beefs up their typical wheels for off-road action. Letty (Michelle Rodriguez) favors Mopar power, and for the mountain assault she selected the SRT version of the 2011 Dodge Challenger with its 470hp 392 Hemi, plus a 4-wheel-drive upgrade, a brush bar, and even a harpoon launcher! 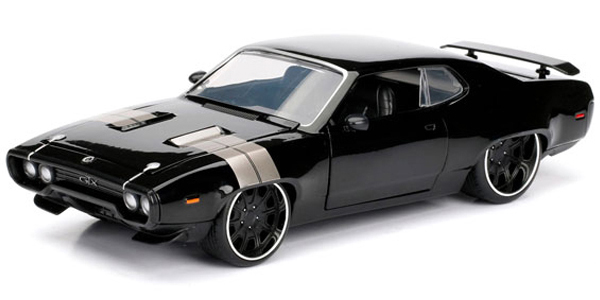 The plot of Fate 8 pits Dom against the rest of the team, and to accomplish his getaway with the stolen nuclear codes he relies on a fearsome first—a sinister black third-generation ’71 Plymouth GTX. Details on this beast are sparse, but we know it has a big, modern V-8 with enough grunt to light up the 16-inch wide steamroller rear tires. It doesn’t survive its Manhattan showdown, unfortunately, but considering how popular the GTX was in its brief appearance, we hope the filmmakers resurrect this black B-body the way they have the ’70 Charger.

1968 Dodge Charger “Ice Charger” (The Fate of the Furious) 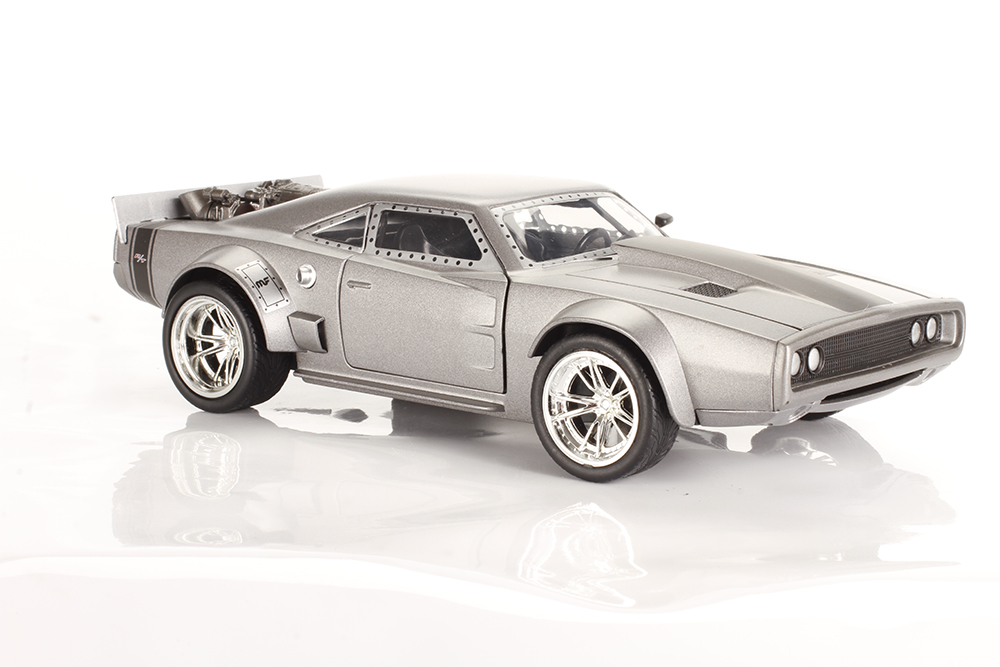 The car that received the most press from the eighth installment of the F&F franchise was the so-called “Ice Charger.” We reviewed it in depth in the Winter issue, but we’ve also included it here. 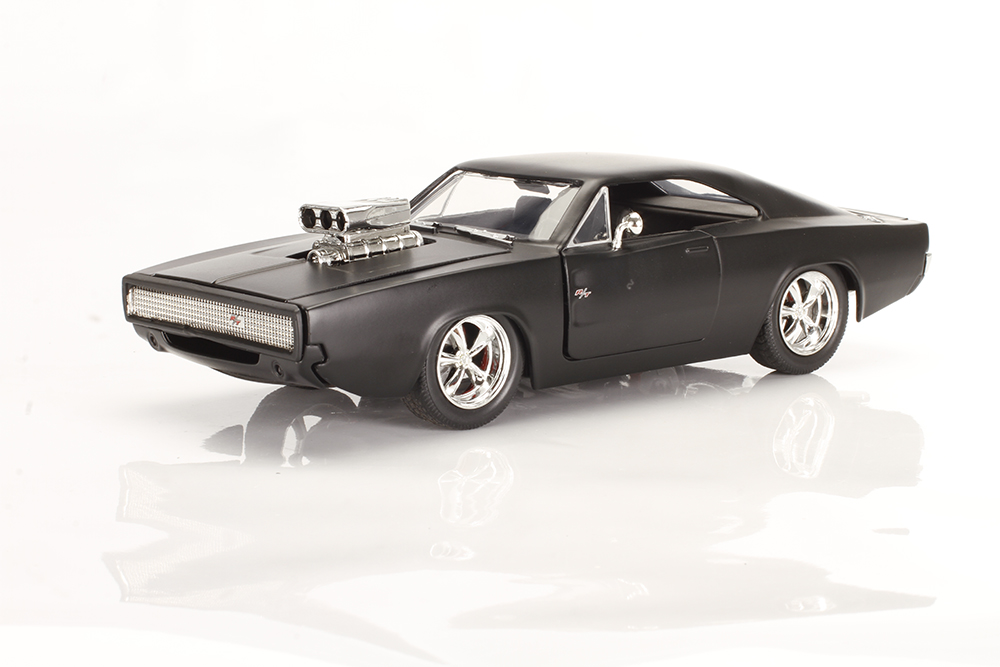 By far, the prolific 4-wheeled star in the Fast & Furious series is Dom’s blown ’70 Charger, having made an appearance in no fewer than four films. There are minor variations in each film—this is the car as it appears in the 4th episode.