Travelling in style with the 1931 Mack BK Parlor Coach

By the time Mack Trucks Inc. introduced its BK series motor coach in 1929, Greyhound Lines was already the biggest name in intercity and interstate bus service. What began as a series of small regional bus routes was gradually consolidated under the Greyhound brand. And when the first BK rolled off the Allentown, Pennsylvania, assembly line, it became the flagship of the company’s motor coach line. 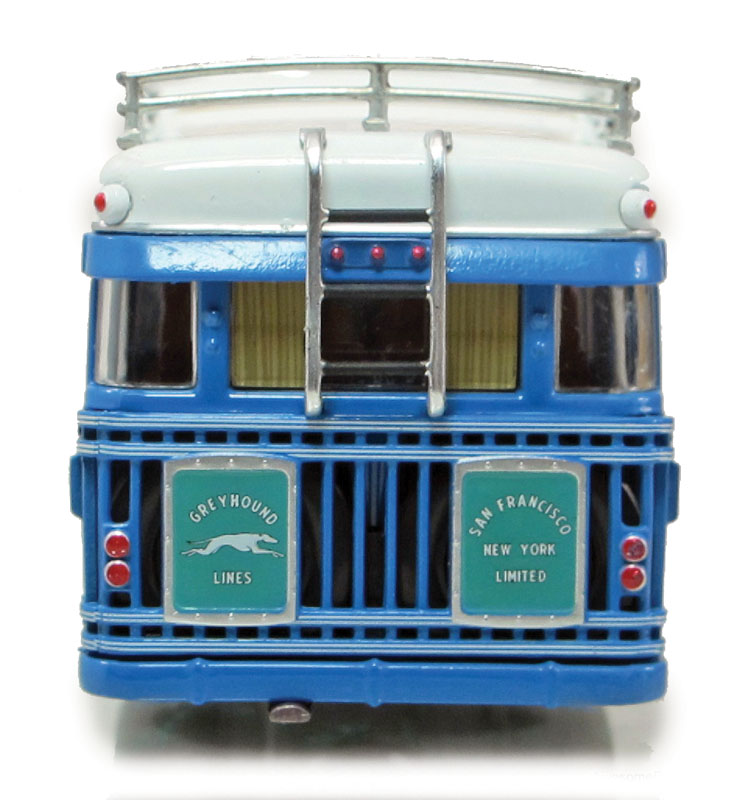 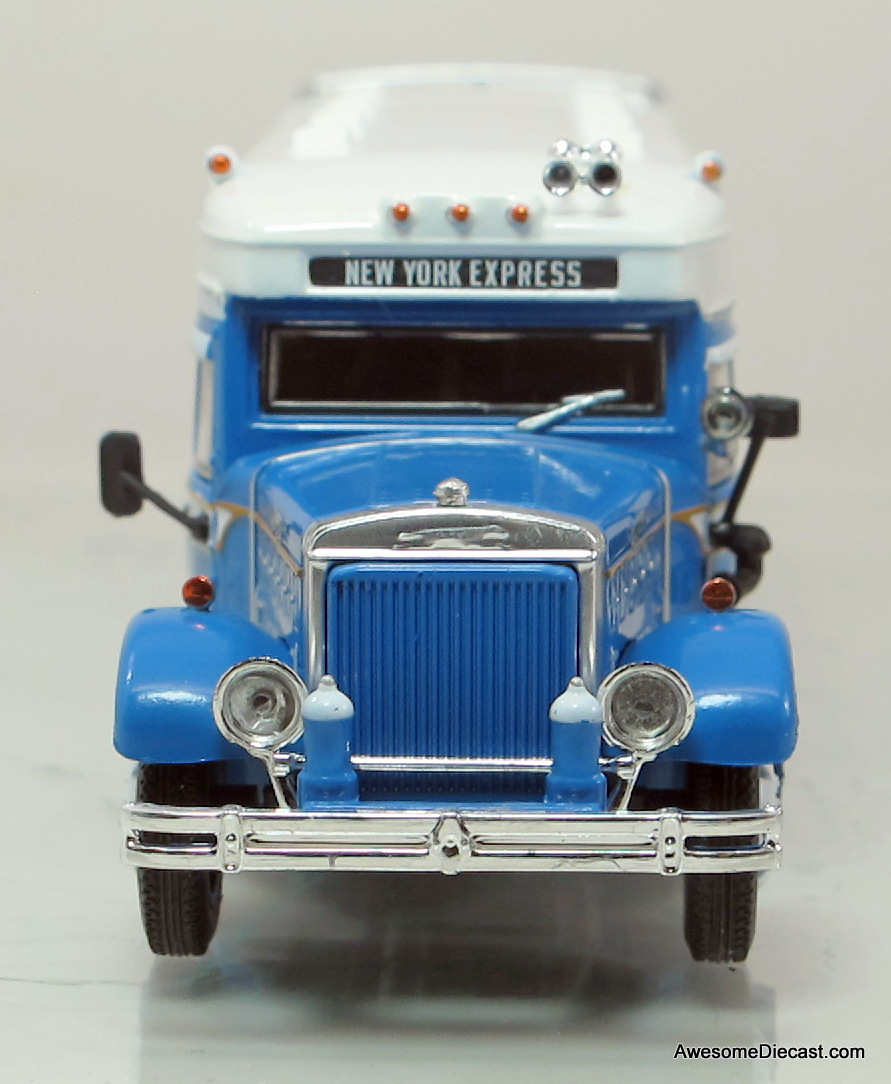 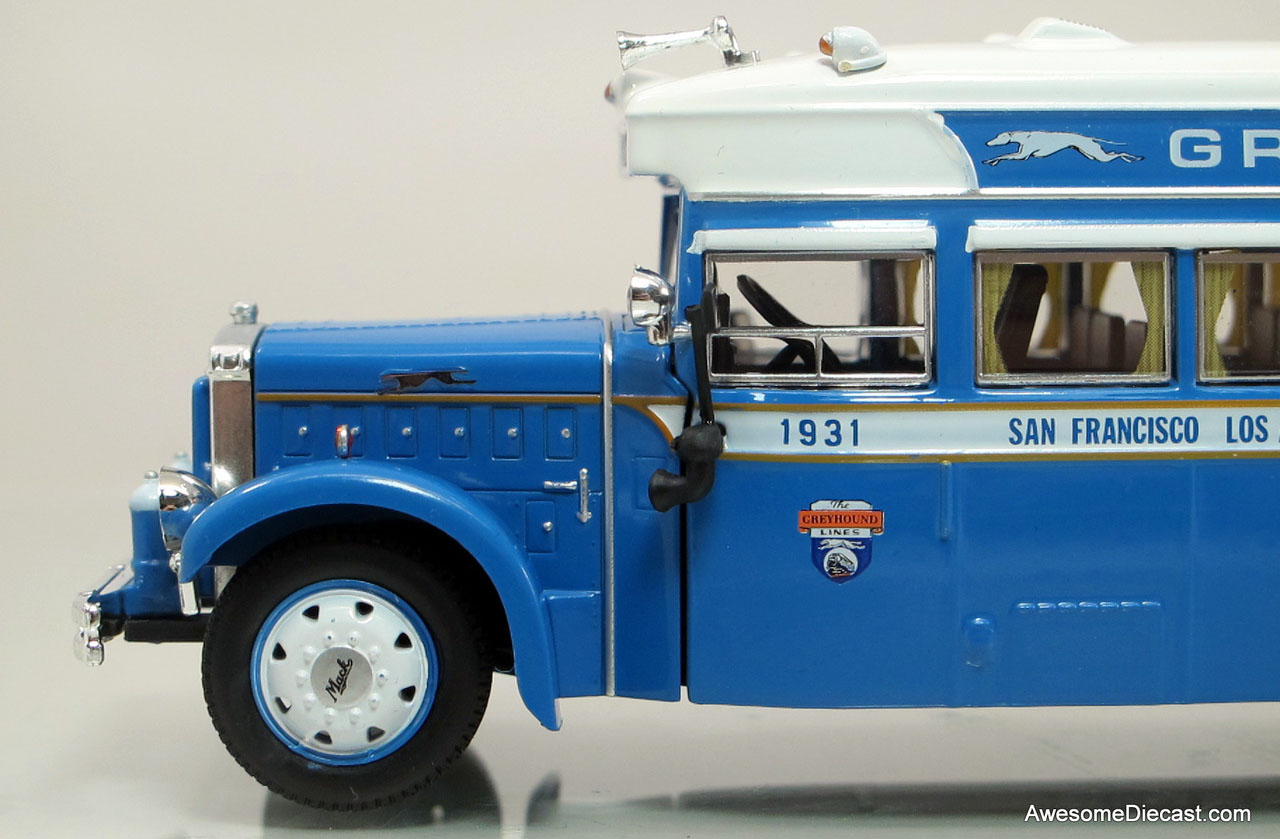 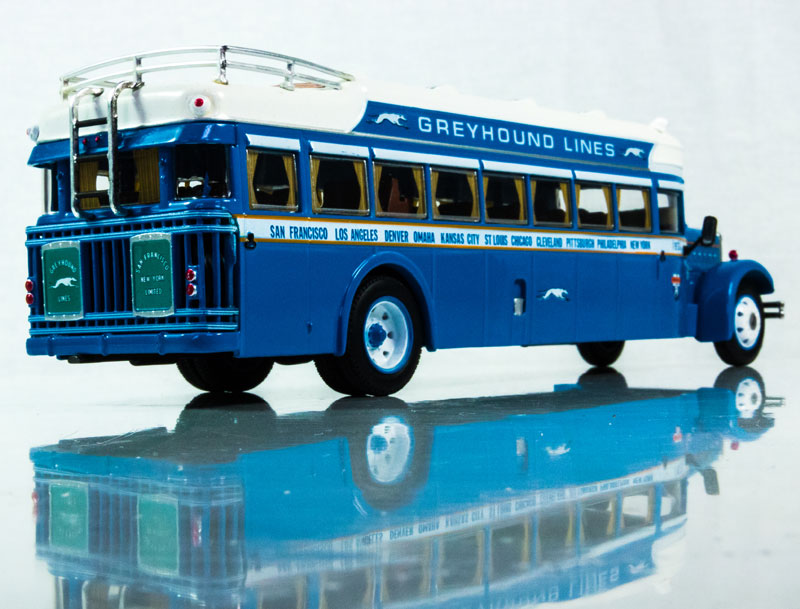 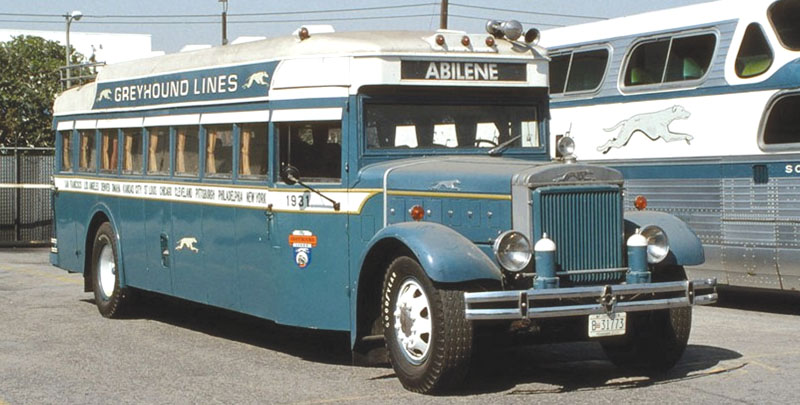 The actual Mack BK in Greyhound’s historical fleet. Iconic Replicas took more than 300 photos of this bus to produce the model on these pages.

That was of particular interest to the Greyhound company, whose reputation for fast, comfortable intercity travel depended on buses that could deliver that reliably to the maximum number of passengers. The BK Parlor Coach boasted comfortable seating for up to 33 passengers, and its gasoline engine—a 525-cubic-inch inline-6, which was Mack’s largest at the time—made 128hp, good enough to help the BK cruise at up to 70mph. Greyhound put in its order and bought every one of the 544 BKs built during its five-year production run. It might have been many more, however, had the Great Depression not come crashing in just as BK production was ramping up.
What you see here is the Iconic Replicas 1:50 model of the last remaining Mack BK being operated by Greyhound’s historical fleet out of Los Angeles. How the model came to exist speaks to the passion that Jeff Silver—founder of Iconic Replicas—has for buses in general and for the Greyhound BK in particular. You see, in the 1930s, his great uncle Robert Silver used to drive a BK for Greyhound on the route between Montreal and New York City. He worked for Greyhound for 35 years and retired as general manager for eastern Canada. Jeff was inspired to seek out the model bus his uncle drove and create a precision replica of it. We’d say he succeeded rather impressively.

The replica manages to capture many of the smaller details even at its 1:50 scale. The decals match that of the BK in the historic fleet, with the exception of the destination callout above the windshield. That reads “New York Express” just as his great uncle’s did. The BK’s cabin sits low to the ground for easier passenger access thanks to a kick-up frame. There are little curtains molded into each window frame. Handles are cast into the doors, and care­fully molded mirrors extend from each side. On top, there are roof lights and above the driver’s side sits a pair of air horns. On the back section of the roof, there is a nicely cast luggage rack painted chrome and includes a ladder leading up to it from a cagelike rear structure. Painted chrome also covers the radiator housing, headlights, and front bumper. The detail on the wheels and tires is also excellent, right down to the two-tone paint. The wheel rims and center caps are Greyhound blue, just like the bus’s flanks, whereas the dish section of the wheel is a contrasting white, matching the roof panel.

The BK is a fascinating piece; it looks more modern than its 1931 vintage, to be sure. The 300+ photos Jeff Silver and his crew took of the original at the Greyhound historic fleet in Los Angeles ensure that it’s as accurate as it is interesting. What it isn’t is available in large numbers. The model is limited to just 999 pieces, so if you want to secure your own piece of MackMack/Greyhound history, better act now.