If you were to rattle off a list of stock car drivers who have won multiple NASCAR titles, you might overlook Terry Labonte because he holds the distinction for the longest gap between titles—12 years—having won in 1984 and again in 1996. But the soft-spoken Texan’s combination of on-track success, nice-guy image, and kid-friendly sponsor was the perfect recipe for a huge diecast promotional effort. And in 2000, Hot Wheels and Kellogg’s did just that. 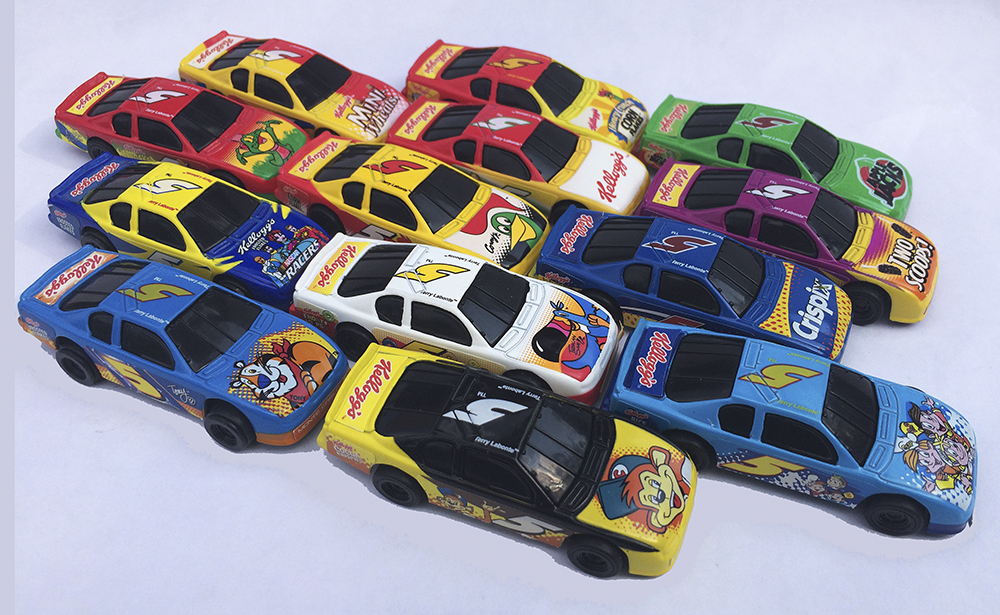 1/64 scale models of Labonte’s number 5 Monte Carlo were included in specially marked boxes of Kellogg’s cereals—and not just his familiar red and yellow car, but 11 different designs!  And in an unusual twist for the time, the different versions weren’t randomly inserted into boxes. To get the Frosted Flakes car, collectors had to buy a box of Frosted Flakes; for the Apple Jacks, car, a box of Apple Jacks, and so on. While kids might not have been super excited about buying a box of, say, Raisin Bran or Crispix cereal, at least they knew they wouldn’t have to buy countless boxes to randomly find them all. Besides, parents eat breakfast, too.

The cars, which were metal-bodied and had pull-back motors, were marked with Mattel and Hot Wheels trademarks and featured reasonable detail. Hood and roof graphics and color breaks were screen printed onto the car and all other graphics were added by the collector from a sticker sheet. Whether that was a cost-saving measure or a way to let kids get involved in the project, the end result looked very nice.

Remember, this was all before vinyl wraps made it easy to completely change a car’s livery from week to week, so most of the designs were never actually seen in a race. To their credit, the designers made each one plausible-looking, even dynamic. As long as you were collecting them all, there was also an offer for a carrying case. For a modest price and several UPC codes from those boxes, there was a large (bigger than 1/18 scale) model of the track version of Labonte’s car available. The all-plastic car featured lots of detail, although rendered on the chunky side to survive playwear. The body was molded in red with a yellow painted front clip and silver and black window detail. All graphics were applied via a combination of paper and clear stickers. The color match isn’t quite as spot-on as the smaller cars, but they still looked nice when applied carefully. 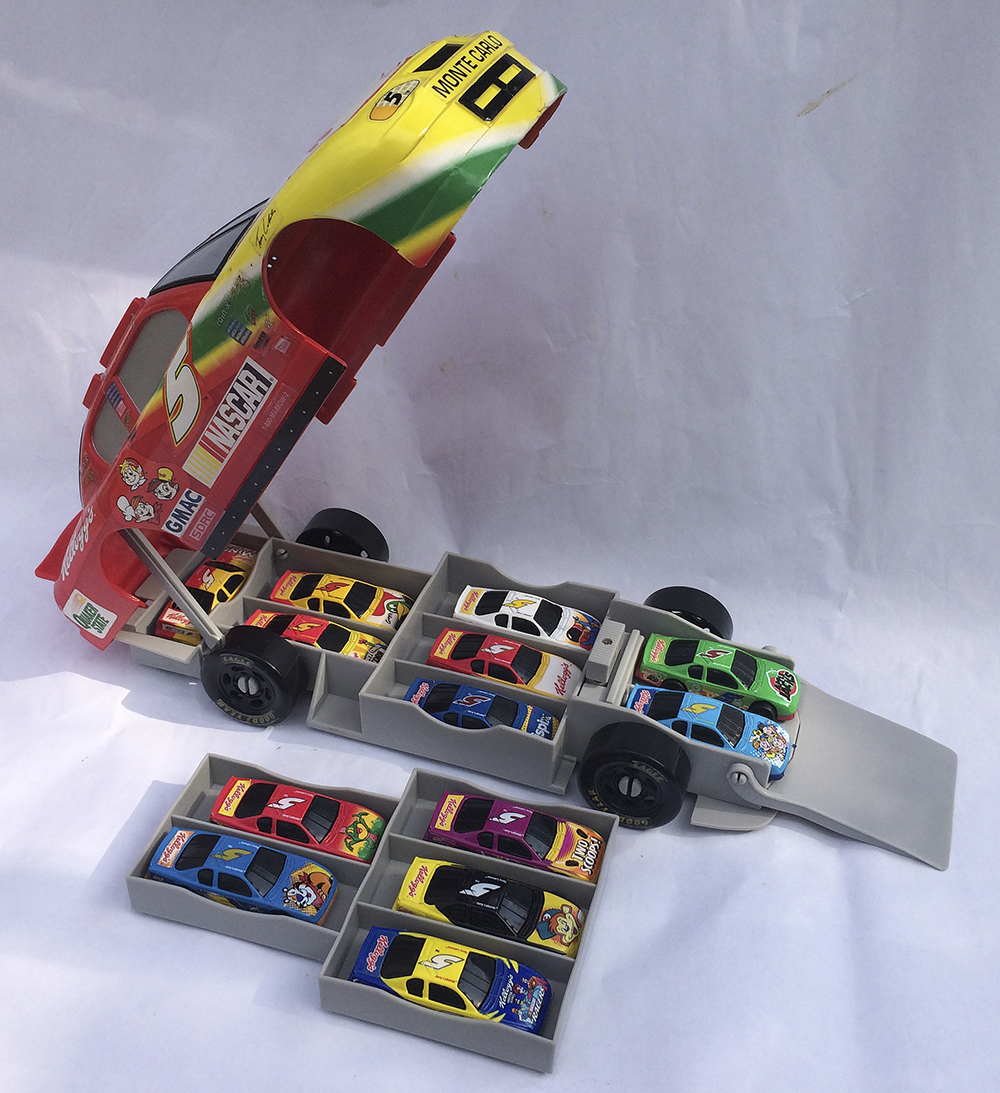 The body flipped open like that of a fiberglass funny car, and inside was a double decker insert intended to hold 11 cars, as well as a spring loaded launcher up front. The large car was not branded by Mattel, but says “Sasco” on the chassis. Hmmm…

A careful look at the photos shows 13 1:64 cars instead of 11. After the success of the original promotion they added two more cars. The red and yellow version with “Kellogg’s” on the hood was meant to represent the real car, and the blue car with the cartoon characters was a promotion for the TV cartoon “NASCAR Racers.” The extra cars conveniently fit up front with the launcher, so they can all go along for the ride. The entire promotion was a lot of fun for kids as well as adult collectors. Since it was designed as a set of toys, it would be interesting to see how many complete sets remain in good condition today, almost 20 years later.

Ron Ruelle is Social Media Manager for hobbyDB.com, a website about anything and everything collectible.