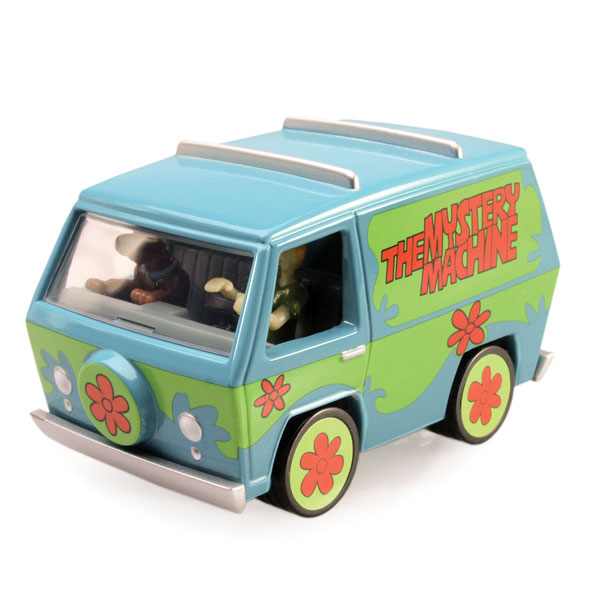 For folks of a certain age, Scooby Doo, Where Are You! remains a classic, and was must-see TV for the feetie-pajama’d masses. First airing in 1969 on CBS, it had action aplenty, and even a talking dog. This custom van, called the “Mystery Machine,” would haul Norville “Shaggy” Rogers, Velma Dinkle, Fred Jones, Daphne Blake, and the talking pooch, Scooby Doo, from caper to caper. We have to hand it to these guys for bringing a classic cartoon car out for the grown-ups who remember watching the show over cereal — and later in life, over whatever they could scrounge from the fridge on munchie-driven nights. The diecast body, plastic chassis and wheels, and the Scooby and Shaggy figures behind the windshield are all neatly painted and deco’d with tamped on paint or decals; the paper-based stickers on the wheels won’t hold up to a lot of play, but we have the feeling that this one won’t be bought by anyone under the age of thirty.