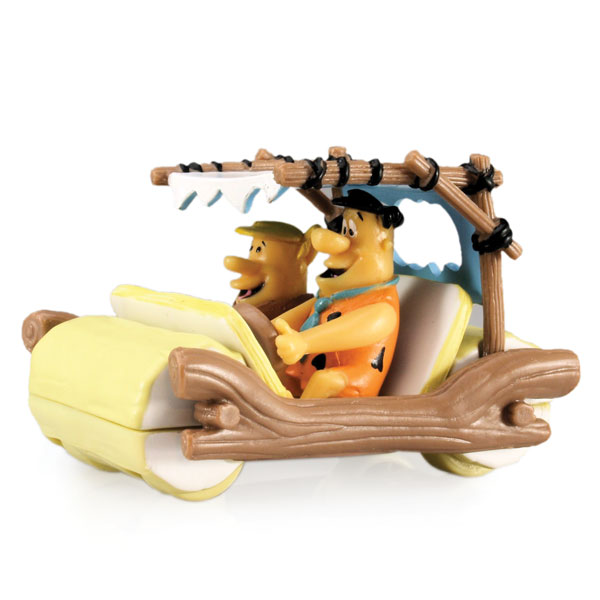 Back in the mid-’fifties, The Honeymooners ruled the TV airwaves in glorious black and white. Folks loved the working-class characters, the everyday trials and tribulations of the Kramden and Norton families, and how things always worked out by the time the credits rolled. In the early 1960s, animation giant Hanna-Barbera took the Honeymooners formula and created a prime-time sitcom from another era – the prehistoric – while keeping the characters loveable and believable, despite the fact that they were drawn. The show was called The Flintstones, and it’s still remembered as a pace setter for many of the animated family shows that followed. Of course, Fred Flintstone had a car, and of course, it was only a matter of time before someone would do a “serious” model of the twin-rollered, foot-powered, stone, log-and-animal hide coupe in scale. Hot Wheels Elite took up the challenge in this 1:50 (again – nominally) piece from its “One” series, and it’s going to make cartoon hounds happy; Fred’s at the wheel, and his pal  Barney Rubble is on the slab seat next to him, with the figures and forms all over coming across as well done. The colors may seem a  little off for the more hardcore Flintfan, but overall, for the money, it’s a sweet bit of nostalgia.  – Joe Kelly, Jr.