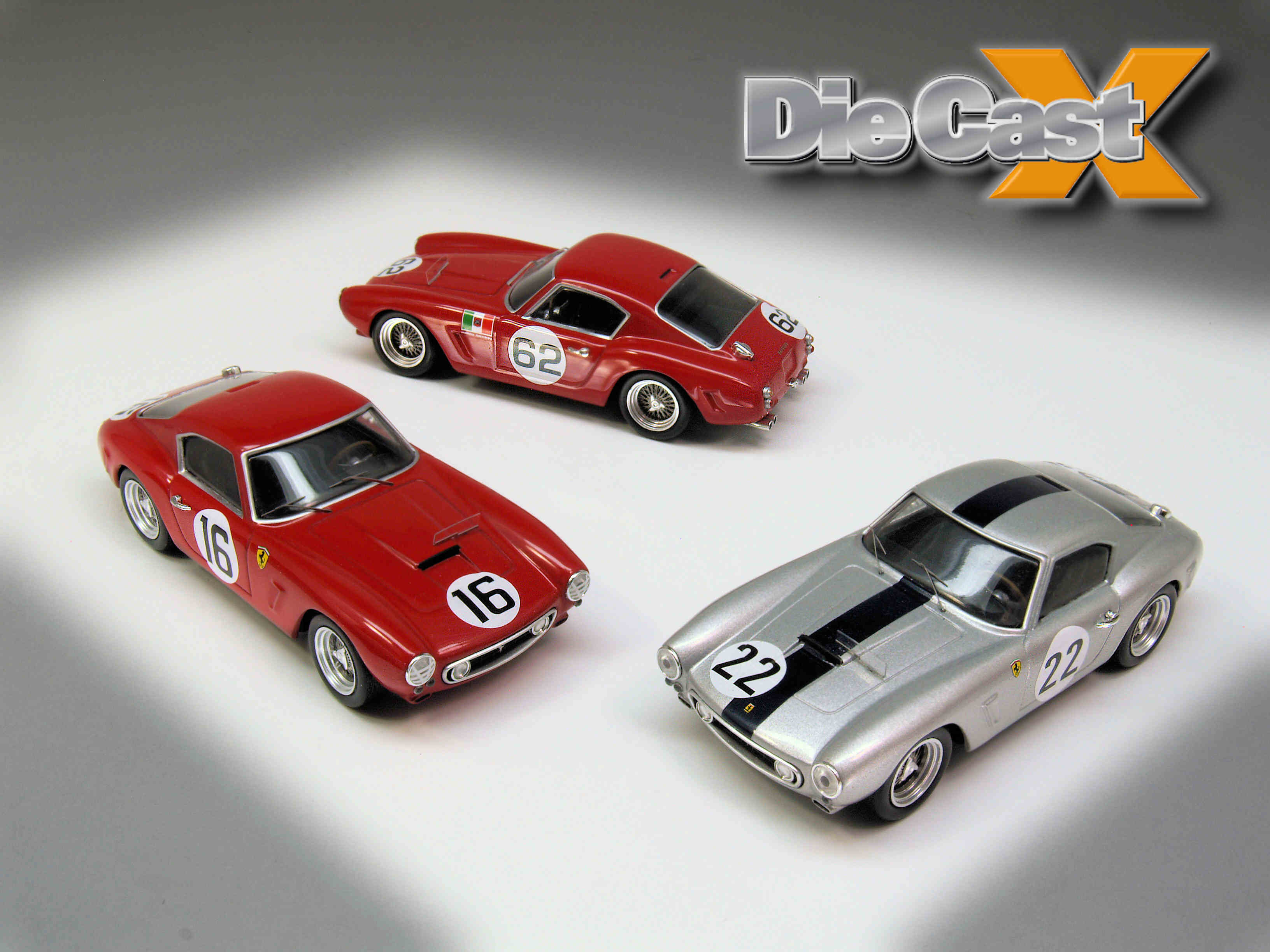 Mattel knows a thing or two about manufacturing might; the toy giant has long been a model for concept-to-consumer planning in the hobby and games segment, with licensing, delivery, and market awareness playing into its every move. A few years back, that included a boost to the Hot Wheels brand vis a vis a groundbreaking agreement with Ferrari, S.p.a, to manufacture replicas of some of the planet’s most drool-inducing – and therefore, eminently collectible – automobiles.

These days, that license to thrill has extended into the smaller scales, and this trio of sub-$50.00 1:43 Ferrari 250GT SWB racers speaks volumes as to what this maker is capable of. I’ll save you the long-winded version: these things rock.

So did the real cars. SWBs were short wheel base competition machines; “Berlinettas” by name, and vicious by design, they toted 280-horsepower V12s under their aluminum coachwork, and they stayed virtually the same (at least externally) from their debut in 1959 through their production end in 1962. This bunch replicates a freshly-homologated crop from 1960: the number 22 of Dernier / Noblet from the 1960 Le Mans (sixth OA, second in GT), Carlo Abate’s number 62 winner of the 1960 Coppa Intereuropa at Monza, and the red number 16 car (also available in black, apparently) that took Fernand Tavano and Pierre Dumay to fourth overall, and first in GT, at the 1960 Le Mans.

It’s not just the shape of the cars that’s so captivating (though it certainly goes a long way), but the finishing off and detailing that makes these so remarkable. The Pininfarina design is rendered in diecast, then decorated with a heavy handful of photo-etch for the windshield wipers and “Ferrari” scripts, and, most notably, for the etched metal spoked wheels. That last item is what really sent me into orbit; so many smaller scale cars fall apart visually because of cut-rate wheels. Not here. Placed before scale brake drums, these wonderfully presented mini-Borranis come across with natural finish metal spokes and neatly silvered rims. It looks great. So does the lensing up front, which is further detailed on the number 16 car with tamped-on ersatz safety tape.

The paint on the cars is smooth and even, and the markings are done in a mix of tamped-on paint and decals, with the glazing rendered in sheet butyrate; super clear, and distortion free, it allows a ringside view of the interior, right to the gauges in the dash and the faux-wood-rimmed steering wheel and bucket seats. More of the high-end clear plastic is used for the air foil on the car’s hood.

Chassis detailing is comprehensive, with cast-in relief getting a lick of argent metallizers to make the exhaust system and drive train pop. Though the quad-tipped exhaust trumpets look a little too big-bore, the balance of the detail pieces, including a gas filler cap and separate chromed door handles, makes the models some of the better looking, truly entertaining mass-manufactured 1:43 cars I’ve ever rolled across the desktop (which, thanks to straight axles, these little buggers do, quite well).

Bottom line: if you’re a collector who likes the image of a classic racer (and the added visual of a few bucks sitting in your wallet), you sincerely can’t go wrong.