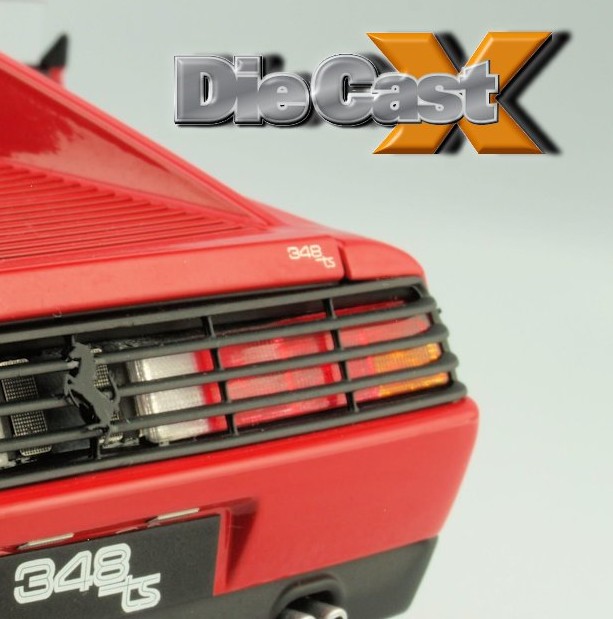 Around 8,500 Ferrari 348s were produced between 1989 and 1995 – a pretty serious number by Ferrari standards – and both the car, and Ferrari itself, went through a few changes during that time. For the 348, most were subtle, like the millimetric changes to its width and wheelbase, or the mild reshuffling of its exterior styling post-1993, with body-colored lower sections, and the addition of chromed cavallinos front and rear.

Those, and a few special editions, including a “Challenge” run of 57 cars, and a 100-piece production called, simply, “Series Speciale“, were mere tweaks on Leonardo Fioravanti’s last design for Ferrari, based on a chassis with a longitudinally mounted V8 coupled to a transverse gearbox, rather than the more traditional arrangement of a side-slung engine piped through a north-south cog changer. The newer driveline arrangement had worked well on the Mondial T, and the 348’s 4-cam, 4-valve-per-cylinder V8 had been brought over from the wildly beautiful 288GTO, and bumped up to 3.4 liters and an even 300 horsepower.

Then along came the Acura NSX, with equal performance, Honda reliability, and a tag that ran an average of thirty grand less. And the rest is… well, you get the idea. And that meant some very big changes for the 348 – and for the way Ferrari approached design.

We’d guess that the diecast model car industry – specifically that segment that makes scale Ferraris for sale – feels much the same way about what Hot Wheels Elite has been doing with the Ferrari license. Though the real car may not have been the roaring performer it was touted as, this model of the machine is a more than adequate representation of the beautiful targa-topped “spider” variant that Ferrari sold as the 348ts. The casting features opening doors, deck, and boot, steerable wheels, pop-up headlights, and a lift-off targa roof. The quality is great; the paint finish is smooth, even, and glossy  all over, and decorated with foil-based “Ferrari”, “Pininfarina” and “348ts” badges. The lensing in the car’s front bumper – one of the signature elements of the design – is utterly clear and believable, done in multi-piece units with simulated bulbs behind each face. More of the same is in the headlight buckets, and at the rear, the red, amber, and clear plastic that’s peek-a-boo’d behind the black plastic grilles would look at home on a mega-buck resin or a hand-built high-end kit.

The quad exhaust tips below the rear bumper are hollowed out (and could be made even finer with a few simple twists of a drill bit), and lead to a blocky chassis. Stay topside and lift the louvered lid, and the V8 is set into a nicely done engine bay. Lots of castings and judiciously-applied decos and paint give the wired engine and the general area a lot more visual depth than you’d expect at this price point; ditto the moderately detailed front boot, and the cockpit, with its tidy assembly, true-to-life scale textures, fabric seat belts (with photo-etched buckles, natch) and grainy dark grey floor.

With steel discs hiding behind solid, well-finished five-spoke wheels and toothy tires, this 348 offers up the kind of detailing and bang for the buck that gives high-zoot, high priced manufacturers agita – and average-Joe collectors (we know at least one) something approaching joy. Recommended.