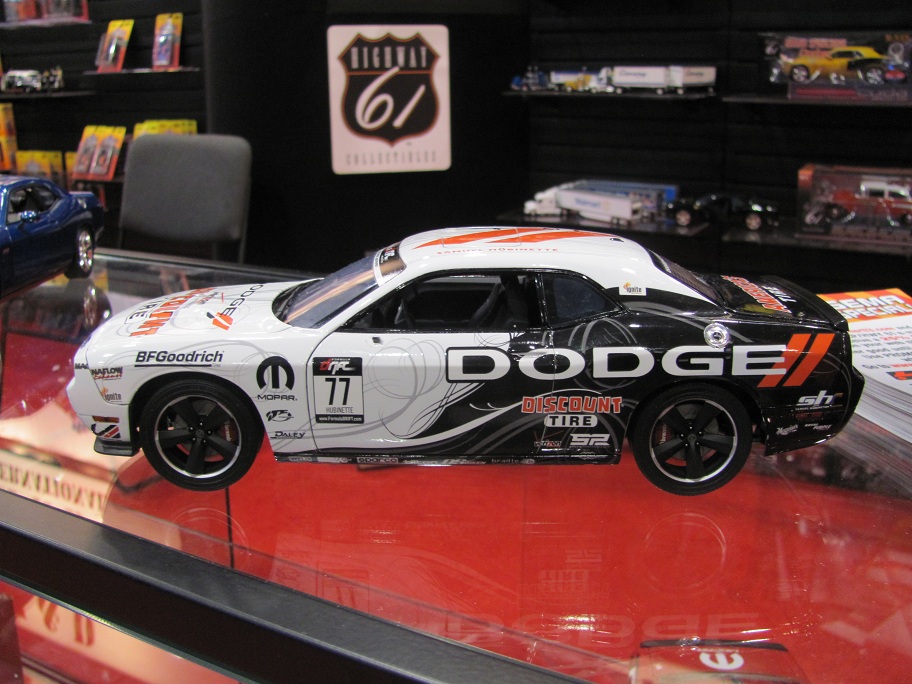 With more than 2 million square feet of exhibit space, and more than 1500 vendors, it becomes difficult to make one’s way through the entire SEMA show. But that doesn’t stop one from trying. Every year is a must; you never know what goodies you’ll find.

We knew that our friends at Luxury Diecast would be showcasing many new 1:43 releases scheduled to debut the first quarter of 2012, but we didn’t know that they would be debuting Highway 61’s latest series of Dodge Challengers, as well. Fred Ertl Jr. (owner of Fred Ertl III / Die Cast Promotions) gave us a personal look at four new Challenger models sure to make any MOPAR fanatic’s heart skip a beat.  Soon to be released are two 392 Challenger variations in both blue and white, but what caught our eye even more was two special edition pieces: a Hurst Edition in the classic Hurst colors of black with gold stripes, featuring a highly detailed 6.1 intercooled and supercharged engine, and, for the younger modern muscle enthusiast, professional drift driver Samuel Hubinette’s latest Dodge Challenger, dressed in the livery it currently sports as part of the Formula D series. Nice stuff! 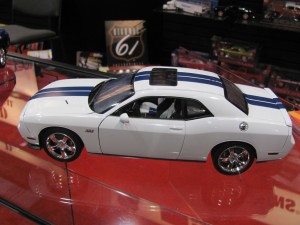 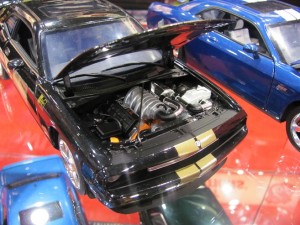 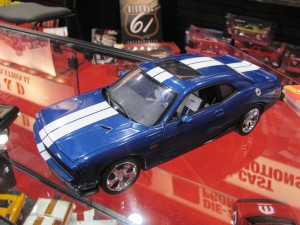