The name “Speedster” is so widely renowned and universally beloved among Porschephiles that it is easy to forget that it’s only actually appeared on half a dozen vehicles in the company’s history. The first official Speedster arrived in 1954 as a variant of the 356 Cabriolet. Its interior was stripped of any superfluous luxury items (including side windows!) and had only a minimalist folding top. But its signature feature was the special shortened windshield that could be removed altogether for racing purposes. The 356 Speedster continued through the ’58 model year before exiting the Porsche lineup for the next 31 years! 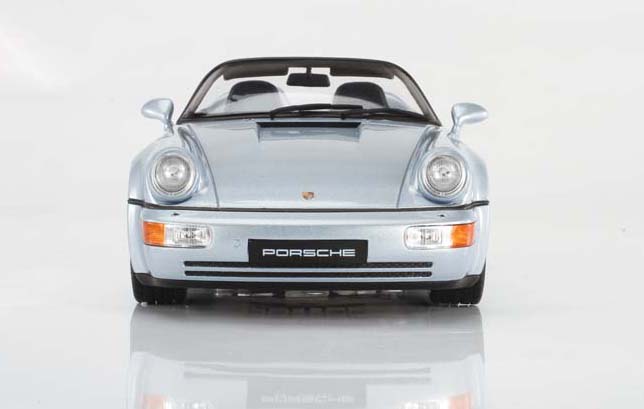 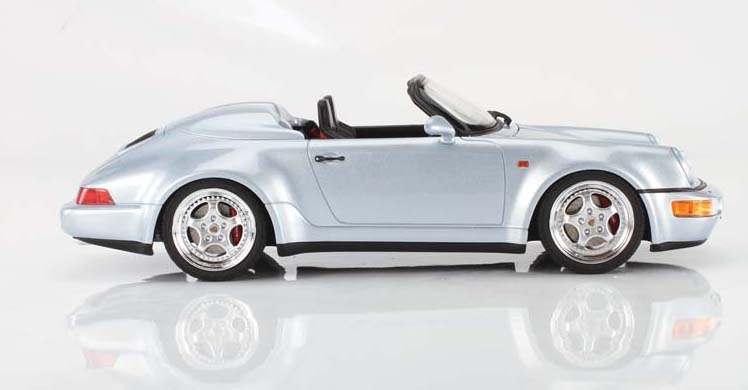 The Speedster designation would make its return in 1989 for a final-year sendoff of the first-generation 911 “Classic.” This time, the transformation was more extensive. Using the Carrera Cabriolet as a jumping off point, Porsche again installed a lower, more steeply raked windshield in a lightweight aluminum frame that owners could remove (although few ever did), but this time they did not skimp on creature comforts. The Speedster shared the same interior appointments as all Carrera Cabriolet models with the exception of the rear seats (Speedsters had none). More dramatic even than the windscreen was the new double-hump rear tonneau cover which stretched over both the cargo shelf that replaced the rear seats and the manual folding top mechanism. Interestingly, Porsche chose to offer the Speedster in two body styles—the standard Carrera, and the “Turbo-look” with the wider rear fenders and tires from the Turbo model, but both of these were powered by the naturally aspirated Carrera 3.2L motor. Porsche offered the Turbo-look because the actual turbocharged model was not available for sale in the United States at that time, but the look-alike proved so popular that it outsold the standard narrow body by more than ten to one, despite being heavier and commanding a $7,000 price premium!

That brings us to the third Speedster. With the rousing success of the 1989 model, Porsche waited just four years to trot out a Speedster version of the Carrera 2 Cabriolet, built on the new 964 platform. The 1993 Speedster got the same windshield and humped-deck treatment as the ’89 model, but returned to the minimalist ethos of the original 356 by stripping out many of the luxury items to save weight. And curiously, despite overwhelming customer preference for the widebody in ’89, the decision was made to offer the 1993 version only on the narrow body. But so strident was the demand for a widebody that Porsche authorized its in-house custom shop in charge of the Sonderwunsch Programm (which translates literally to “Special Wish Program”) to convert a handful of Speedsters to widebody Turbo-look configuration for special customers. The exact number built is not clear; some sources say 15, while others say as many as 20. Either way, the ‘93 Turbo-look Speedster is among the rarest Porsches ever built, and the perfect subject for a GT Spirit 1:18 replica.

Like all GT Spirit models this is a sealed-body resin piece. It is delivered in Polar Silver Metallic, which has a beautifully crisp satin sheen to it; the color really accents the muscular compound curves across the tonneau humps and around those wide rear fenders, making the most of what makes this car something truly rare and special. Each of these Speedsters was essentially custom-built to order, so certain details vary from car to car; this one is a very clean, unembellished example without extra chin spoilers or ground effects that some received. The contours of the shortened windscreen are accurate, and the flat black, thin frame is correct as well. Little items, such as the raised lip of the heat extractor vent on the engine cover, show the excellent attention to detail.

As an open-top Speedster, the interior detail is on full display. This one is trimmed mostly in black, but there is a set of carbon-frame sport seats installed, which adds a splash of color: the seat insert panels add two shades of gray to contrast the black bolsters, and the rigid backs are decorated in a matte red. The instrument panel is a decal; there’s a brown surround that may be wood paneling, and the gauge faces have numerals detailed. The gear lever is stenciled with the shift pattern, and there are splashes of red paint on the e-brake handle and door pulls. Red fabric seatbelts with etched buckles are tucked into the side panels behind the seats.

Because the body is sealed, there is nothing of the 250 hp 3.6L flat-6 that was standard equipment for all Carrera 2s, even the ones wearing turbo duds! The chrome tip on the single outlet exhaust and the sculpted muffler immediately upstream of it are the only mechanical details evident on the power train side.

There is, however, quite a bit to see on the braking side. Metal cross-drilled rotors and bright red calipers with “Porsche” stenciled on them are clearly visible through the wheel spokes. A word on those wheels as well: the standard wheel for all Speedsters was the 17-inch Carrera Cup wheel, but customers who ponied up for the custom widebody could opt for the 18-inchers that came on the Turbo model, with chromed and riveted outer rim contrasting a satin-finish center section. The latter is what fills this Speedster’s wheel wells. They are wrapped in soft-touch rubber tires that are spot-on in width, aspect ratio, and tread pattern. 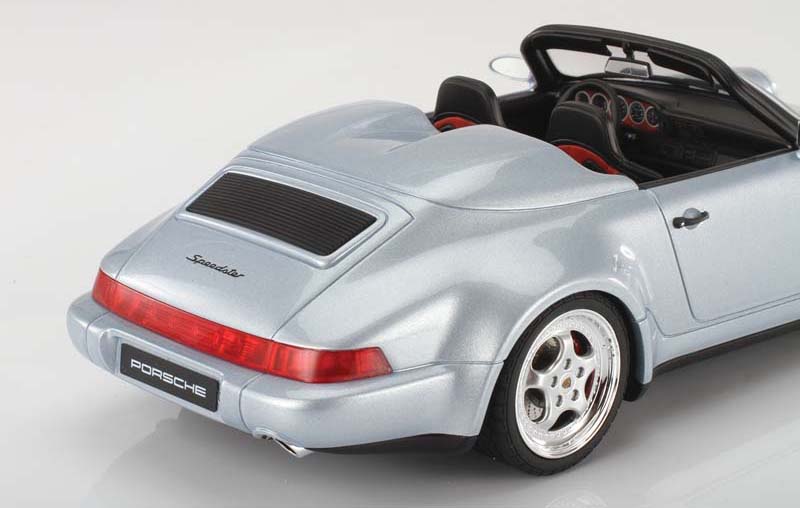 The double-hump tonneau cover and the shortened windscreen are the two defining elements of a 964 Speedster. Just a handful were made with the Turbo-look widebody, making GT Spirit’s choice perfect for collectors. 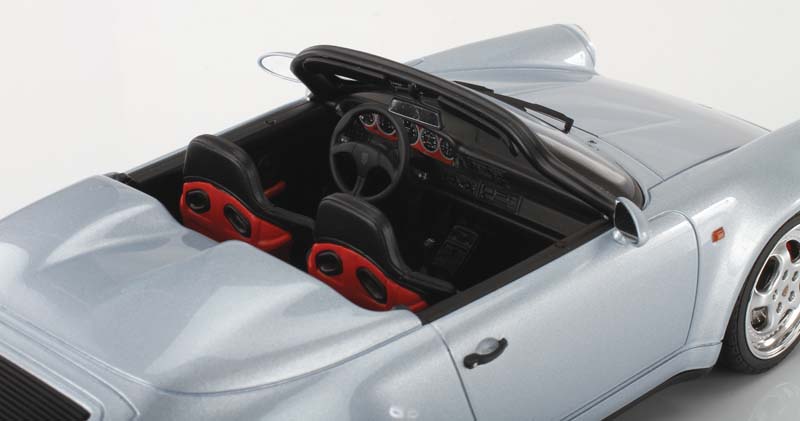 The Speedster interior is identical to the Carrera 2 Cabriolet’s. The optional sport seats at a welcome splash of color and the instrument detail is quite good.

That Porsche even operates such a thing as a factory Sonderwunsch Programm is just awesome, and the fact that it produced such an exquisitely styled vehicle makes it even more so. Porsche is not given to overly dramatic styling cues—the Turbo-look Speedster is about as wild as it gets for Zuffenhausen! It’s flashy but not garish, and because it is Porsche, they made sure the car had the driving dynamics to match. GT Spirit proves yet again that it has a keen eye for selecting model subjects of importance that will be of interest to the discriminating collector—and it delivers those models with equally keen attention to detail.