Ford created the current Ford GT for one purpose—to recapture a Le Mans win on the 50th anniversary if the GT40’s original 1966 win. But of course GT40s would repeat in 1967, ‘68, and ’69, so anniversary opportunities abound. For 2019 Ford decided to bring the anniversary celebration to the street with a special heritage paint scheme that patterned after the famous Gulf Racing livery GT40 that won Le Mans in ’68 and ’69. The very first Heritage Edition car was donated to the United Way to be auctioned off, with the proceeds going to their charity. The car sold for a staggering $2.5 million—five times the sticker price! It carried special exposed carbon graphics with the number 9—the same number the winning car carried in 1968.GT Spirit’s 1:18 resin replica meticulously recreates the finish and surface detailing of this one-of-a-kind rolling tribute. 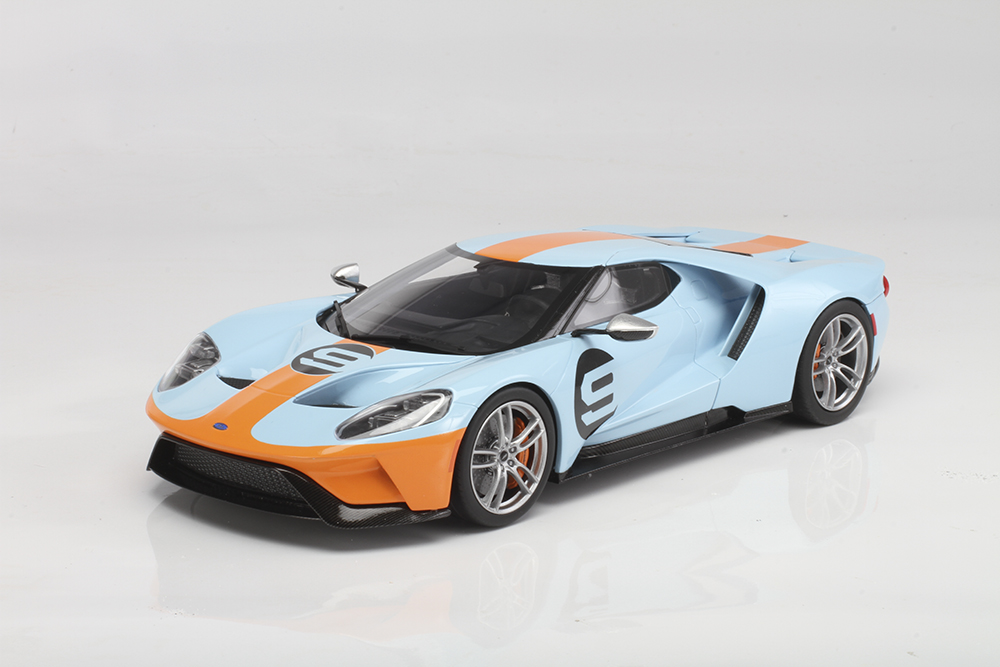 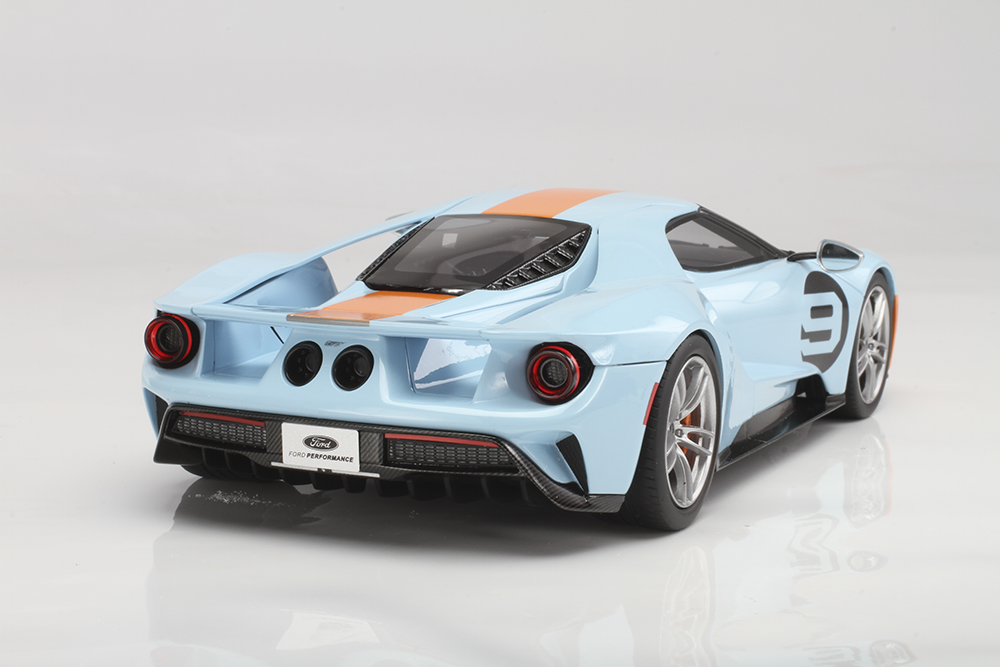 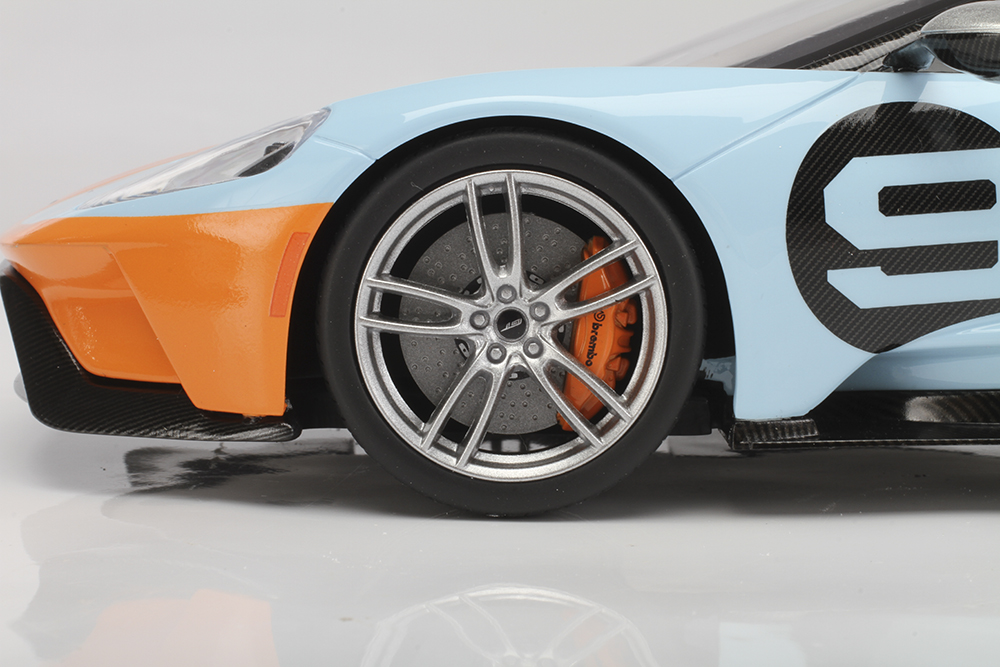