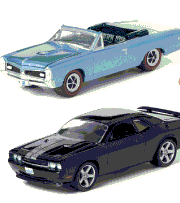 GreenLight Collectibles hit a home run with their Hollywood series, now going into it’s 4th release. The series will include 6 1:64 diecast replicas molded after some of entertainments most recognized vehicles.  Included in the set are the following;