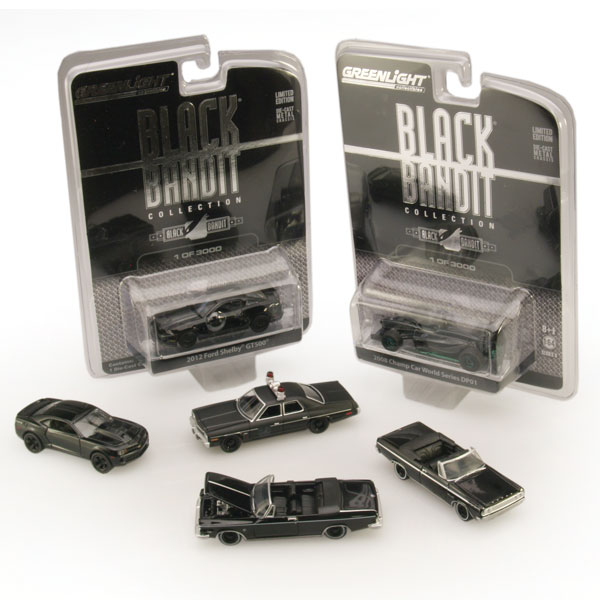 No matter what the machine, black cars look cool, period. If you agree, you’ve probably been pulled in by GreenLight’s slick as hell “Black Bandit” series of menacing rides. That color, or lack thereof, extends to more than the cars’ bodies; the models — a 2012 Chevy COPO Camaro, a 2012 Shelby Mustang, a 1974 Dodge Monaco police car (replete with contrasting “Black Bandit Police” badging), a 2008 Champ Car World Series DP01 (seen here in “Green Machine” chase decoration — cool), and a pair of midnight Mopars — a 1965 Dodge Coronet 500 and a Chrysler 300K, both top-down convertibles — wear black on their interiors, and even their wheels. Chrome trim, where it’s needed, is done in sharp tampos, and as always, the cars are pin-point detailed with great grilles, profiles, and body shapes. Most have opening hoods, too — all the better to see their miniature (and occasionally monster) motors. Don’t be afraid of the dark.