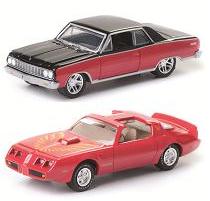 GreenLight announced this week the release of a new product line drawing inspiration from some of the most recognizable automotive magazines. ‘Zine Machines Series 1 focuses on cars that have graced the covers of such magazines as Hot Rod, MotorTrend, Automobile and Super Chevy. Each car is packaged with an image of the actual magazine cover that was published. 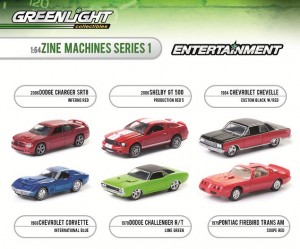 The debut of this series includes the following car / magazine combinations:

Only 4,500 sets exist worldwide, resulting in only 90 Green Machines of each car produced. 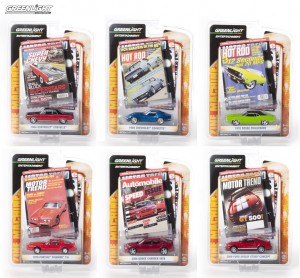