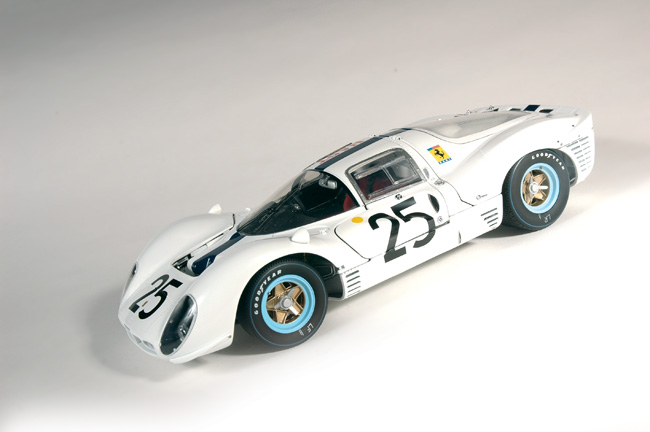 Imagine being able to stroll into the Ferrari headquarters and ask for a customized version of the famous 330 P3. That’s just what the 412P was, a “customer ordered” version of the prototype racing machine. These cars, with Weber carburetion in place of the Lucas fuel-injection system, were pure raging race cars that helped bring the Ferrari name back to the forefront of endurance racing in the late 1960s and early 1970s. There are only two 412P cars in existence (two others were converted to 330 P3 decades ago). Both are valued at over $8 million each. GMP’s NART 412P is nothing short of spectacular. In every aspect this is one of GMP’s finest efforts. The exterior is presented in three main pieces: the body/chassis, front clip and rear clip. All exterior components are beautifully finished to stark white with limited livery. A major achievement is the convex windshield that is crystal clear and distortion free. The quality of the trim, such as the headlight buckets and lenses, is really nice. Under the front clip is a cross-flow radiator core and well-presented air ducts. Removing the rear clip reveals one of the most detailed engines in the collector diecast market. The entire package is finished off with amazing Goodyear tires and real knock-off wheels. The NART Ferrari was an intimidating racer that offered the only serious threat to the Ford GT40 team. In diecast, this GMP version is second to none. 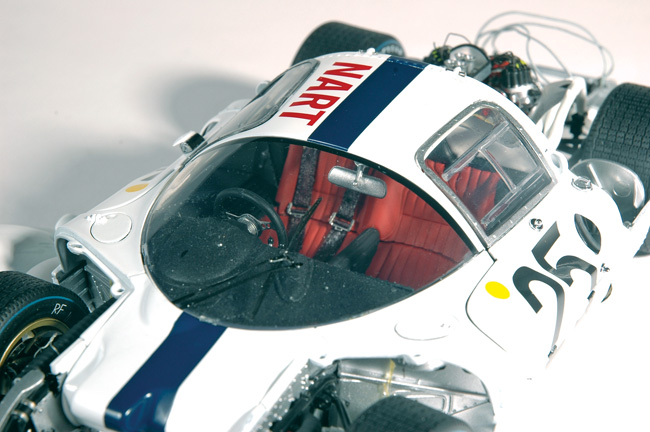 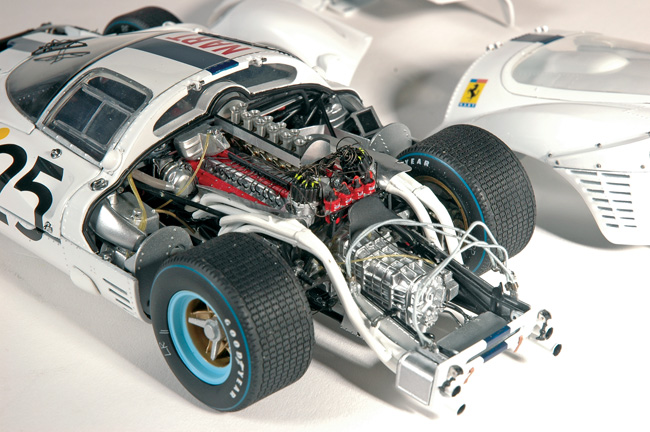