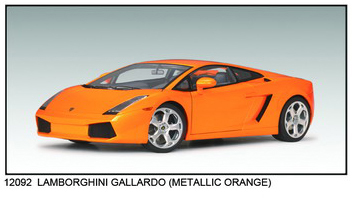 The phrase “entry-level Lamborghini” would be right at home next to “oxymoron” in Websters. But despite the supreme irony of such a label, and although the Sant’Agata factory would never officially sanction such a characterization, the Gallardo was obviously positioned to be a higher-volume, lower-cost model. Historically, the affordable exotic market had been left to Porsche and the V-8 Ferraris while Lamborghini resided in the more exclusive supercar realm. But with Ferrari getting as much or more accolades for entry-level cars like the 360 and F430, Lamborghini figured “Why not us?” And with the production resources of then-parent company Audi to share components and development costs, the idea of an “affordable” model was viable. Thus the Gallardo.

With nearly 500 fewer pounds to lug around than the flagship Murciélago, the Gallardo became Lamborghini’s best all-around performer, despite having two fewer cylinders making 75 fewer horsepower than its big brother. It also cost 40% less. More importantly, it made 100 more horses than its main rival the Ferrari 360 Modena. Not surprisingly then, it has been Lamborghini’s most popular model to date, with nearly 7000 Gallardos built so far.

While not exactly peanuts, the $400 AUTOart gets for its huge 1:12 scale Gallardo replica is a little more manageable than the $190K Lambo is asking for the real deal. For that you get more than 8 pounds of highly detailed diecast that shows off beautifully the Gallardo’s edgy styling and technological wizardry. Its available in three colors — the newest is this dynamic orange. Check out autoartmodels.com to see more.