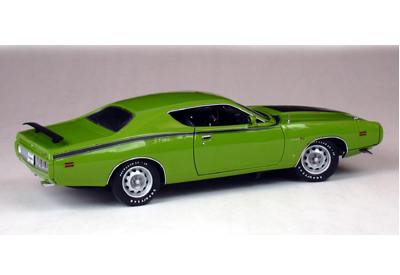 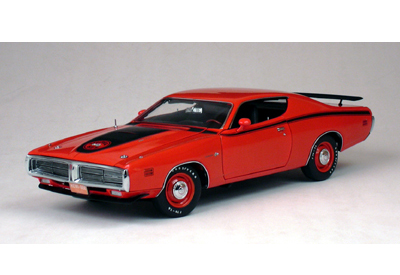 The 1971 Dodge Charger was ahead of its time in many respects — styling, handling, comfort and features were all state of the art for the day. And of course Mopar’s musclebound motors kept it at the front of the pack in performance. Supercars reminds us just how cool the Charger was with its new 1:18 Limited Releases, based off of RC2’s Authentics Series casting. Supercars is doing both R/T and Super Bee versions in a variety of colors. Highlights include verious combinations of functional Air Grabber hood scoops, Rallye wheels, fully wired engines (Hemi and 440-6), realistic hood hinges, rotating driveshafts, interior carpet, actual chrome moldings, and working suspensions.
Supercars also sells the RC2 general release versions, so no matter which Charger gets your motor humming, you are all set. Check them out at http://www.supercar1.com 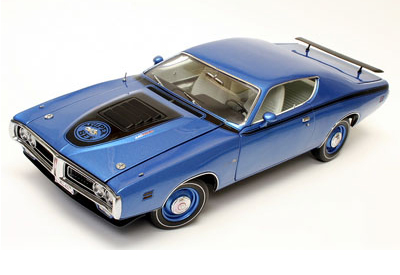 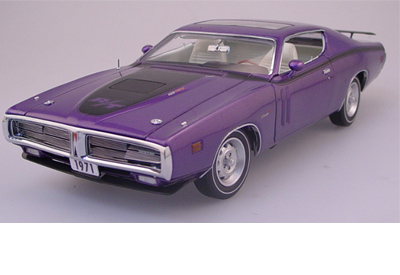 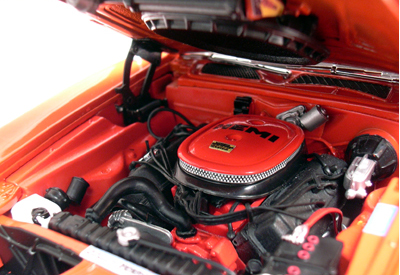 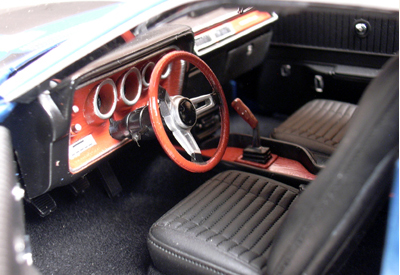