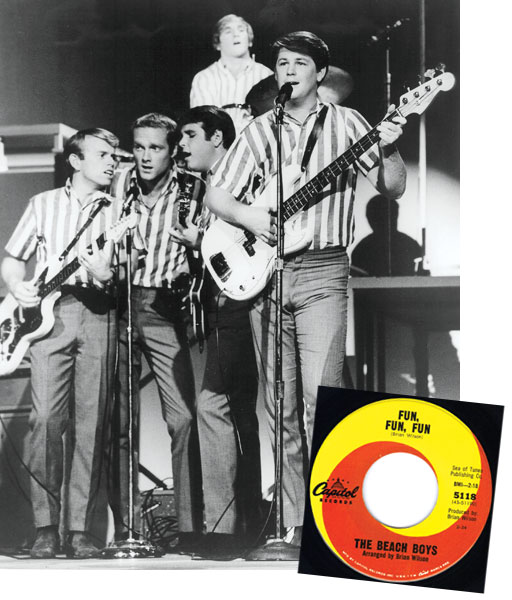 One of the catchiest car songs ever recorded is not without its controversy. Brian Wilson and Mike Love penned a tune about a girl who tells Daddy she’s heading for the library when actually she takes the family T-bird to the local burger stand to hang out, cruise, and get into a bit of mischief. One story says the song “Fun, Fun, Fun” was written about the daughter of a Salt Lake City radio station owner, while another claims it was about a girl from Hawthorne (Los Angeles) who was infatuated with Beach Boys drummer Dennis Wilson. Either way, the teenager borrowed her father’s T-bird and lied about where she was going, what she was doing, and how fast she was driving. Likely, the same thing has been happening since there were girls with cars, places to hang out and protective dads.

Several things are for sure about “Fun, Fun, Fun.” It reached number five on the 1964 Billboard chart and it was a key element in the breakup of the band and its manager, Murray Wilson. Another interesting fact is that the vast majority of listeners envisioned the girl driving a 1955-1957 T-bird. This included George Lucas who was inspired to create “a blond in a Thunderbird—a white ’56 don’t ya know” in the movie American Graffiti. The song’s lyrics do not specify what year T-bird the freewheeling teen drove. Because the song was recorded on January 1, 1964, it could have just as easily (and likely) been a 1958-1960 model.

For the sake of argument, the T-bird in the song is mirrored in Sun Star’s 1960 Thunderbird. This ivory-colored hardtop is a smashing representation of the 90,873 sold that year. Sun Star’s 1:18-scale version is a very nicely detailed and correctly cast selection—especially for a price under $50. Sun Star got the trim right as well as the popular whitewall tires and the groundbreaking wheel covers with an ahead-of-its-time directional pattern.

While the mysteries about “Fun, Fun, Fun” have not been fully revealed, the quality of the Sun Star ’60 T-bird is there for all to see—and well worth a space in any cruisin’ or burger stand collection. 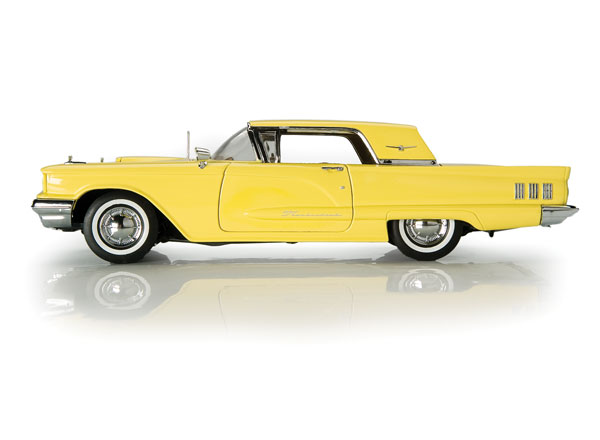