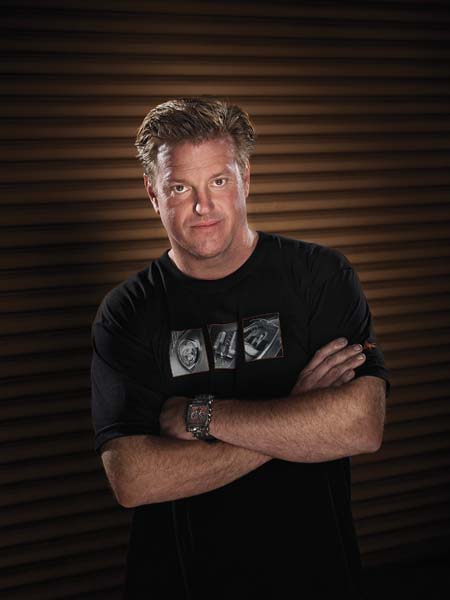 Chip Foose is literally a chip off the old block—the block being Chip’s dad, Sam Foose, whose custom cars were frequently scaled down to model size in the heyday of plastic kits and rattle can paint. Chip first got his hands dirty at a tender age, working alongside Sam at Project Designs in Santa Barbara, CA, learning the ins and outs—and the occasional pratfalls—of working in a high-end rod and custom shop. 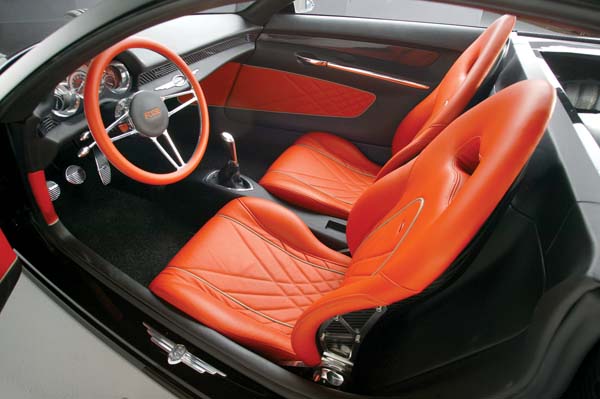 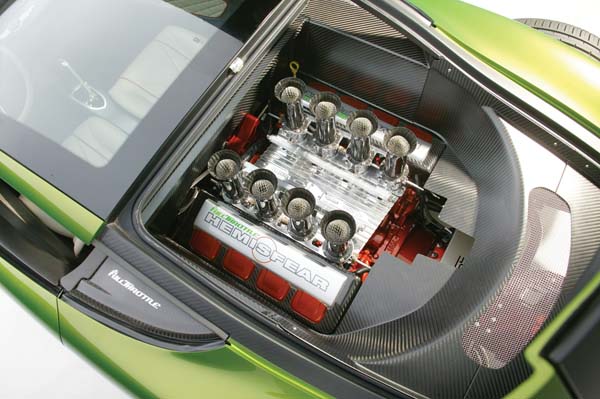 It was a fateful meeting with a legend—Alex Tremulis, who penned the coffin-nosed Cord 810/812, as well as the Tucker automobile—that cemented Chip’s resolve to become a car designer. Tremulis recognized the raw talent in the not-yet-teenaged kid’s sketches, and suggested that the younger Foose someday attend the Art Center College of Design in Pasadena. It would take years, but once the rest of the world got to see what Alex saw that day in Sam’s shop, there would be no turning back.

DCX: When did you know you were going to be a car guy? What got you started?

My dad, Sam Foose, was, and has always been, a huge inspiration to me. I used to sit and copy his drawings for hours, and I learned my skills working in his shop. I’d like to say I was helping, but I destroyed more than I fixed for the first few years. There are stories of me accidentally leaving rags soaked with lacquer thinner on fresh paint, or driving the shop truck through a fence into a freshly painted Rolls Royce and Porsche…all of which I will deny! Seriously, it was through these incidents/accidents that I learned some of my best lessons.

DCX: If we did our homework properly, it was a sketch that you completed while attending the Art Center College of Design that led to the actual Plymouth Prowler. Can you share that experience with us?

When I was a senior at Art Center, Tom Gale, then VP of Design for Chrysler, came to us with a project to design and build a model of a vehicle that would respond to a niche market. Tom was an avid hot rodder, and I suggested that I wanted to design a vehicle that would create a new niche market: factory-built hot rods. I developed the original concept, and built a scale model of what later developed into the Plymouth Prowler. To say I designed the Prowler is not fair to the many talented designers at Chrysler, but the project was based on my initial design concepts. Seventeen years later, through my friend and licensing agent Carson Lev, we were able to strike a deal with RC2/JL Full Throttle Die Cast to build a full-sized, functioning car, the “Hemisfear,” based on my design work for the car at Art Center. 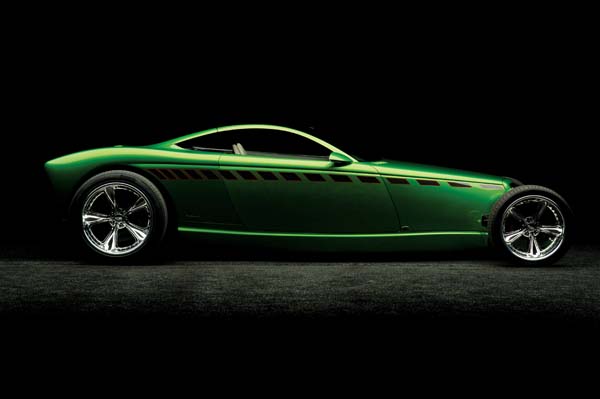 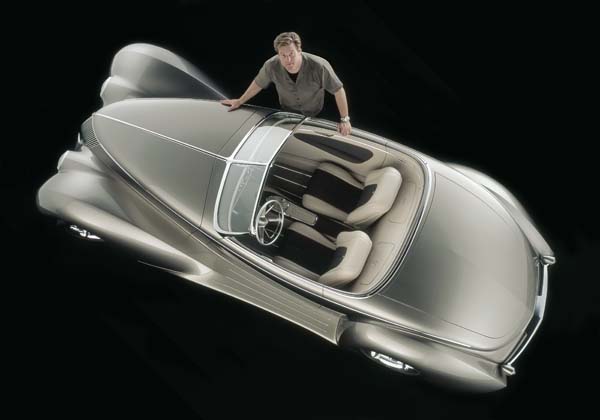 DCX: We know that you are a huge diecast fan; do you collect a specific brand of diecast or type of diecast? Do you have preference in scale?

I grew up in the Hot Wheels era, so I collect those. They’re especially important, since they remind me of my youth, playing on the floor of my dad’s shop. I also collect RC2, M2, Danbury Mint, and Franklin Mint, along with vintage Buddy L trucks and trains, and other old stamped metal cars and trucks. I have a real fondness for antiques of all kinds, and love to cruise the old stores in remote areas for my next find.

DCX: We know that you were involved in the development of the Full Throttle diecast line; can you share some behind-the-scenes memories about your experiences with that?

I especially enjoyed working with Eric Tscherne and Ed Alfaro of RC2. Carson was involved in the process also, and his years at Hot Wheels helped bring the project forward. Eric worked with Carson at Hot Wheels, too, so it was fun to reconnect the team. The development process was fast, and resulted in about 22 small scale (1:50) and 12 1:24 replicas of my work. It was great seeing my cars in scale and working through the design process.

DCX: So, we know you have to have some prototype pieces from your partnership with RC2 hiding somewhere. Can you share a few with us? Do you have any prototypes that were never released?

I have a few that were never released. A concept “Pickup,” loosely based on a modern version of a 1956 Ford F-100; a concept mid-1950s Oldsmobile- based convertible; a modern concept pickup; my P-32 Ford Roadster and my 1956 Ford F-100 pickup that was “Overhauled” for me. None of these made it into production, and I only have samples of a few. The rarest diecast car I have is a Hot Wheels prototype of the Grand Master Chevrolet I designed for one of my best friends and customers, Wes Rydell. The 1:64 scale GrandMaster Hot Wheels was scheduled to be produced back when Carson worked in Hot Wheels Design and Licensing, as part of the Hot Wheels/Mothers Wax licensing agreement. A master epoxy pattern in 1:24 scale was built and approved, and tooling was produced. Six pieces total were made, and provided to use for approval; unfortunately, at the same time, the Hot Wheels/ Mothers agreement was ending. But the Grand Master could only be produced under this agreement. Without the agreement in place, the project was cancelled, and the tool destroyed. If I know my Hot Wheels history, this would make this car even more rare than the Volkswagen Rear-Loading Beach Bomb! 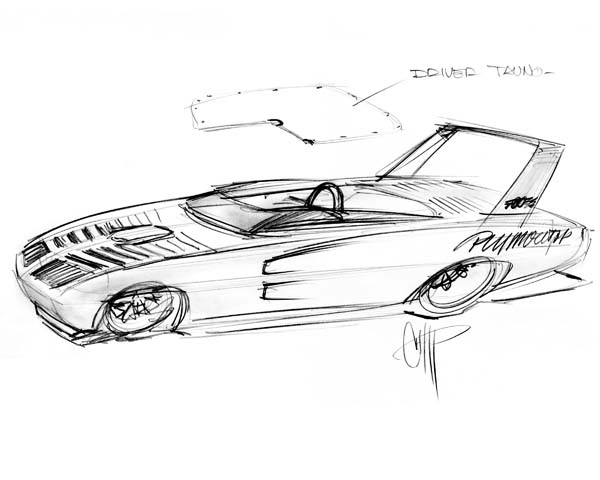 DCX: We heard the news … congratulations on your partnership with M2 Machines. Can you share any info with our readers about what’s to come from the partnership?

I am extremely happy to have my vehicle designs back in diecast. M2 has been great to collaborate with, and I’ve enjoyed working with Sean Taylor and Chris Leung. The full line will be announced soon, probably around the time of this magazine hitting shelves. I’ll let the M2 guys announce the actual products—but I will tell you this: there are some castings that will be based on my designs that have never been seen before, and some that are based on actual cars we are in the process of building for customers at Foose Design. It’s going to be cool!

The line will start with 1:64, but I’m hopeful it will also expand to larger scales.

DCX: We have to ask you the same question that all of our contributors were asked this month—What is the one piece in your diecast collection that you will never let go of, and why?

Probably that Hot Wheels Grand Master prototype. It’s the rarest piece I own, and I had an opportunity to work with my friends on the project. 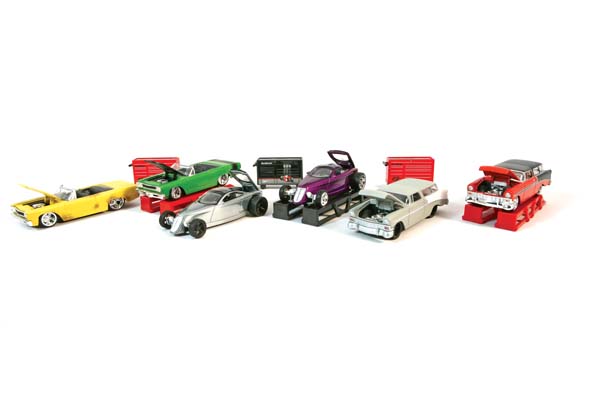