Revvers were a one-year-only release for the Hot Wheels’ 1973 lineup. Slightly larger than the normal Hot Wheels car, they were also somewhat self-propelled. Unlike the 1973 Sizzlers, which were battery-powered, Revvers were rubber-band-powered. They were designed to use two rubber bands that were connected front to rear underneath the vehicle and were wound by rotating a rubber wheel attached in the back. You had to roll the wheel across the floor five or six times to wind the rubber bands, and then you pulled the roller out to lock it so that the rear wheels didn’t spin until you were ready. Then you set the car down, pushed the rear of the vehicle down to unlock it, and off it went!

There were 10 Revvers models, which consisted of eight vehicles and two accessory vehicles. The vehicles were sold separately, and the accessories came as a two-pack that included other Hot Wheels vehicles. As with all other Hot Wheels, there were track sets to race your friends. Reportedly, four track sets were produced: “Race Trap,” “Robot Ramp,” “Speed Streek,” and the “Revver Speed Run Test.”

The Race Trap and Speed Streek sets are the most common; the other two being somewhat of an anomaly. I’ve never seen the Robot Ramp set or even photos of it, but it has been listed in some publications. The Speed Run Test set is not that well known either and is not listed in most publications, but I do have photos of the box and contents of this one. It’s quite possible that both sets were preproduction and never released publicly because the series was canceled after its first year. 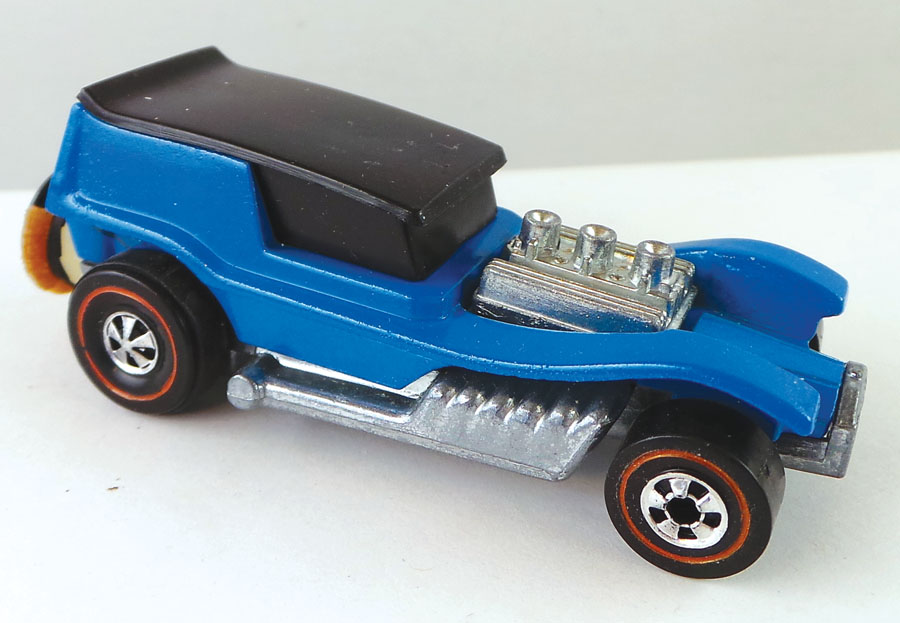 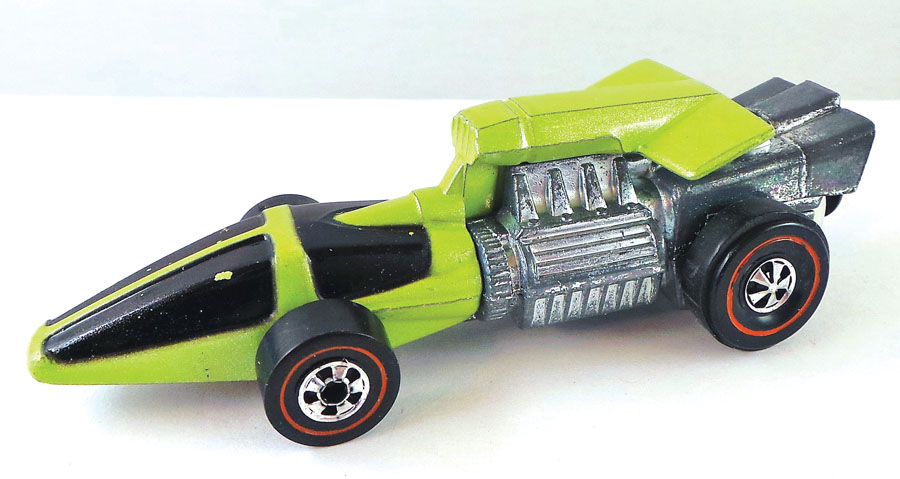 Along with track sets to play and race with, kids had to have a safe way to carry their collection of Revvers to their friend’s house. The Revvers Team Case is a carrying case that looks like the original 12-car Redline Rally Case. The front of the case has a red embossed “Hot Wheels” logo and “Revvers Team Case” lettering. Instead of the mag wheel sticker in the center of the original Rally Case, the Revvers Team Case has a gray plastic mag wheel–type snap-in insert. The inside of the case is also similar to the Rally Case but has larger slots to hold the larger-size Revvers vehicles.

All the Revvers vehicles, track sets, and their accessories are pretty hard to come by and not often seen for sale. Probably the rarest and most expensive of the series are the Accessory 2-Paks. Between the two, I would say that the Revvers Camper Set is the rarest to find carded. This set came with a camper trailer hooked to a regular Hot Wheels car. The camper had a wind-up wheel at the rear like the Revvers vehicles, and it would propel the trailer and the Hot Wheels car as a unit. The camper had a yellow plastic body with an unpainted diecast metal base. It used a hook similar to the ones from the Drag Chute sets to hook the car to the trailer. These Camper sets came with a few different Hot Wheels “Enamels” cars, which added to their desirability and makes them hard to find today. The Revvers Camper Set has been found with a blue enamel “Sweet 16” and the “Alive ’55” (Nomad) in pink, light blue enamel, and dark blue enamel. It’s also been found with the “Street Snorter” in light lime green enamel and red enamel. All the 1973 Enamels castings are highly sought after even without the camper and the Revvers packaging adding to their value. 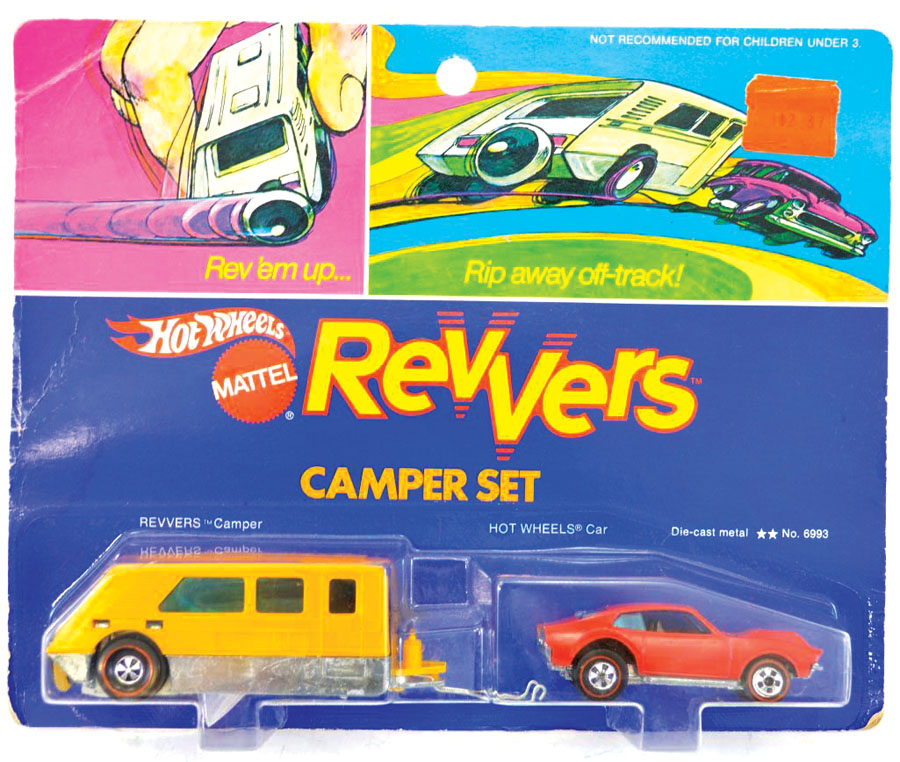 This Camper Set with red enamel Street
Snorter is probably the rarest of all Revvers. 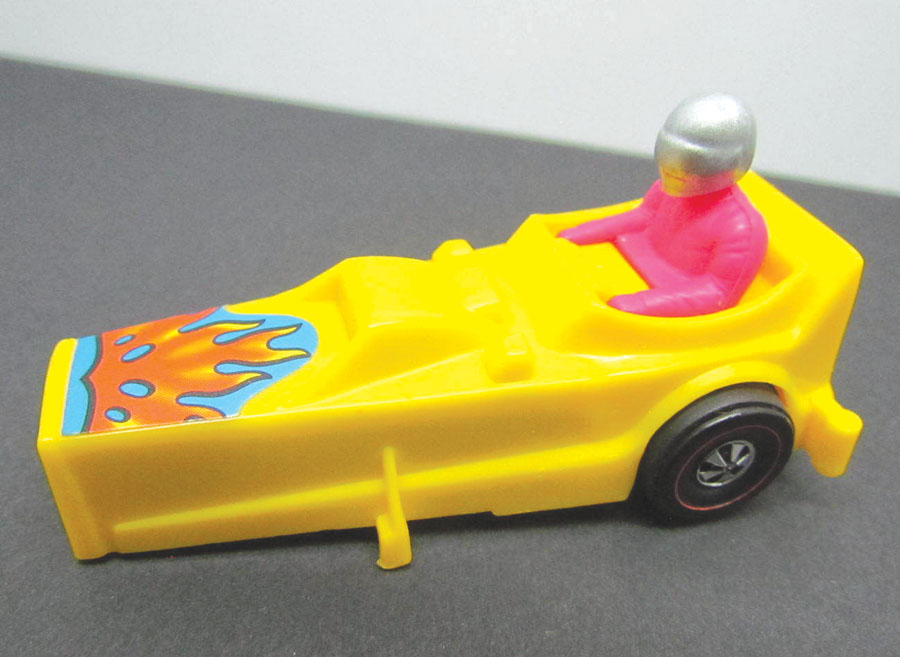 The Revvers Sidecar came with either a Rrrumblers Preying Menace or a Bone Shaker. 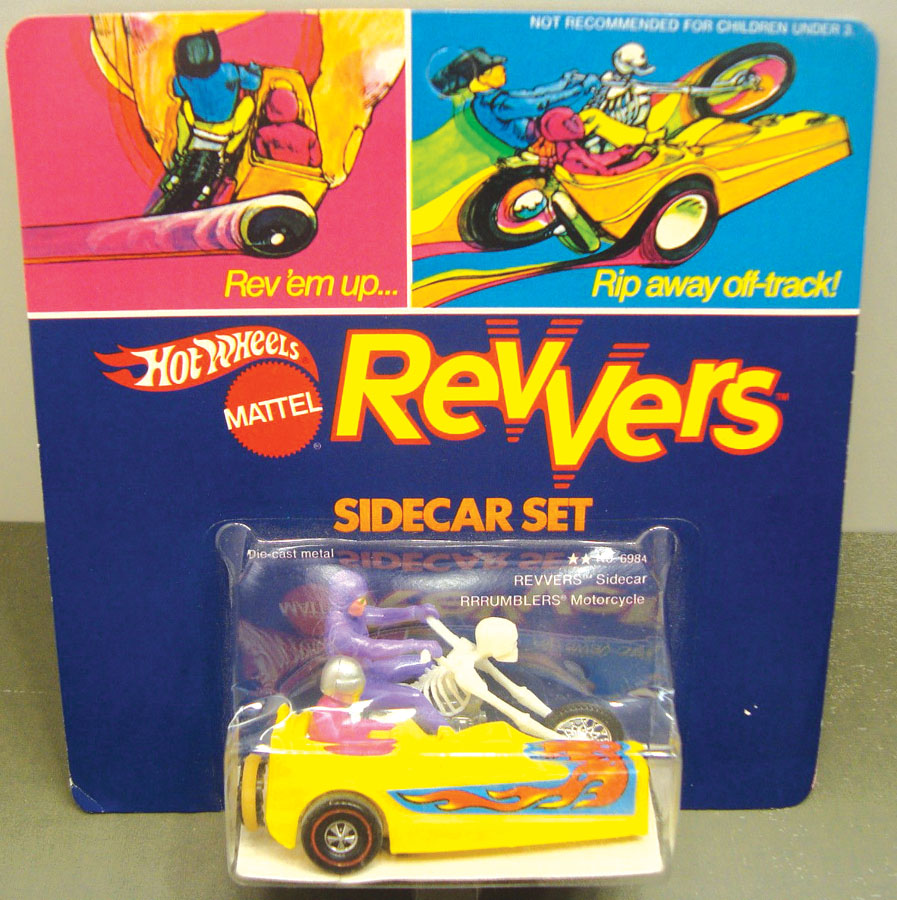 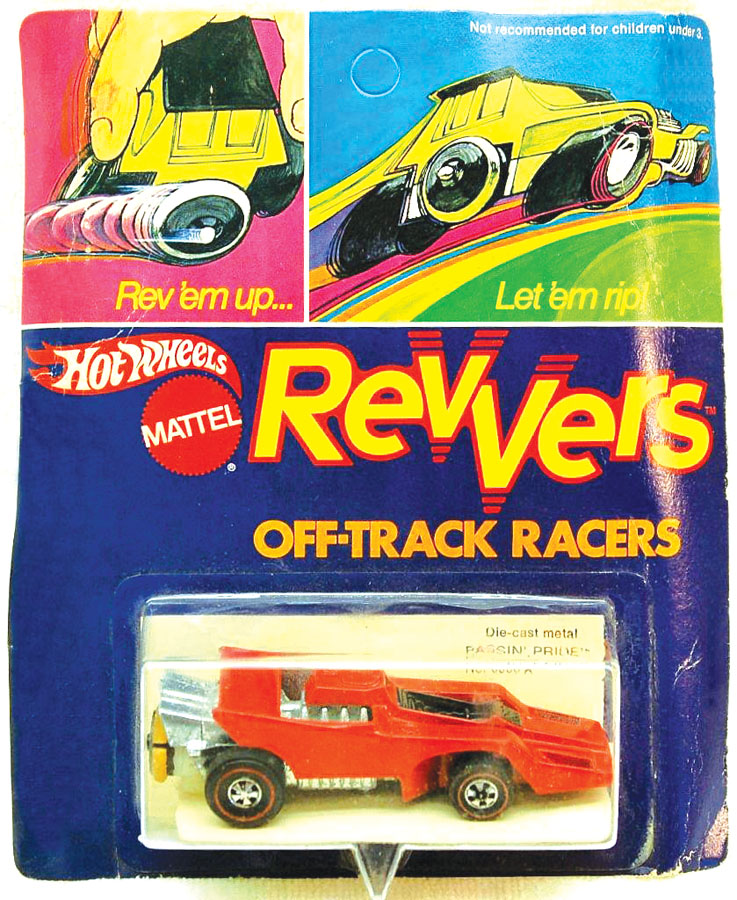 Because of their collectability, many of the original Enamels were separated from their trailers over the years. 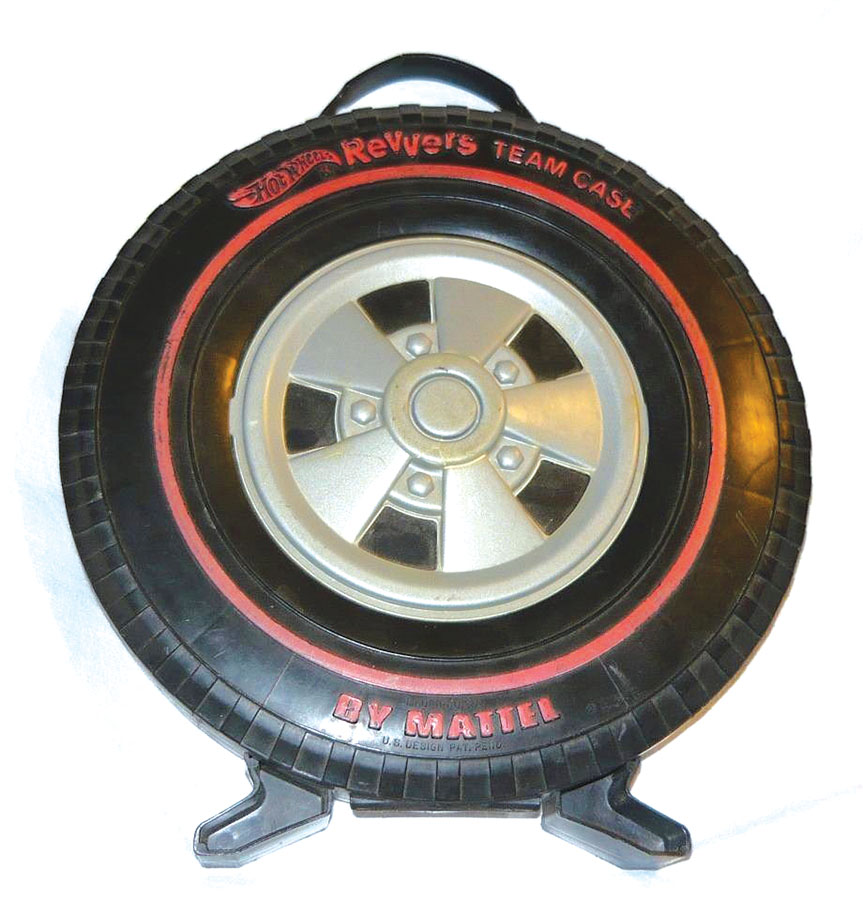 The second accessory is the Revvers Sidecar Set that was used with Rrrumblers Motorcycles. The Sidecar Set has been found packaged with a green Rrrumblers “Preying Menace” and a green rider, or a white Rrrumblers “Bone Shaker” with a red, purple, or yellow rider. The Sidecar is yellow plastic, and like the Camper, it is rubber-band-powered with a wind wheel at the rear. The Sidecar is connected to the Rrrumblers Motorcycle by a black plastic brace. Both of these sets command some serious money on today’s secondary market if you’re fortunate enough to find one for sale. Depending on carded condition, they can each sell in the $800 to $1,000 range!

If you choose to collect anything from the Revvers series, here is a list of what was released and in what colors. 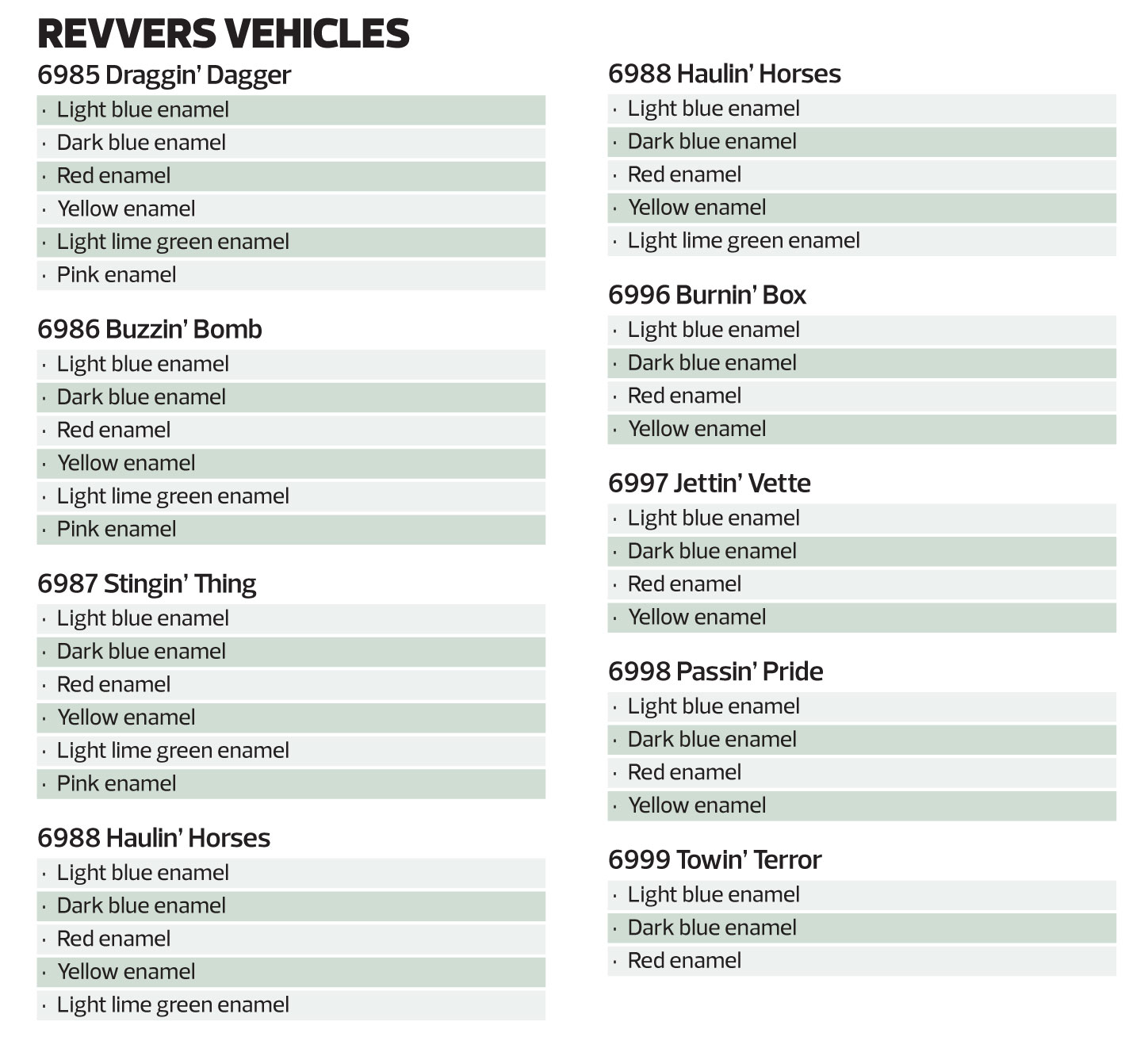