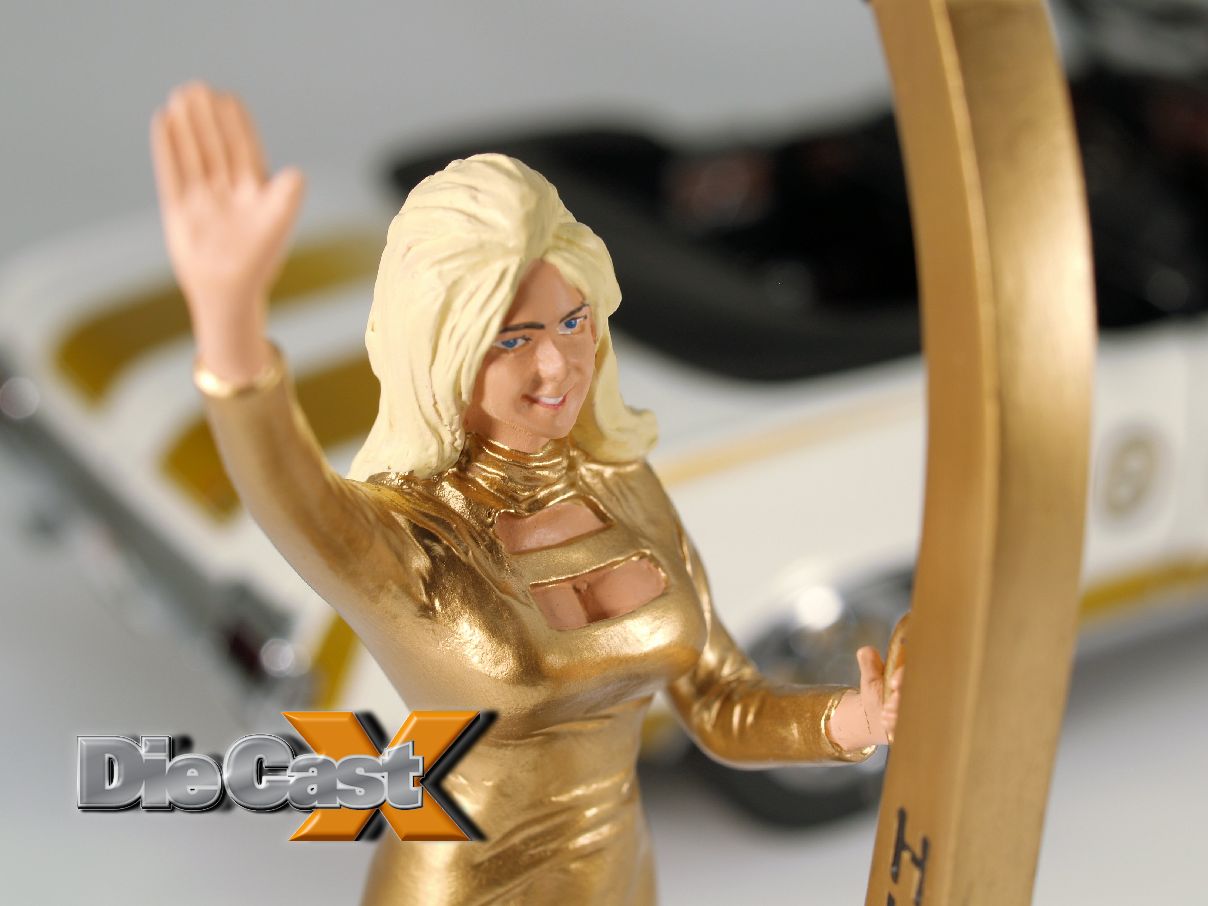 Linda Vaughn – southern drawl, and all – is still a major force of nature at some of the larger car shows and industry events, and her legacy is as one of the leading spokeswomen in performance car history.

Born in Georgia, Linda started out as a dental technician, but it didn’t take long for her natural beauty to outshine the confines of the drilling room. A couple of stints as a winning beauty contestant soon got her a job as Miss Atlanta Speedway, then “Miss Union 76”. Then a fellow named George Hurst caught sight of Linda – and the rest was history.

Actually, it was her story; Linda Vaughn became an immortal, and her beauty and charm (among other things) wowed the fans and made her an icon. Through much of the ‘sixties and ‘seventies, “Miss Hurst Golden Shifter” had millions of red-blooded American males pulling their neck muscles and hoping for a glimpse of the vaunted Vaughn in her signature golden mini and white boots. The lucky ones got to see her as she waved from a specially-built trunk platform, mounted to a parade or pace car, with a giant Hurst Shifter at its center.

Now, we’re all lucky. ACME Trading Company’s 1:18 Linda Vaughn figure (seen here as a first decorated sample) is one of the coolest display accessories we’ve seen this year, and it’s available as a standalone piece ($14.95), a figure with a Hurst T-handle shifter platform ($29.95), or as a set with the figure and platform along with a Lane Exact Detail 1972 Hurst Olds Pace Car and special mounting wedge for the trunk ($149.95).

The figure is super (both Linda’s and the sculpted one), with sharp lines, believable skin and hair tones, and a beautifully done, smiling face that looks like Linda in the later part of the 1960s. The figure’s hand fits neatly into a grab handle on the shifter, and though we haven’t yet seen the full-on ensemble including the Lane car, we did put our own Olds pacer together with the figure for these snaps.