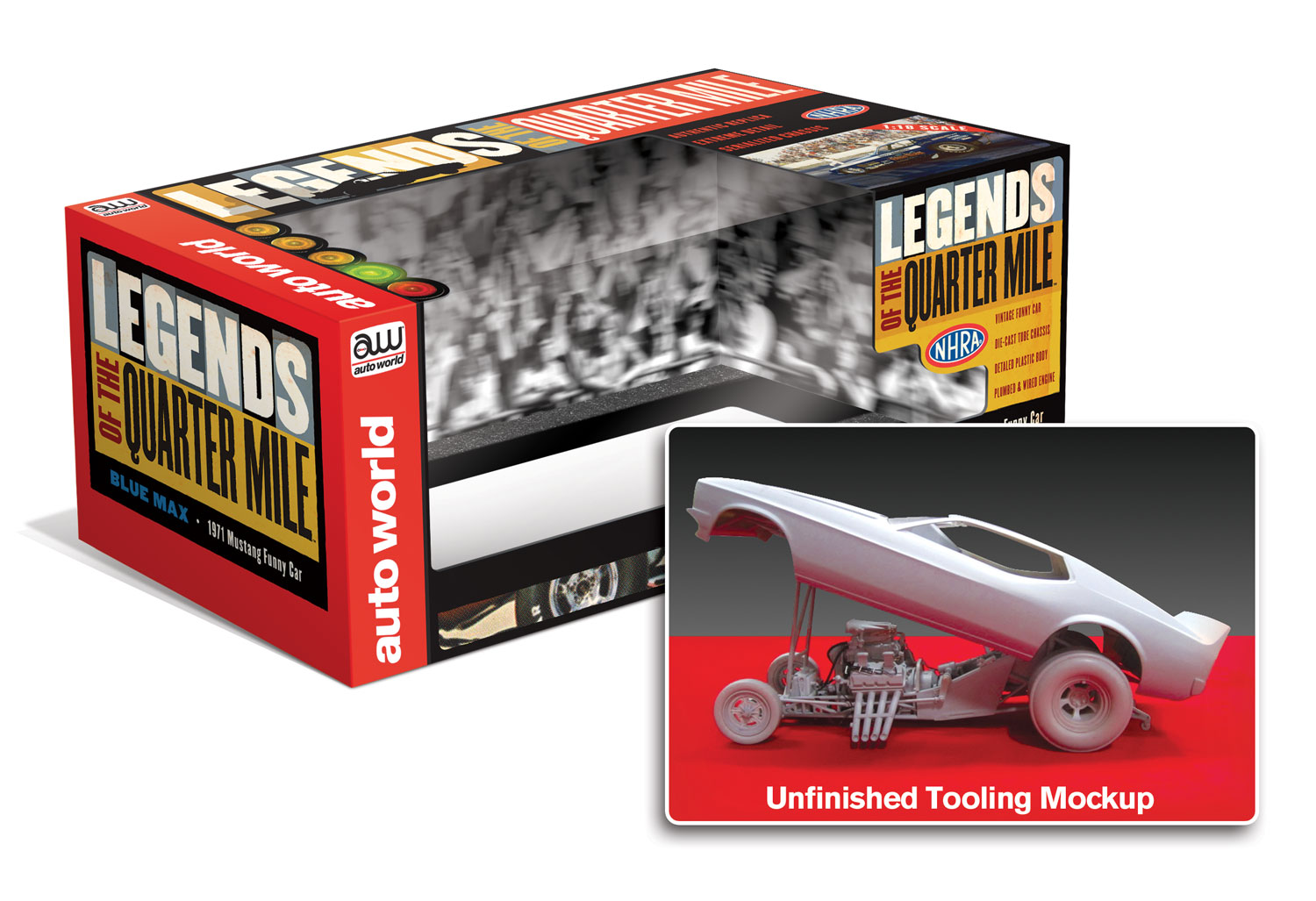 Round 2 has officially announced “Legends of the Quarter Mile”, an all-new line of vintage funny car collectibles that honors the men and machines of drag racing’s heyday during the 60’s and 70’s.

It was a time when the sport of drag racing was starting to gain real momentum; dedicated fans flocked to the tracks to see the flashy and unpredictable over-the-top racers, with their flip-up bodies on a tube chassis, filled with the growing technology of the era. That fever – and those cars – set the stage for drag racing as we know it today.

The 1:18 scale is an ideal and familiar size for Auto World to create such a detailed model, with room to include all the features that bring a funny car to life; these die cast cars with plastic bodies will have over 100 parts. Features include soft rubber tires, authentic replica funny car bodies with historically accurate graphics, detailed wheels, and manufacturer-specific engines that are fully wired and plumbed.

If you like your models on the move, Auto World is creating 1:64 scale slot cars in the style of the classic drag racers as well. The “Legends” line of slot cars will feature funny car bodies on Auto World’s 4Gear chassis, which has an extended wheelbase and large dragster-inspired wheels and tires. Best of all, two neodymium traction magnets make them the perfect “engines” for these classic funny cars, and the perfect machines to run on an equally-new slot car drag strip track set (though the cars will run on any set). The AW setup includes the vintage race cars, 13 feet of track, two variable speed controllers, and an LED “Christmas Tree” with in-track sensors and win lights, all geared to recreate the thrill of drag racing in your own living room!

Look for these exciting race cars at your local hobby store in the third and fourth quarter of 2012. 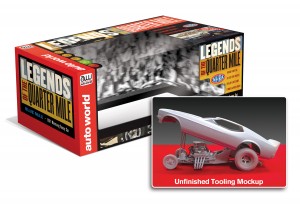