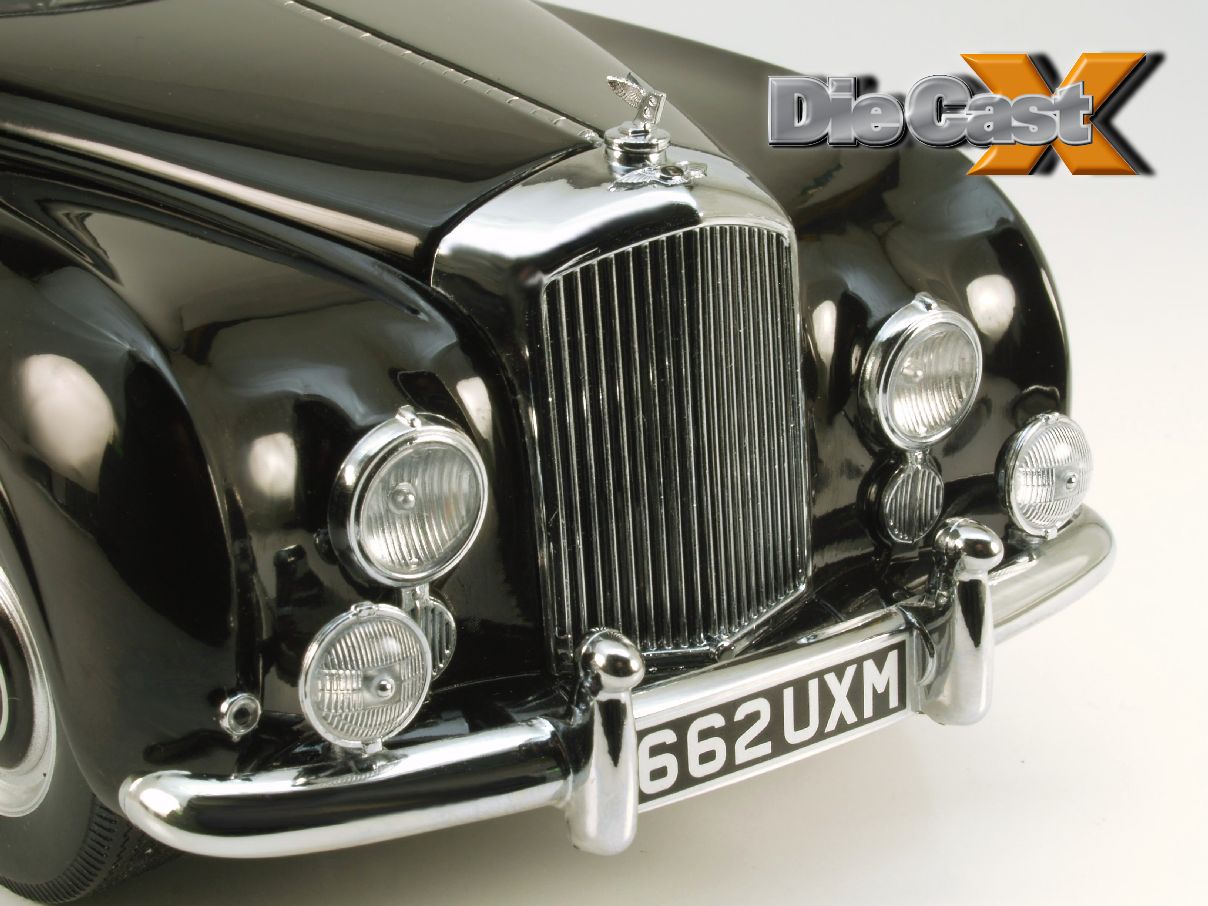 In these days of double-century top speeds and planet-shifting torque, the horsepower and performance numbers put out by the Bentley R-Type Continental back in 1954 seem kind of quaint. But at the time, the car was deemed the fastest four-seater in the world.

With a fastback body by H.J. Mulliner, it was also one of the most lusted after machines to ever emerge from the new post-war works at Crewe, with styling that came across as a mix of staid, upright English elegance and raw-knuckled power. That shape, and that power, still make the car an extremely capable high-speed cruiser, almost six decades after it was built.

While we’ll be giving this new Minichamps mold a full-court press review in the coming weeks, we couldn’t wait to show this all-new tool off. New models – high-end pieces in particular –  are always something to celebrate these days, and we’ve been following this one from its announcement and early gestation in 2010 to its arrival as a hand sample in early 2011.

Now, in production form, it’s delivered on its promise. This is a beautiful model car.

The shape, stance, and scale of the thing are dead on; Minichamps has a way with bodies in this scale (and an apparent affection for Bentley). Be warned: it’s a big ‘un, and the car will scarf up shelf space as quickly as the real thing munched macadam. This variant is finished in metallic black with a beige gut; the tires are blackwalls, and the wheel covers are a correct dull silver with body-colored inserts (other Continentals, including some R-Types, have been seen with chromed discs). It’s got opening doors, hood, and trunk, a working suspension, and steerable wheels.

It’s also got some neat detailing. The outer decos are slick, thickly chromed where necessary, and flawlessly installed; the lensing is deeply etched and clean, especially the driving lights, and the assembly from bumper to bumper is tight and tidy. The winged Bentley marque above the boot handle is exquisite, as is the whip-thin chrome trim around the windows; go past it into the cabin, and there’s seating for four (five, if they’re really good friends), done in good, well-defined castings with a matte, dull-leather textured finish that also carries over to the door panels. The door top sills wear a faux woodgrain; more of the burl is on the dash, and it looks very good against the gauges and switchgear.

The piano-hinged hood splits atop a very nicely done grey and gloss black model of the Bentley’s 4.8 liter, 155-horse straight six that’s been piped, plumbed, and wired up beautifully, then set in front of a correct khaki-colored firewall. Under the car, a few castings do a lot of the work, with the deep-relief black plastic frame giving a lot of visual crunch to the piece.

It’s an impressive model, and as promised, we’ll do a full-on review (and, of course, some video) in an upcoming issue of DCX,  and here on the site. In the meantime, check out the photos – and celebrate.