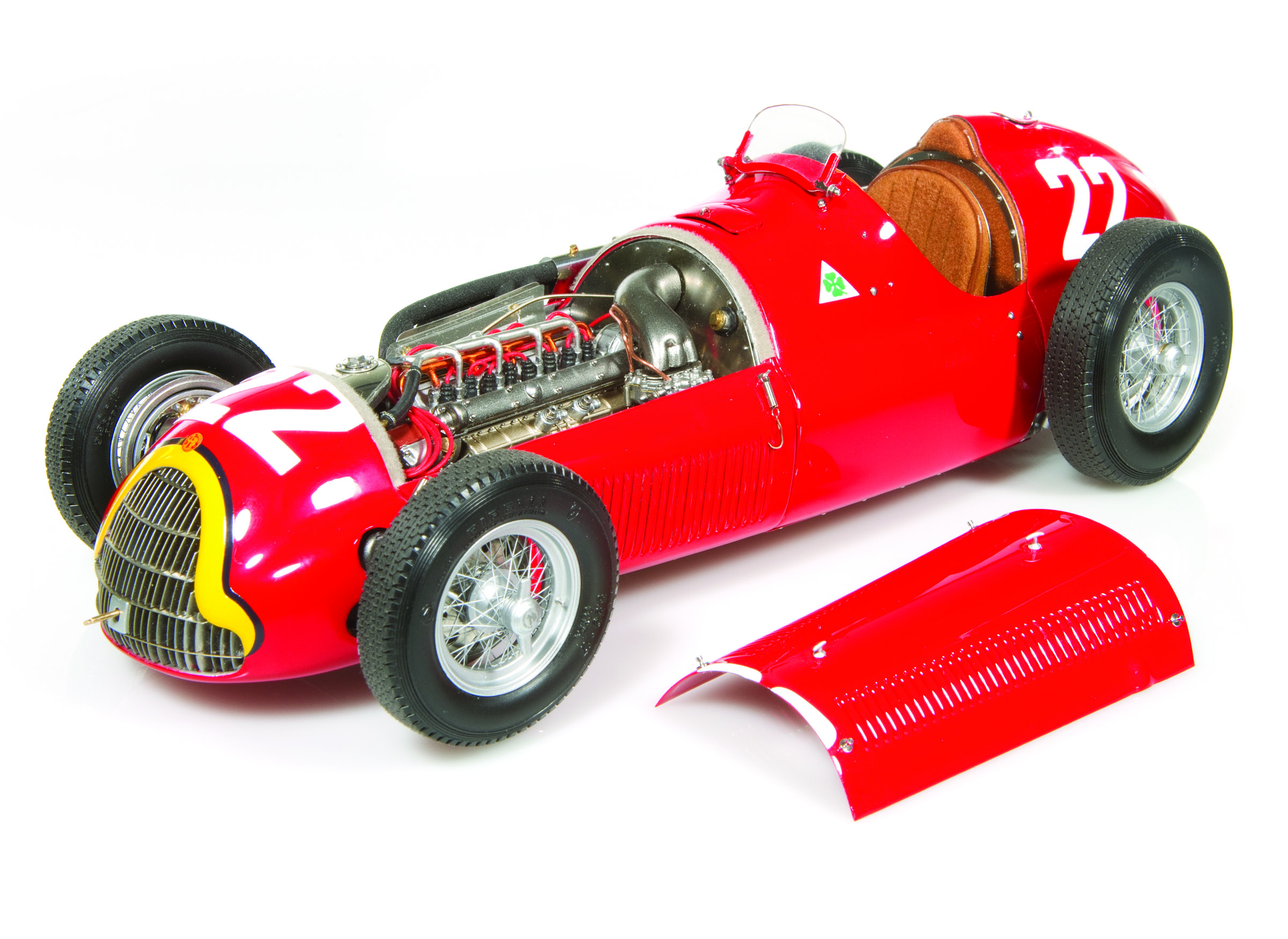 Alfa Romeo became the first grand name of postwar Grand Prix Championship racing beginning in 1950 as Juan Fangio took the brand to the title over rival Ferrari. The winning GP158 and 159 single-seaters were designed by Orazio Satta, with the latter having an improved rear suspension and a lighter, reinforced tubular frame. It also had increased braking potency, slight body modifications and a new gearbox. Exoto’s new 1:18-scale version is an amazing example of what happens when one company bent on perfection replicates another. These are handcrafted replicas from Exoto’s XS line with features and details unlike anything else in its scale. The 1951 159 racer will not disappoint even the most demanding of collectors. It’s a diecast Juan Fangio would have been amazing at.