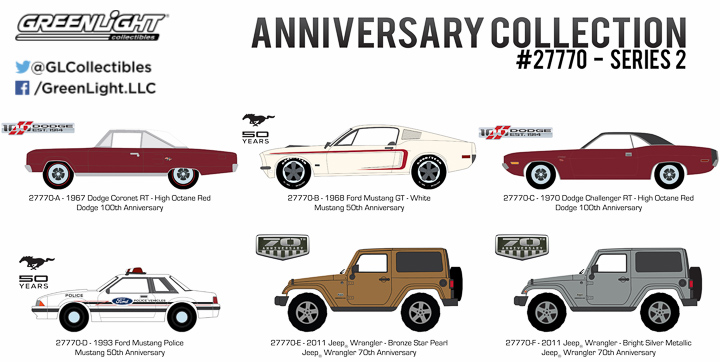 It seems like just about every automotive brand under the sun is celebrating an anniversary right now. Three of the biggies are Ford’s Mustang (50th Anniversary), Jeep (70th Anniversary), and Dodge (100th Anniversary), and GreenLight is celebrating all three in 1:64. Anniversary Collection Series 2 features a pair of 2011 Jeep Wranglers — one in Bronze Star Pearl and one in Bright Silver Metallic. If muscle cars are more your speed, check out the two Dodge classics — a ’67 Coronet R/T and a ’70 Challenger R/T — in special High Octane Red. The Mustang is represented by a burly ’68 GT fastback and a Special Service Package ’93 notchback Police Pursuit car! 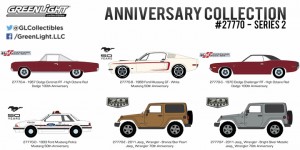