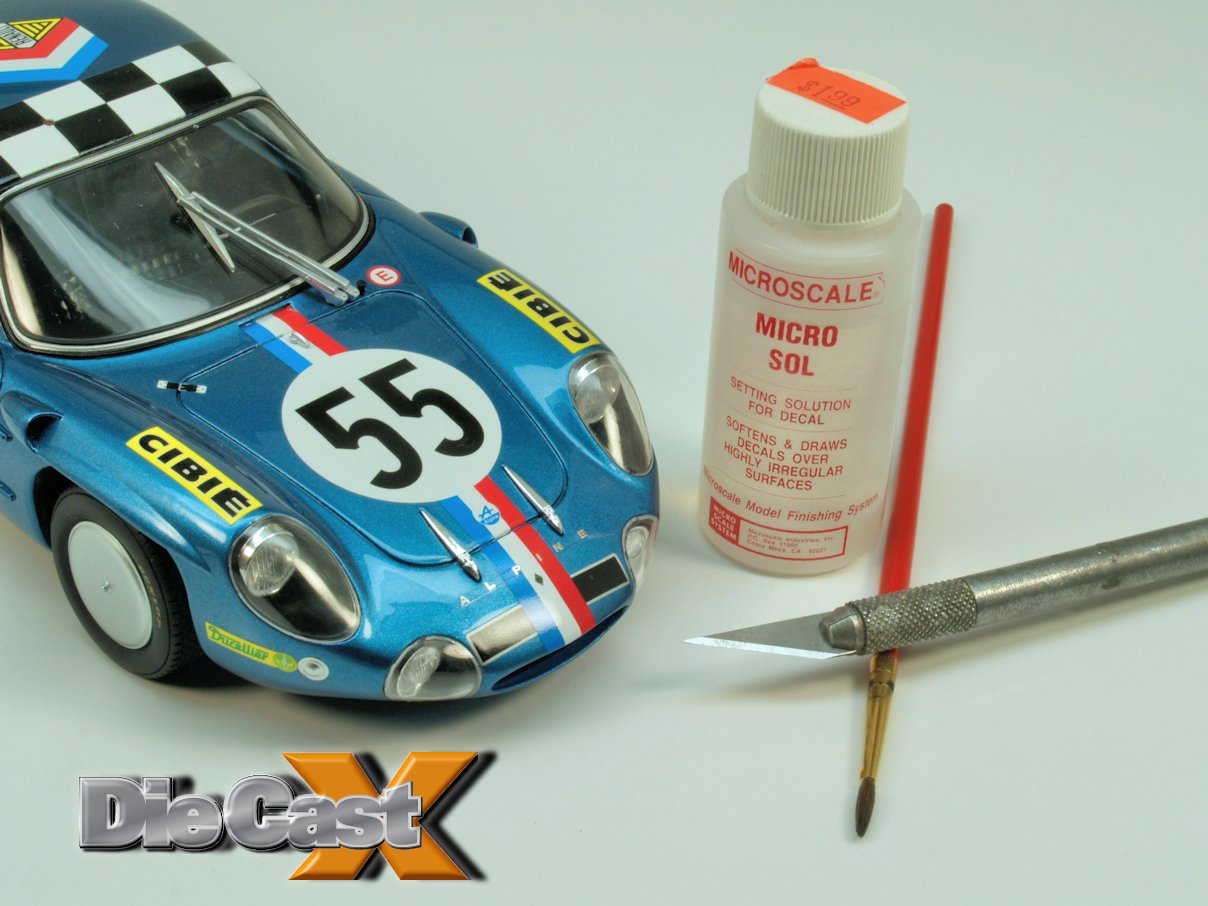 A couple of days ago, I did a review of Ottomodel’s 1:18 1968 Alpine A210, a really cool, very nicely done resin replica of a Le Mans contender. I liked the thing a lot, with the exception of a couple of minor problems – one of which was the way the decals were placed over the panel lines in the car’s casting. They were more or less draped over the gaps where they crossed hood lines and the rear deck lid seam (see the first photos, taken from the review). 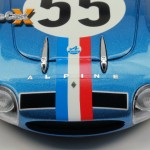 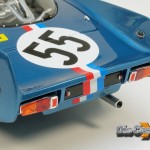 While those errant appliques weren’t something that would have kept me from buying the car, I knew that sooner or later I’d have to see if I could make the markings a little more authentic, and get them to settle into the panel lines – if only to bring them up the level of finesse evident everywhere else on the model.

In the review, I mentioned having a shot at the car with a sharp hobby knife and some Micro Sol. So… here I am, having a shot at the car, with the aforementioned liquid decal solvent. Micro-Sol is a great little gizmo to have in your diecast handbag; it’s the stuff that modelers use to get water-slide decals (the kind usually found in kits, and, as here, on the occasional limited edition ready-to-display model) to sit tight over rivet detailing and panel lines. When used during the building of a model, a few drops delivered atop the freshly placed decal will make it do all kinds of good things, and I’ve had some great – almost amazing –  results with this bottle (which, judging by the $1.99 price tag, I’ve had for a while longer than I’d realized).

When used as an afterthought, on an already dry decal, the stuff still works like a charm – but you’ll need to be a little more careful. Over time, these things can get brittle, and they’ll chip and tear if you’re not bringing your “A” game to the task. Here’s another rule of thumb – if’ it’s yellowed, let it mellow. Decals that are that old and discolored aren’t going to take well to some whippersnapper with an X-acto.

Here, I’ve used a sharp craft knife (and I do mean sharp: if you can’t remember when you last replaced the blade, you’d better do so before you rip things all to heck), a medium sized soft brush, and the solvent. It’s pretty simple: using the panel lines as a guide, run the knife slowly through the decal. 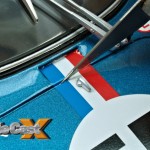 When you’re done, take the brush (use a clean one – you don’t want any old colors getting onto your surface), dip it onto the Micro-Sol, and run it liberally onto the cut area. While you’ll certainly want to avoid collateral damage, and watch out for adjacent decals or markings on the model, don’t be afraid of the stuff getting onto the paint; unless you literally bathe the model in the solvent, it dries clear, and it won’t harm the surface. 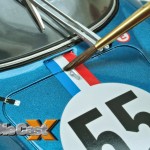 I didn’t have one on hand to show you, but if your problem is a bubble in middle of a decal – and boy, do I hate those – you can affect a fix by taking a pin and making a tiny hole in the defect, then applying the solvent. It should work just fine. Once the stuff is applied, walk away. Let the Micro-Sol do its thing. Figure at least an hour; best to leave the model sit overnight. Don’t get fidgety and try to manipulate the decal while it’s setting up – this stuff actually softens the transfer, and you could wind up with a lot of colorful goop on your hands (or, far worse, your model). You may have to do the process twice on some repairs.

Remember – this won’t work on tampos (the pad printed, paint-based art that most mass-manufactured models wear). But it will work on any model, in any scale, that’s got decals. And the result, as you can see, makes the model just a little more believable – and makes secondary market cars you may have passed on because of a decal problem suddenly viable….for the right price, of course. 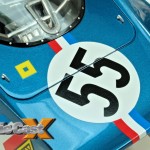