The mid-Twentieth Century was a golden age for European car design—full of lithe, sporty cars that exuded performance and class. In 1955, French manufacturer Peugeot debuted a saloon styled by famed Italian design studio Pininfarina, but its image was quite different.

The Peugeot 403 was a pretty basic car. Its boxy shape contained all the essentials to be a solid, practical vehicle, but without a centimeter of extra overhang or a strip of unneeded chrome trim. It was an “everyman” car, and it was available as a saloon, a wagon, a pickup, or a cabriolet. It was sturdy, sensible, affordable—and it was pleasant to look at in its no-frills way.

It was popular too, becoming the first Peugeot to sell over a million copies. Think of it perhaps as the French equivalent to a Ford Falcon from the same era. Legend has it that before production began, unbadged test models drove around Sochaux, France, near the factory and with locals hardly noticed them—which is kind of mind blowing for a car penned by the designer responsible for the Ferrari 250 GT that same year! The company liked what it saw, however, because over next 50 years or so, Pininfarina contributed numerous designs to Peugeot. 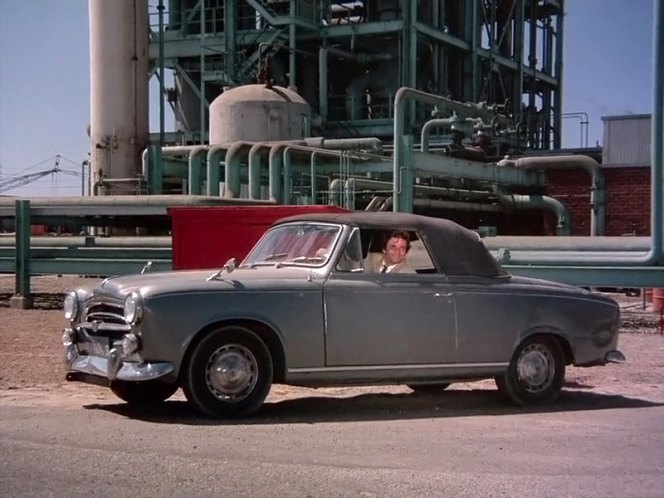 For many people of a certain age, this car is most recognizable as the convertible Peter Falk’s title character drove in the TV series “Columbo.” The detective’s car was suitably shabby, with gobs of what we now call “patina,” and its odd but pragmatic design suited him perfectly. 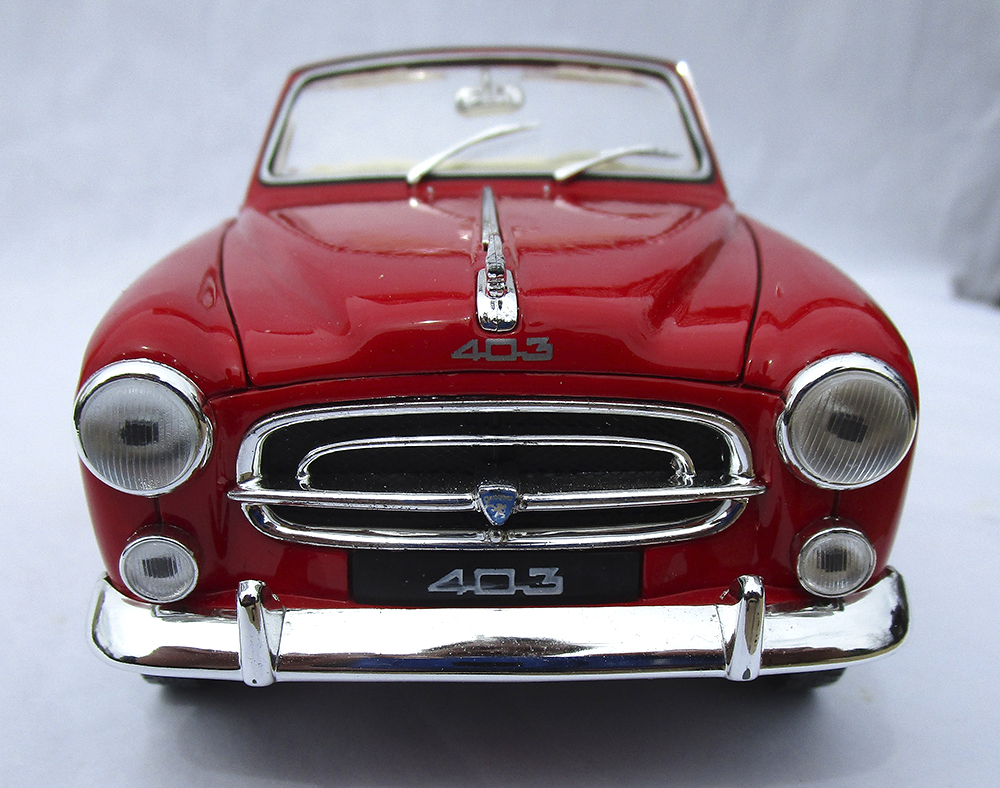 This 1/18 Pug comes from Welly and has a suitably budget feel about it. It represents one of the flashier early-year models with the pointy lion head hood ornament, (actually, that was about the only flash on the car.) For pedestrian safety, that was replaced by a grille badge on later models. The body captures those boxy lines well, although the flow is interrupted a bit by doors that don’t quite hang square on their own. 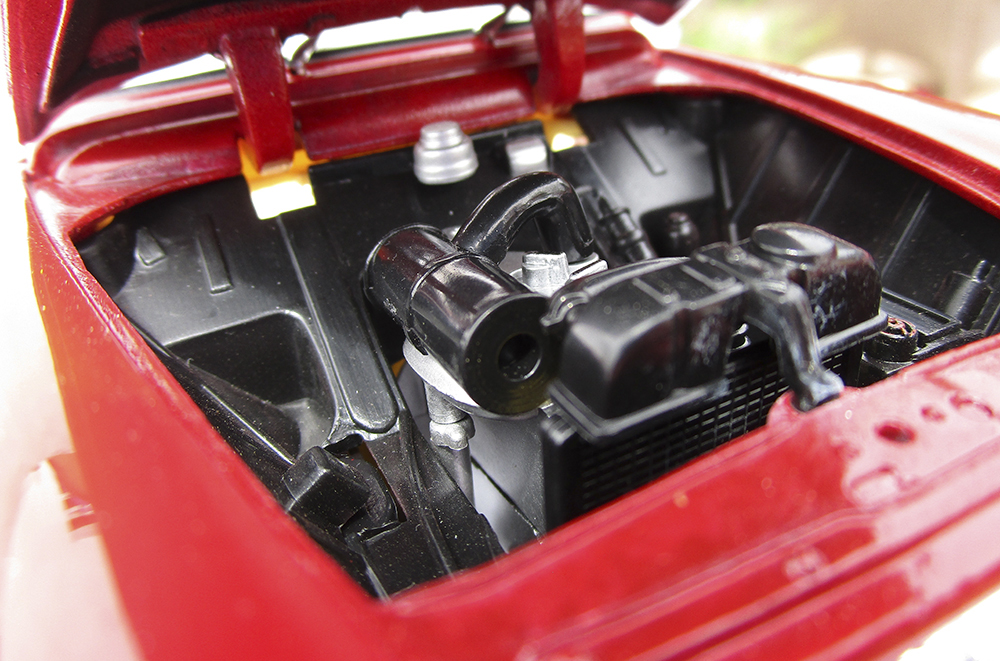 The engine bay is pretty spare—mostly molded in black and silver—with a few details highlighted. The 403’s 65hp engine was never the main attraction, but the model gives a nice indication of how simple this car really was.

The trunk is tidy with a shelf covering the spare tire compartment. The interior is nicely done for as simple as it is. 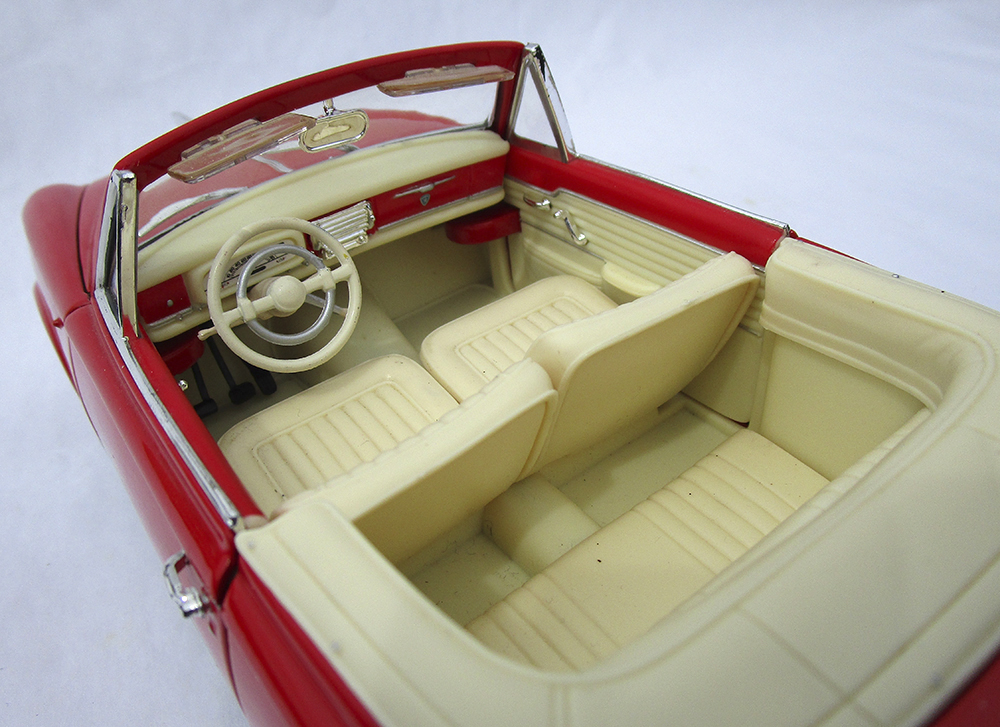 Everything inside this car is either white padded surfaces or body color metal. There are a few dashes of chrome, and the 3-pedal arrangement is in black, and that’s about it. The visors are part of the windshield and molded clear, which seems like an odd choice. However, many cars including the 403 had tinted glass visors, so they’re sort of correct. 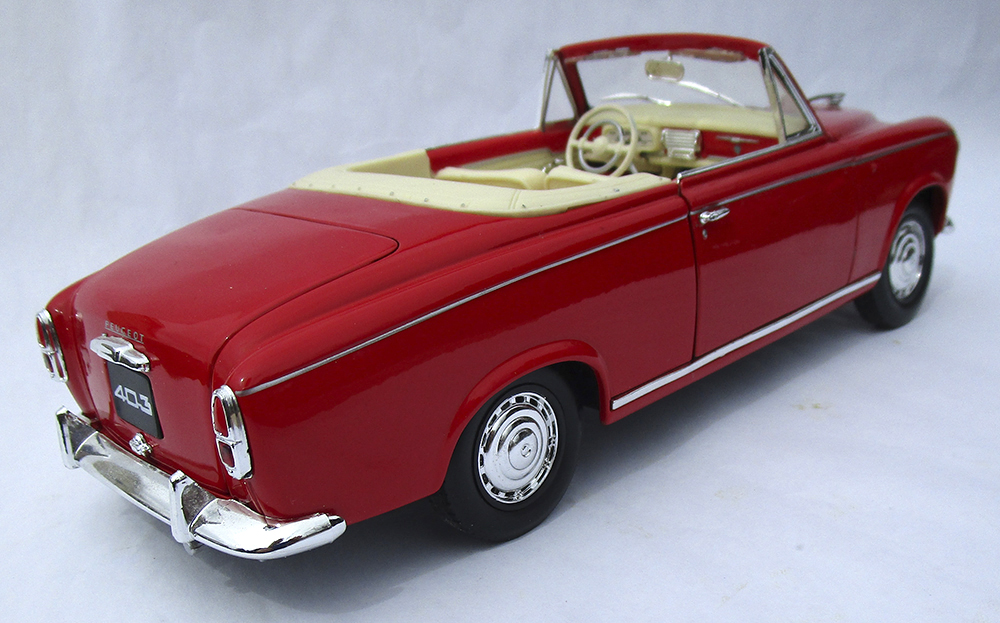 The Welly model was available with the top down to better see that interior, or with a surprisingly nice top up option. If you saw a Peugeot 403 on the road today, it would grab your attention. It has aged well and looks stately and solid—still not flashy, but ahead of its time. 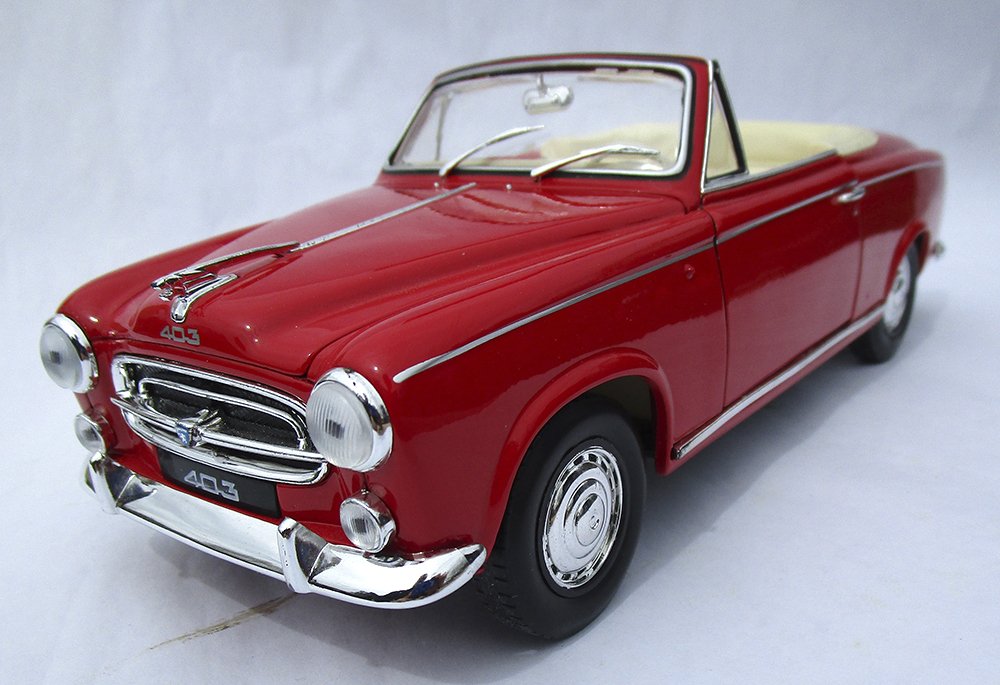 Ron Ruelle is Social Media Director for hobbyDB.com, a website about anything and everything collectible.