A Tale of Redemption and Restoration

The line between collectible and toy cars can sometimes become blurred, especially in the eyes of different people. Here’s one story involving the classic Jaguar XK120 model from Doepke.

Doepke was a small toy maker that made big toys. Many of their offerings were large scale, such as toy trains big enough to sit on. Their first toys, coming on the heels of World War II, were military vehicles, but after a few years they branched into construction equipment and passenger vehicles. 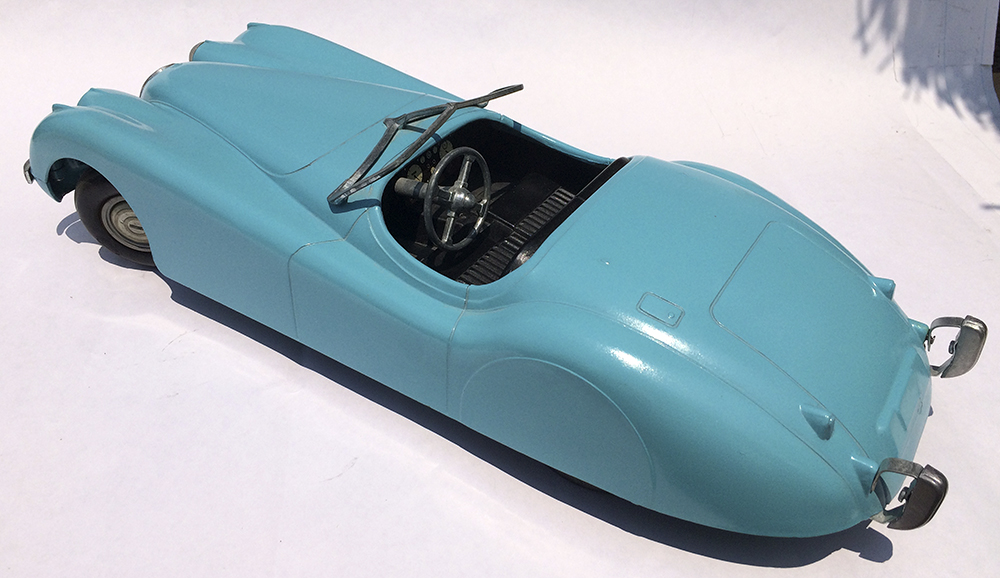 Arguably their most famous model car came out in the mid-1950s.Their Jaguar XK120 Drophead Coupe was a kit of one of the most glorious car designs of the era. The car is huge; at 18 inches in length it comes in around 1:10 scale. Unlike many of Doepke’s earlier toys which were pressed metal, the body on this car is one giant chunk of molded white metal. Overall proportions are excellent and detail is good considering the method of construction. The Robin’s Egg Blue paint is actually a high quality baked enamel finish.

As kits go, it’s fairly simple in certain ways and surprisingly detailed in others. There are no opening doors, boot, or bonnet. The interior is a single molded tub plus a dashboard, but it came with decals for bits like the instrument panel. The steering wheel does in fact turn the front tires. And while the chassis is basically a pair of metal rails, the car has working leaf-spring suspension in the rear. 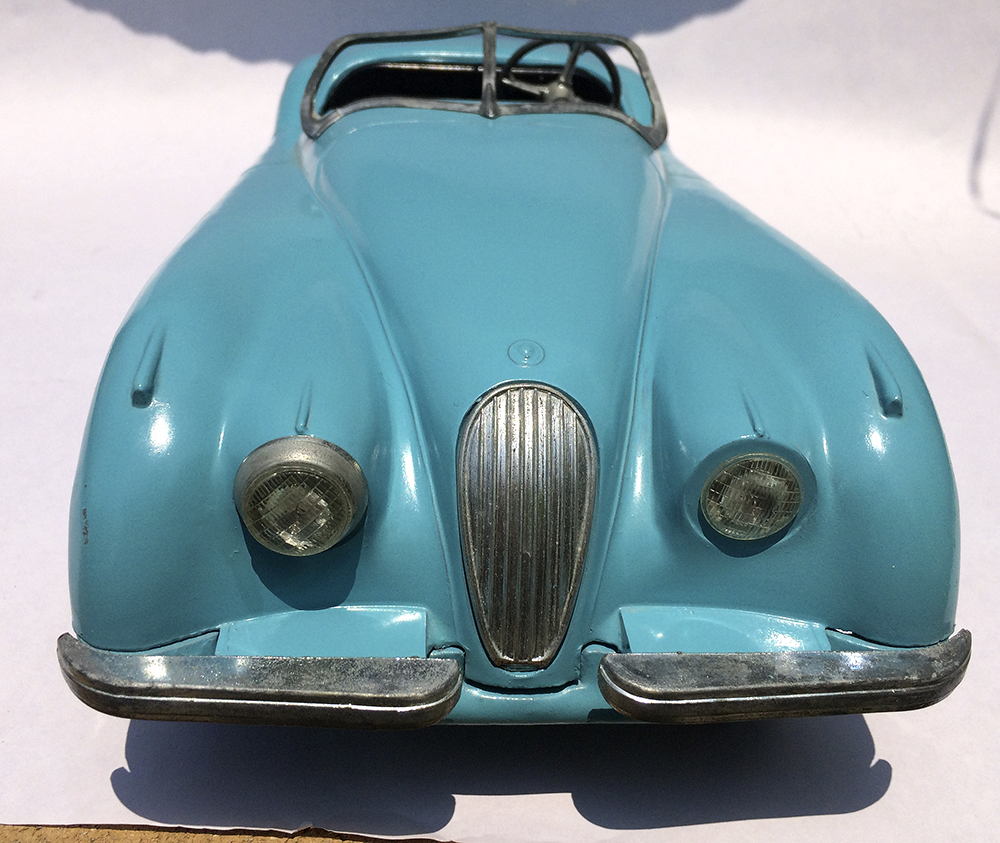 My dad bought one of these with his paper-route money when it was new. He loved this style of Jaguar when they first hit the streets, and always wished he could have a real one. The Doepke model would have to do. It retailed for $9.95 at the time. About 15 years later, sometime in the early 1970s, I discovered it—covered in dust—in our garage. Bored and hopped up on Twinkies and Kool-Aid, and encouraged by my rowdy friends, I decided to destroy the car. We stomped on it, threw it across the driveway, and bashed it against a metal pole. The car was thoroughly ruined—and Dad was devastated. 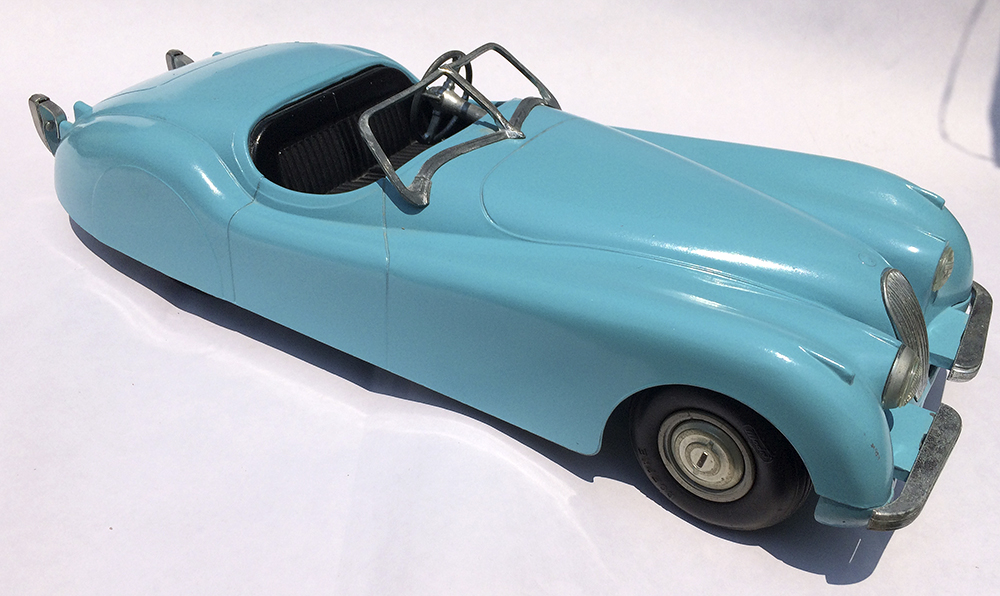 Flash forward about 25 more years, and I spotted one of these model Jags in an antique store. I’d seen them a few times over the years at flea markets and such, usually selling for upwards of $300 in good condition. This one was beat up from play and missing a few parts and much more affordable. I decided to restore it and give it to Dad as a gift. 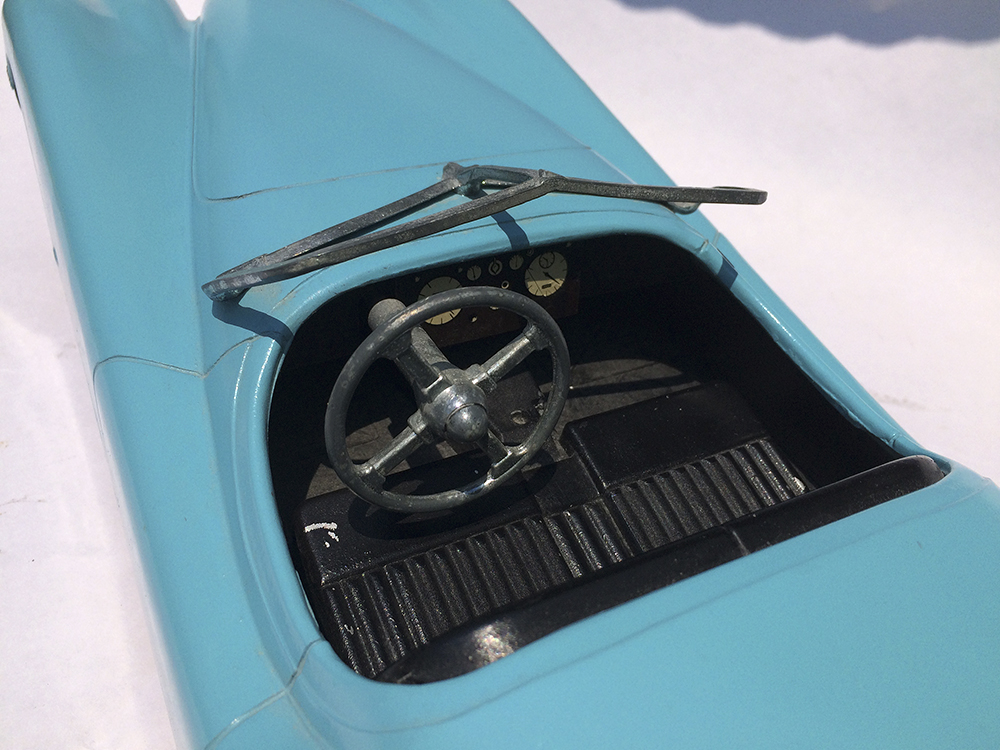 Surprisingly, there is a website called Toy Decals selling reproductions of every small bit of this car other than the body and the chassis rails.  I disassembled it, stripped the paint (I baked on the new finish!) and got to work. Dad, of course immediately remembered the model. And he had a vague recollection of it meeting a horrible demise, but didn’t care about the details of that event. It felt good to rectify a wrong, and it was more satisfying that I had to work to rehabilitate this one. And it didn’t hurt that he didn’t blame me. 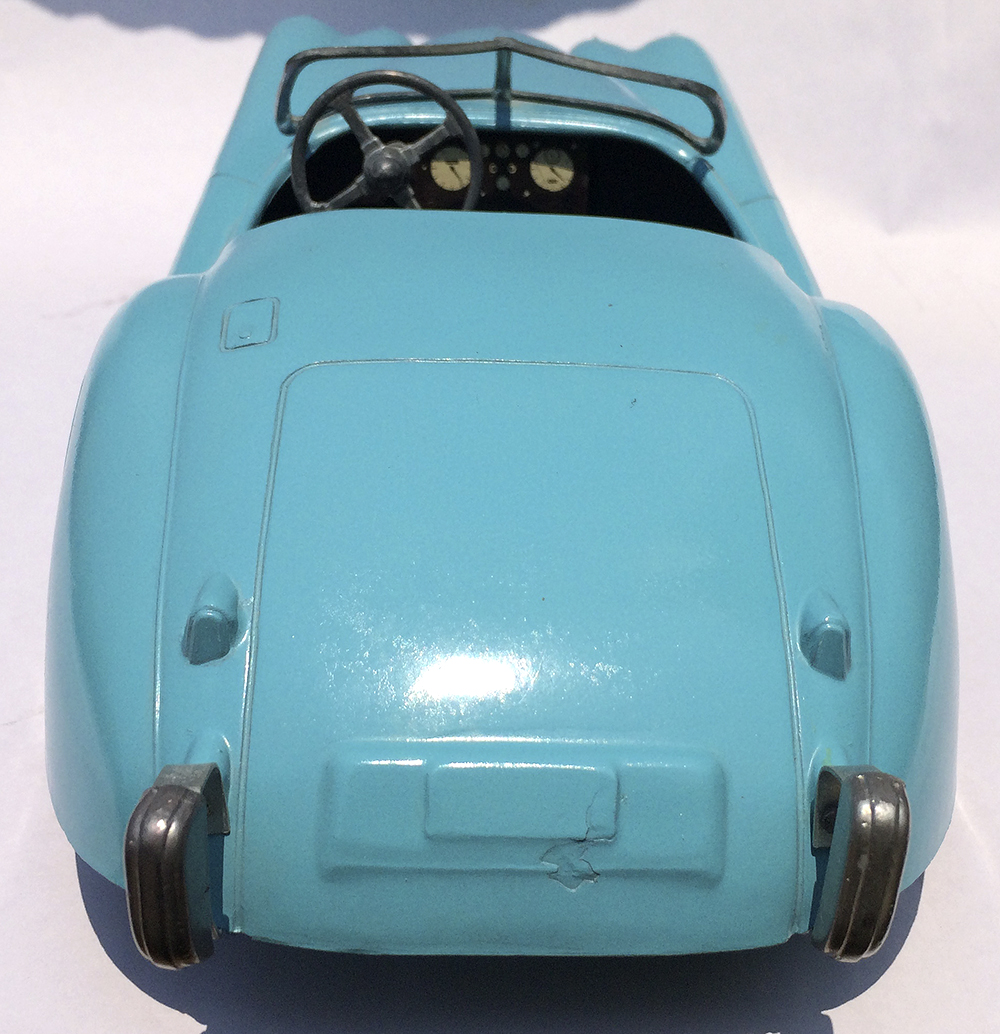 A few years ago, when he passed away, the Jaguar ended up in my hands again. It was once again in less than perfect condition, with some bent or missing details. But this time the damage was from his grandkids playing with it in fun instead of destroying it out of malice. I’m tempted to restore it again, but part of me feels like this car has finally achieved a perfect balance of play wear and preservation. 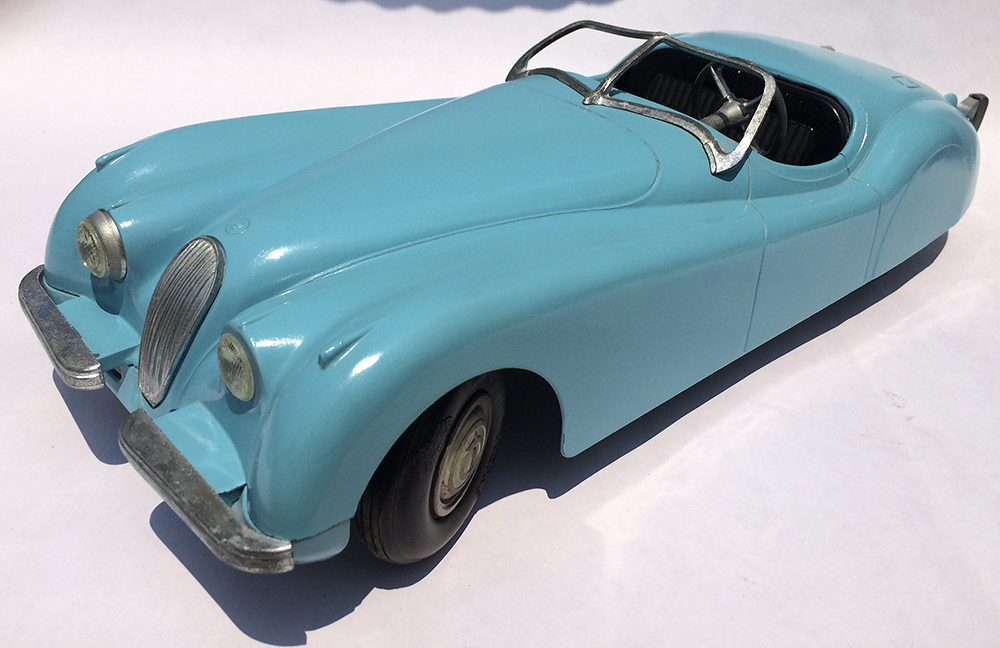 Ron Ruelle is Social Media Guy for hobbyDB.com, a website about anything and everything collectible.