Webster’s defines the word “paragon” as “a model of excellence or perfection.” Could there be a better name for a diecast manufacturer? It’s been quite a while since we’ve had a Paragon model in the magazine; the announcement of these gorgeous new Bentleys is the perfect reason to have them back. Pics of this quartet of forth­coming Continental GTs—available in coupe and convertible form, in two colors each—are preproduction, but you wouldn’t know it by looking at them. The droptop will be offered in Silver Frost or Sunburst Gold; the coupe in Burgundy or Verdant (green). The announcement actually lists each available in left- or right-hand drive, so technically there are eight versions! This model captures the styling updates introduced in 2015—most notably the flying-B shaped fender vent. These are beautiful—we can’t wait to see them in person.
Just before we went to press, we got word that Paragon is also launching a new line of GT3 race cars in the coming months—from the FIA GT3 Championship as well as the GT Asia Series—and now some from IMSA’s WeatherTech SportsCar Championship. There are no model photos available yet, but Paragon has released an illustration of the Rile y Technologies car from the Rolex 24 at Daytona, and there will be some Audi R8 LMS cars as well. Great to see some U.S.-spec GT cars getting some love!
Paragon Models; jadi-modelcraft.com
1:18 | Price TBD 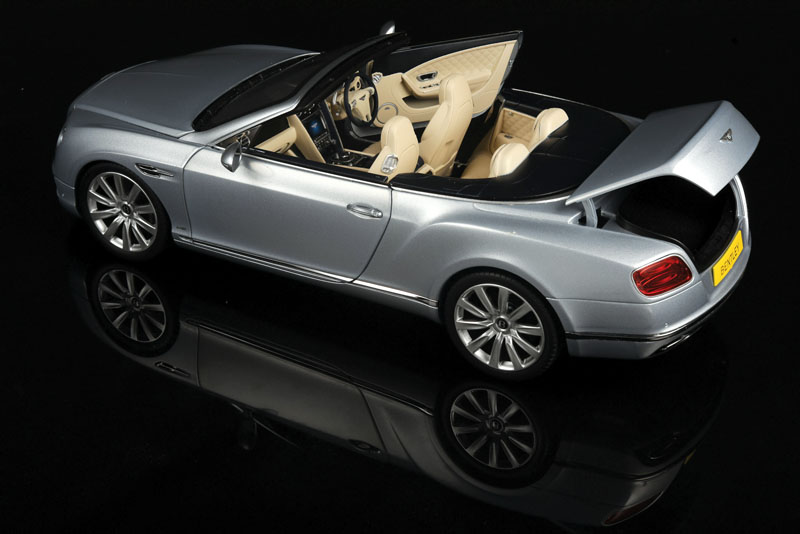 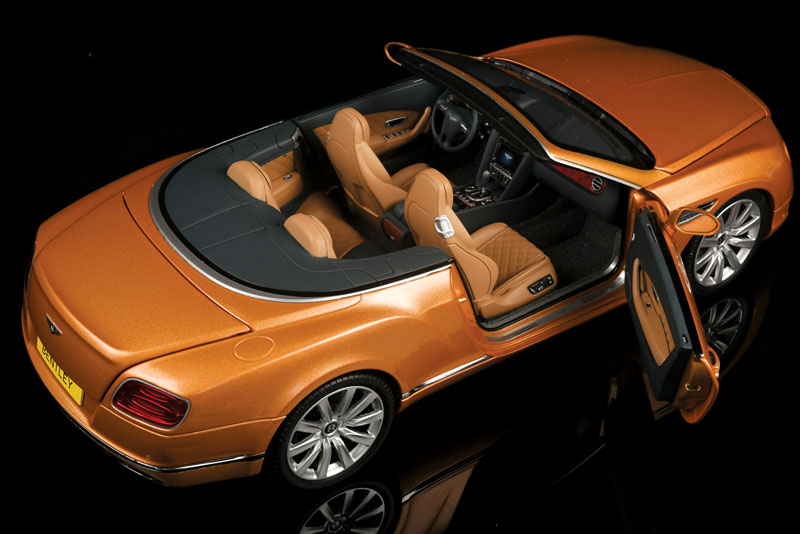