The folks over at Jalopnik just posed this question as pertains to full-size cars, but we think the principle holds true in scale as well. So we echo the question: What makes a car beautiful? As the saying goes, its is in the eye of the beholder to a large degree, so of course it changes with the age and stylistic sensibilities of the automotive public, but it does seem that certain principles and proportions endure through the ages.

And of course those timeless beauties often make the best diecast models as well. Let’s look at some classics and also some modern beauties and try to figure out the secret recipe! 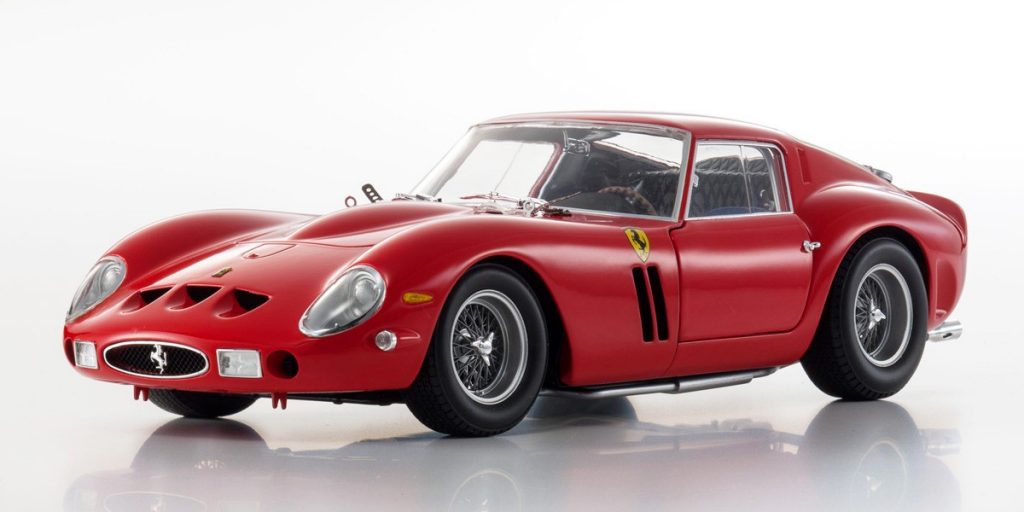 The iconic GTO is universally recognized as one of the most beautiful cars ever crafted. It is perhaps the perfect example of the long-nose/short deck/swept-fastback proportions that have virtually defined the sports and GT car segment. Add sinuously curved fenders plus a mix of aggressive race-bred features and the classic-era Ferrari touches and you have a strong contender for the most beautiful car of all time. 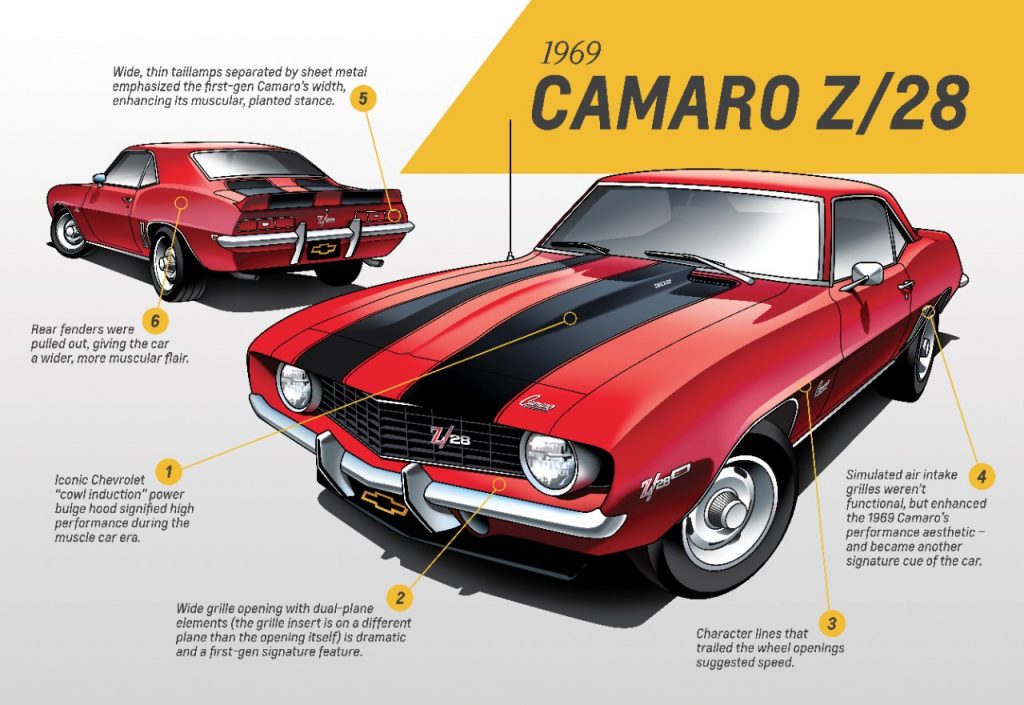 Individual tastes (and brand loyalties) will definitely vary on these, but we can all agree that when it comes to ’60s muscle both Chevy and Ford hit it out of the park several times with the Camaro and Mustang. Shelby’s take on the ’65 Fastback is the textbook example of how to do a track-bred limited edition special. Chevy’s final iteration of the 1st-Gen Camaro is a study in styling evolution, resulting in perhaps the finest looking Camaro ever built — the ’69 Z/28. 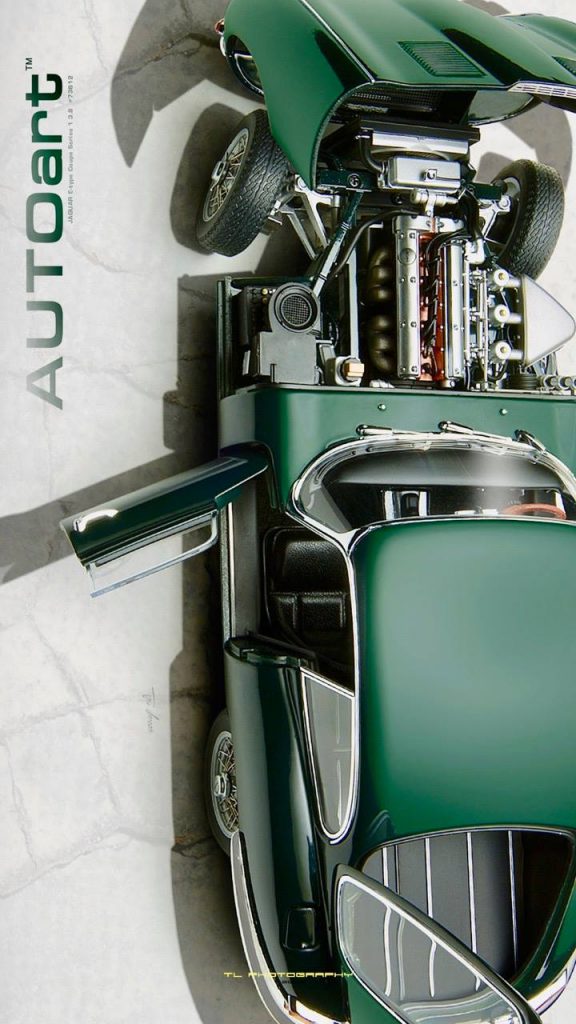 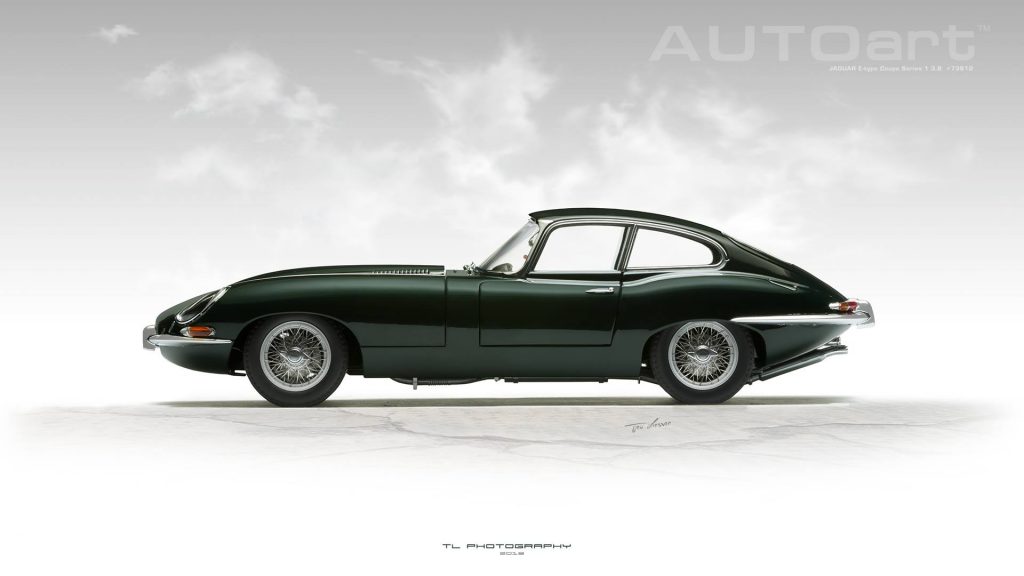 Has any British car ever made so dramatic an impression as the 1961 Jaguar E-Type? Its unique blend of elegance and ferocity was nothing short of revolutionary, and in many ways continues to define the brand until this day. Many, many model manufacturers have tried their hand at the venerable XKE, but one of our all-time favorites is the series of 1:18 replicas produced by AUTOart. 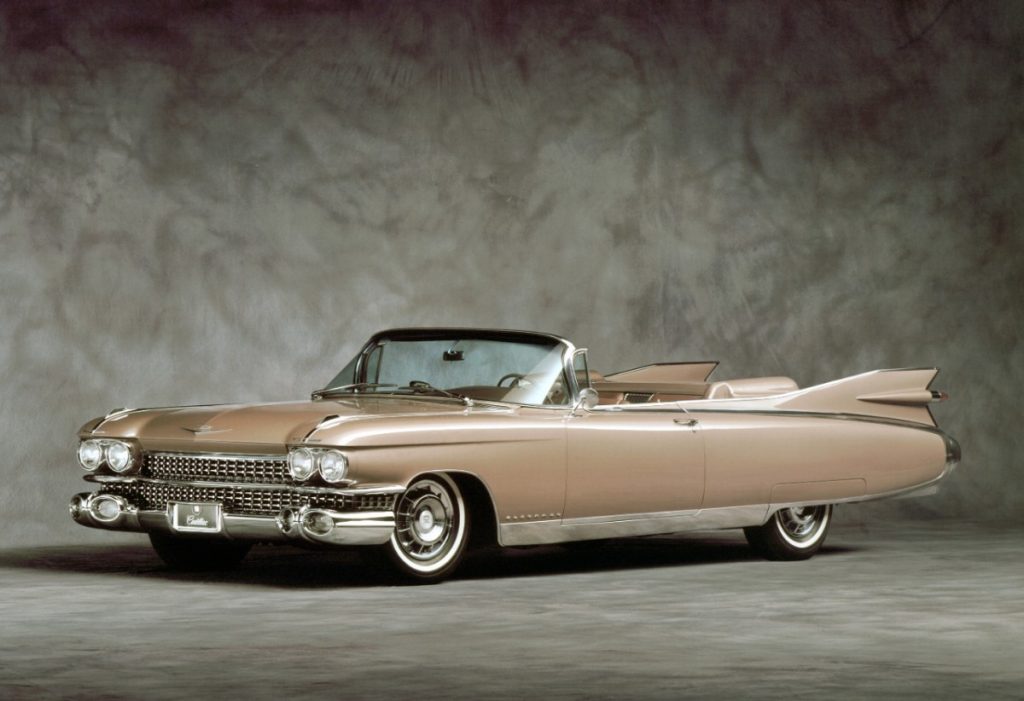 Perhaps the ultimate example of the Fabulous Fifties and America’s love affair with chrome, tailfins, and the celebration of post-war prosperity. Songs have been written and movies have been made about the ’59 Caddy, so inspiring and glamorous is this magnificent machine. Plenty of models have been made as well, but its been a while since a really well-detailed large-scale diecast has graced the market. We think one is overdue. 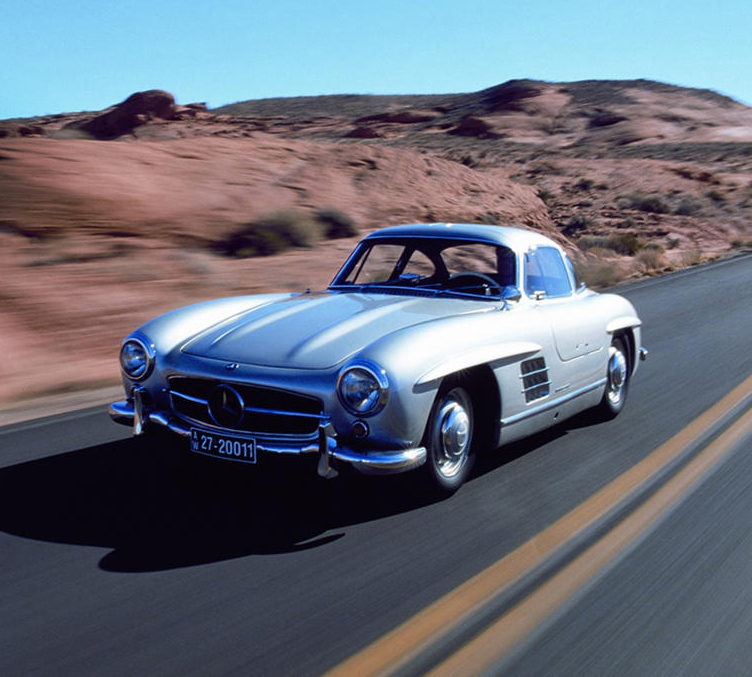 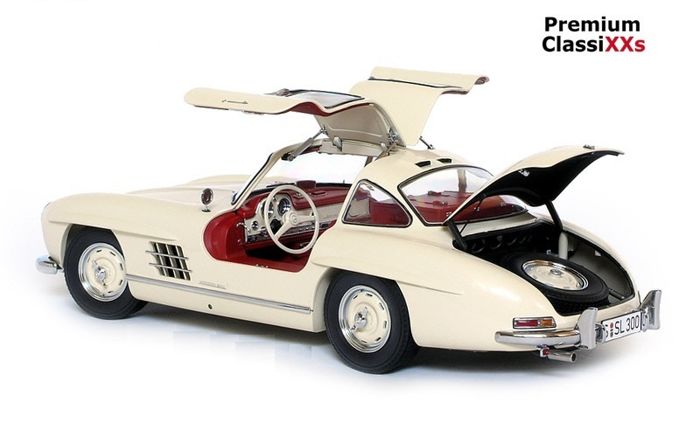 Sophistication. That’s what the iconic Mercedes Gullwing 300 SL epitomized. Technical sophistication, design sophistication — this race-derived luxury-sports car could do everything well, and was years ahead of anything else on the road when it arrived in 1954. Now one of the most collectible Mercedes vehicles of all time — in full-size and in scale — it is surely among the most beautiful German cars of all-time. 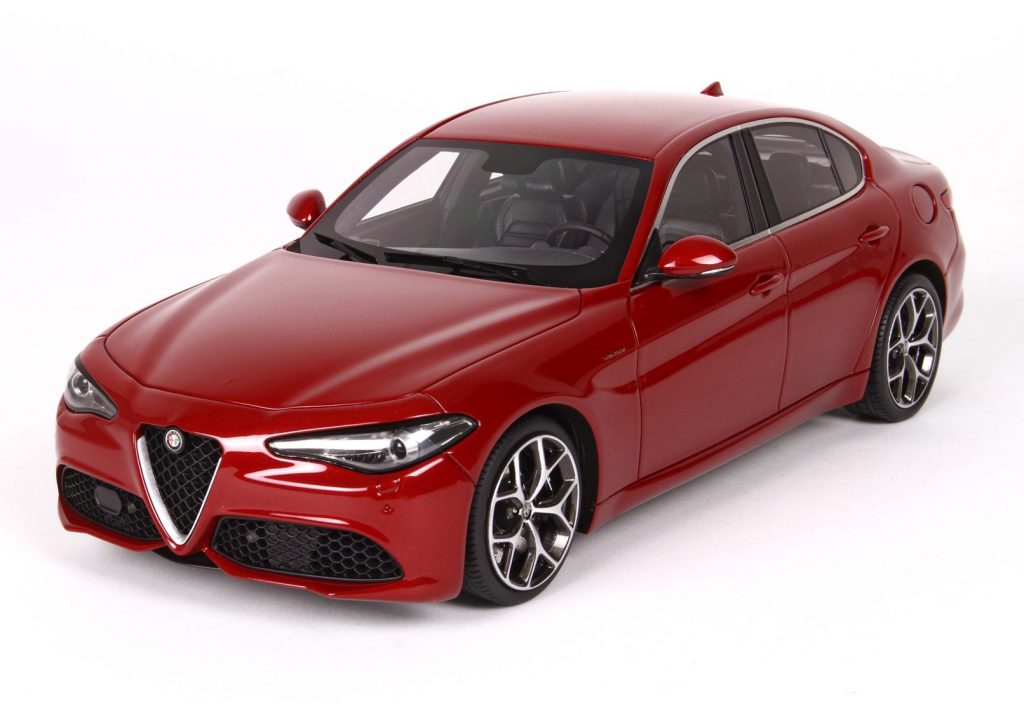 Often it takes years — and sometimes decades — for a car’s true beauty to be appreciated. Occasionally, however, we know right away. Such is the case with Alfa Romeo’s benchmark sport sedan the Giulia. That’s all the more remarkable because it is a sedan — a practical 4-door midsize car which is seldom the inspiration for automotive love at first sight. But toss all the conventions out — the Giulia has the heart of an Italian supercar and in just two short years its soulful, sexy visage has seared itself onto our psyche. Only a couple of model manufacturers have attempted one thus far — the exquisite high-end BBR examples in 1:18 and an entry-level piece by Bburago which won 1:24 model of the year by the Diecast Hall of Fame.

Obviously this list is far from comprehensive, but we think it encapsulates many of the (admittedly) highly subjective, highly emotional elements that blend together to create beauty in an automobile. Feel free to tell us what we got right, got wrong, and what we forgot about altogether in the comments.

And check out the Jalopnik article that got us thinking in the first place — it is definitely worth a read. Read it HERE.