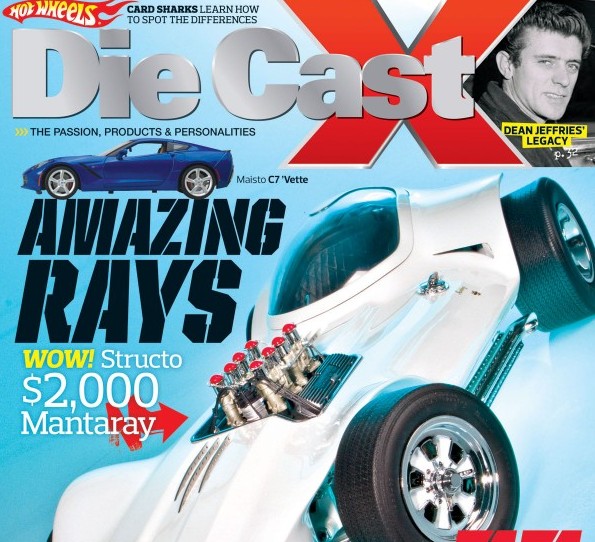 It’s true, and this is an issue you won’t want to miss. We’ve got some of the coolest cars, including our cover models: Structo’s 1:8 Dean Jeffires’ Mantaray, and Maisto’s 1:18 2014 Corvette Stingray. There’s Bill Bennett’s article on his day with Dean Jeffries – written just days before the legend passed away – as well as an expanded Showroom section, more Quick Looks, and more of the models you want – and need – to see! Danbury Mint’s 1948 Chevrolet Fleetline “Aerosedan” is here, and so are some sweet offerings from AUTOart, Minichamps, Auto World, Hot Wheels, Hot Wheels Elite, and more, written, photographed, and edited by a team of collectors as passionate about the fun of collecting as you are.