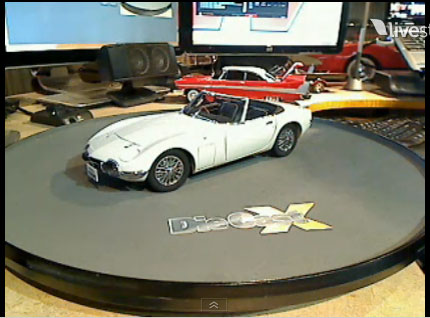 The January 20 episode of “Cup O’ Joe” went off without a hitch – and that’s a good thing, since Joe and Frank had a few new models on hand to share!

The show started with an unexpected return visit from Hot Wheels Elite’s 1:18 1966 Barris Batmobile – in celebration of the real car’s January 19th sale at Barrett-Jackson for $4.2 million dollars – and then the boys moved on to Auto World’s outstanding Connie Kalitta Funny car, followed by the most lethal Mopar of all time – that ol’ red people eater, Christine – in a re-release from Auto World’s “Silver Screen Machines” lineup. Rounding up the larger-scale segment was AUTOart’s sweet take on the rare – and beautiful – Toyota 2000 GT Cabriolet. That last car was the subject of the show’s giveaway question – and the correct answer got one of our viewers a 1:24 M2 Machines “Mopar 75 Years” 1971 Hemi ‘Cuda.