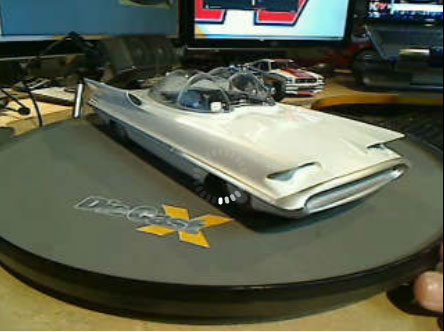 February 17, Cup O’ Joe featured world-exclusive looks at the very same models that were on display at the Nuremberg Toy Fair in the Minichamps booth – the outstanding 1:18 Lincoln Futura, LaSalle II Roadster, and Edsel Ford Speedster from the brand-new “American Dream Cars” collection. The resincast models are big, beautiful, and save for a few tweaks, ready to go into production.

Then we took a look at another show car – GreenLight’s long-awaited 1:18 1974 Mustang II King Cobra, a sample that we were literally handed on the show floor at the New York Toy Fair. This one’s got a lot of collectors excited – and rightfully so. But wait! There’s more! Maisto has sent along a pair of their 1:18 “Sons of Anarchy” Harley Davidsons – the only hand samples of the bikes in the world.

Like 1:64? You’re in for a treat: we had M2 Machines’ Foose lineup – all of the first release – ready to roll. The cars are killer, the lineup is wild, and they’re all here for you to see.