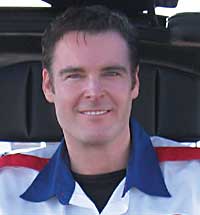 First, thanks to everyone who contacted Die Cast X to say they enjoyed Alan Paradises interview with me for the story behind the design of the Deora IIthe full size and the die-cast cars. Its especially gratifying to me, as Ive had a passion for Hot Wheels cars since 1968, when I was 6 and the line was introduced. As a kid, I was big into cars. I loved the power and emotions that such cars generate. The 1:64-scale Hot Wheels excited metheir redline tires, shiny mag wheels, Spectraflame paint, hoods that opened and performance suspension. They ran on an orange [yellow] track with loops, jumps and other racing features that were all fresh in the new, exciting world of 1:64-scale cars. I also liked the rebellious nature of the California custom car designs; they had “exposed” engines and a “badass” attitude. Even the flame-shaped logo was cool.

That was 36 years ago, and today, Im proud to work with Hot Wheels design staff to find new ways to impress kids and adults the world over.

As the director of the Hot Wheels design studio, Im inspired daily by the design staffs work and passion. We feel like family, yet there is much diversity. Some of us are into hot rods and classic customs (did someone say Larry Wood?), and the younger ones are turned on by tuned imports, trucks, motorcycles, pocket bikes, lowriders and DUB-style cars. The plan is to share some of the background, inspiration, preliminary behind-the-scenes sketches, art, models and final production photos for cars of interest. Well hit old-school and new and take you behind locked doors and into the Hot Wheels Gas Station (seriously, my office is inside a real, heritage-design Hot Wheels-style gas station).

Lets take a glimpse into a few new product lines. The first are Dropstars and Hot Import Nights (HIN) cars. They come in two scales: 1:50 and 1:20 and offer a new level of price and value to collectors. The focus is clearly on DUB-style rides, tuners and drift cars. Dropstars mark our relationship with DUB magazine founder Miles Kovacs, who worked closely with the design team on this line. The cars coolest features are the ultra-deep-dish “phat lip” wheels and their cambered stance that makes them look just like the real deal. Note that the tires are “stretched” onto the wheels for as deep a look as possible. The overall product execution is what we refer to as “hyper-detailed.” This is how we capture the essence of the car to scale. Each car (larger scale) comes with massive upgrades such as LCD TVs and huge audio systems as well as fully customized interiors and engines. All of the paints are fully tricked out candy colors, pearlized and multi-coat executions. Interior and exterior colors are custom-matched. Even the brake calipers match the body colors. The new Hot Import Nights small-scale line has highly detailed and authentic replications of the world of sport-compact show and drift cars. This line features a hot combination of cars and aftermarket tuners such as the chopped DRFT Nissan S-15 and the Top Secret 350Z, which features awesome new chrome graphics made using highly innovative techniques. The true carbon-fiber is rarely seen at the same price and scale.

In hope our third innovative new program will have as much effect on people today as Hot Wheels had on me back in 1968. The line is called “AcceleRacers.” It all began with the animated TV show and product line called “The Hot Wheels Highway 35 World Race.” Hot Wheels launched the World Race program on the Cartoon Network in 2003. The story and action took kids by storm. We used many of the most popular and track-worthy Hot Wheels cars to create the 35-car line. Kids could collect the cars from all four teams and redeem their proofs of purchase for the “Ultimate Track Set”a $100 retail value and probably the most insane Hot Wheels track set ever mass-produced. The interest that was generated by the World Race show and the subsequent product acceptance exceeded our expectations. So, after regrouping, redefining and brainstorming, AcceleRacers were developed for the sequel to the World Race.