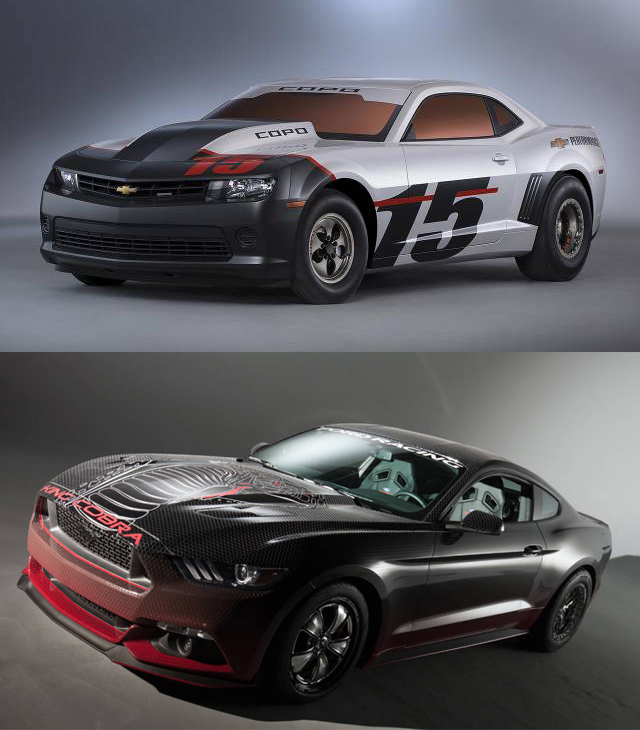 The 2014 SEMA show is going on right now, and the new performance announcements are coming fast and furious! Fans of classic Ford vs Chevy factory doorslammer rivalry should be thrilled with this pair of ponies. 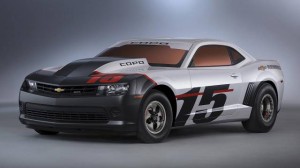 Chevrolet has just announced its Central Office Production Order program for 2015. COPO, as it is universally known, is one of the most hallowed programs in Bowtie history. These handbuilt, race-only Camaros will come with 5 different engine choices. See if these displacements sound familiar: 350, 396 and 427 cubic inches? Plus a pair of supercharged 350s. Just 69 of the 2015 COPOs will be built, and since roughly a gazillion musclecar fans are going to want one, eligibility to buy will be drawn by lottery! 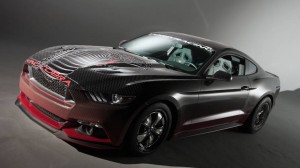 Meanwhile, maybe you’ve heard that the guys over at Ford have a new Mustang? Well, not content to let the stock GT rest on its Coyote-powered haunches, Blue Oval engineers have built a SEMA show ‘Stang to showcase the items from the 2015 Ford Performance Parts Catalog. To do it they two have revived a familiar name, although it doesn’t have quite as prestigious a pedigree as COPO. But the car itself is killer! Meet the 2015 King Cobra! A host of street and strip goodies festoon this fanged Ford–including a Roush-developed supercharger kit good for 600+horses and 10-second 1/4-miles!

Can you say “Factory Drag Wars?”