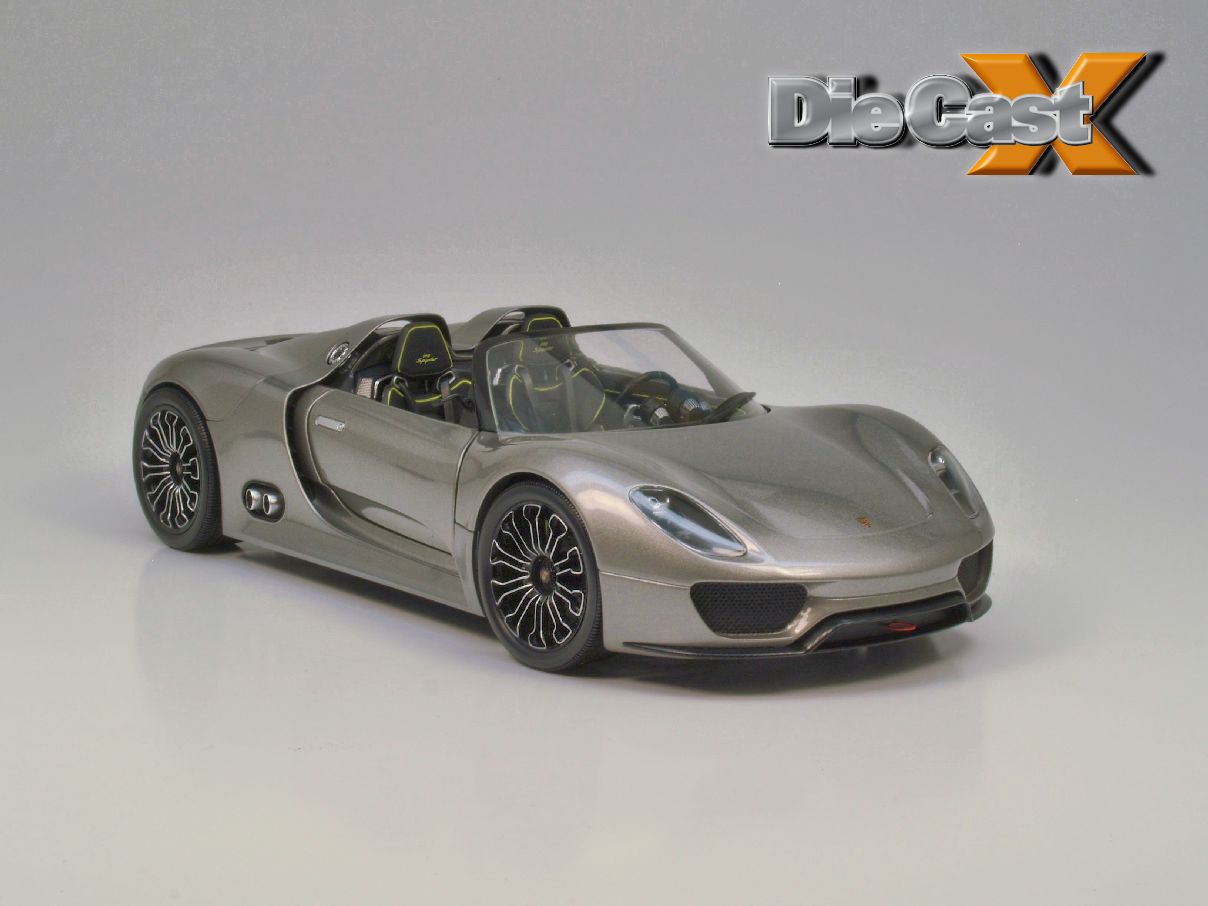 As far as we can tell, there has only been a handful of people who have actually driven Porsche’s gas-electric hybrid 918 Spyder. That doesn’t include the thousands of game wonks who have burned out their thumbs running the car ragged in Need for Speed: Hot Pursuit.

Even fewer folks have been allowed a peek under the car’s hood. If they were to gain access, what they’d find (according to Porsche) would be a mid-mounted, longitudinally positioned 5.4 Liter V8 making around 500 horsepower in street trim (540 in RSR configuration), driving the rear wheels. Some of those gas-fed ponies get sloughed off and dedicated to generating electricity; so does a portion of the braking, via regenerative capture. All those electrons get stored in banks of liquid-cooled lithium batteries, then get shipped forward to power an additional 218 horses worth of motors – two pulling at the front corners, and another twisting the driveshaft along with the V8 – to give the car 3.2 second naught-to-sixty times, and a top end north of the double-century mark.

That’s supercar territory – and it carries a price tag worthy of the moniker. It’ll take a cool eight hundred forty-five thou to get seated in one; for an additional, oh, one hundred sixty grand, you can buy a comparatively paltry companion 911 Turbo, done up in the Spyder’s silver paint, so that the 918 can have something to laugh at when the garage lights go out.

Minichamps has done the car in 1:43, and now we’re seeing the beast again, in larger 1:18 scale. The piece arrived here as a late-process press sample – missing side view camera and all – but it’s a great looker, with deep, clearcoated gunmetal silver paint, outrageously crisp and detailed wheels, and a black, open-air cockpit deco’d with neon green piping. The binnacle and console have been adorned with appliqués to replicate the car’s gauges and info centers – one of which displays the Nurburgring course – along with sharp, tamped-on metallic trim.

After watching a few videos of the real car – each, curiously, featuring the 918 being pushed from a standing start at some point or other – we were impressed with the model’s overall fidelity to the real thing, in every area from the paint to the overall shape and stance of the replica. Those big rollers and low-profile rubber add a lot to the image, as do the neon green electricity-scavenging calipers and ceramic-look brake discs; these help to make enough juice to power the car on its battery alone for a range of 16 miles – enough to take Leo DiCaprio to dinner and home again in zero-emission mode.

Other bits of trim, like the double-barrel side-slung exhausts and the lensing front and rear are done well, too; the only downside we can see is related to the stuff we can’t see: the working features on the model are limited to the opening doors and steerable wheels. That means no engine views, and nix on any peeks at the electro-exotica living up front.

Is that a deal breaker? That depends on what you’re into. The model displays beautifully, from its Ferrari-esque twin-grilled nose to the scoop and flare of its rear quarters. The paint is lustrous and deep, and the build is solid. So, apparently, was an arrangement with Porsche to get the model ready for sale in their dealerships, among other places, motor or no.

Along those lines – literally – it’s worth noting that, though sealed shut here on tightly-fitted seams, the rear section does appear to be a separate casting. Maybe Minichamps is waiting, like the rest of us, to see just what’s under that hood. In the meantime, at just a few ticks over a hundred bucks (depending on location and source), this one’s a neat addition to any Porsche collection. Concept-cum-production cars like the 918 Spyder, or models of them that display this well, just don’t happen every day.