Over the past decade, music lovers have been celebrating the 50th Anniversary of various milestones by the Beatles, and 2018 brings one that appeals to diecast collectors too. “The Yellow Submarine” movie and album were released in 1968, and the first model of it came shortly after. There have been many different toys and collectibles made of the Sub, but let’s take a look at some of the key diecast versions. 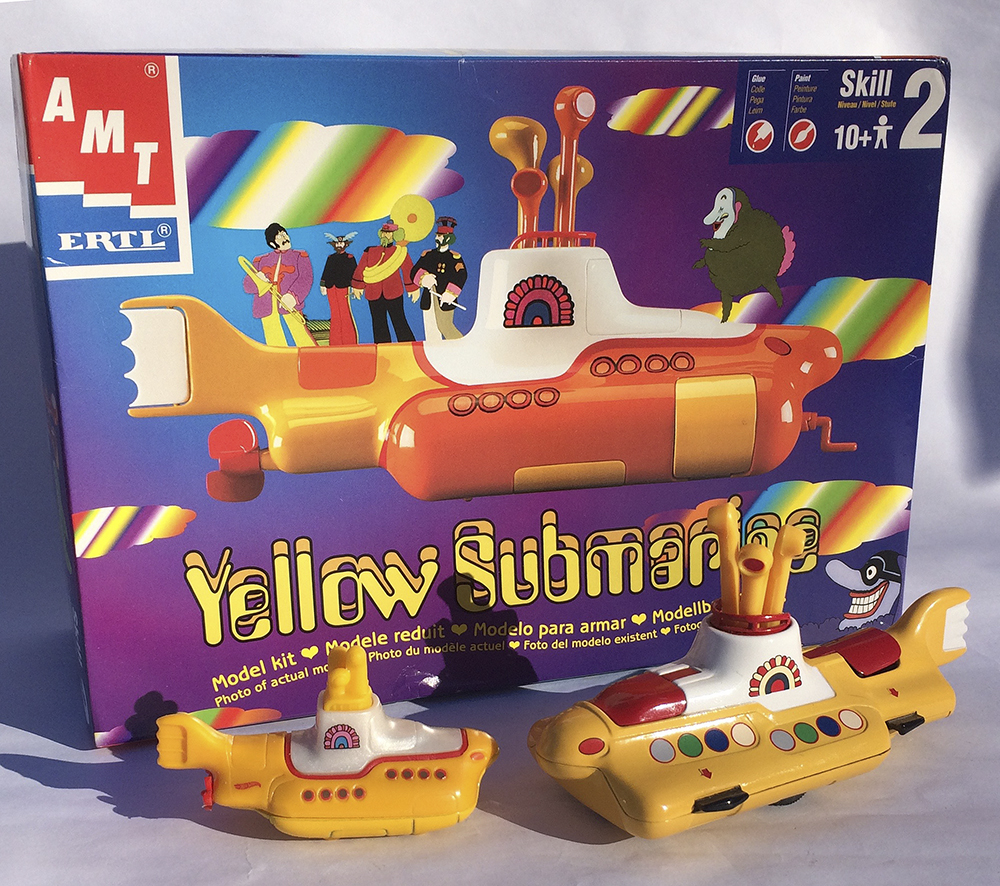 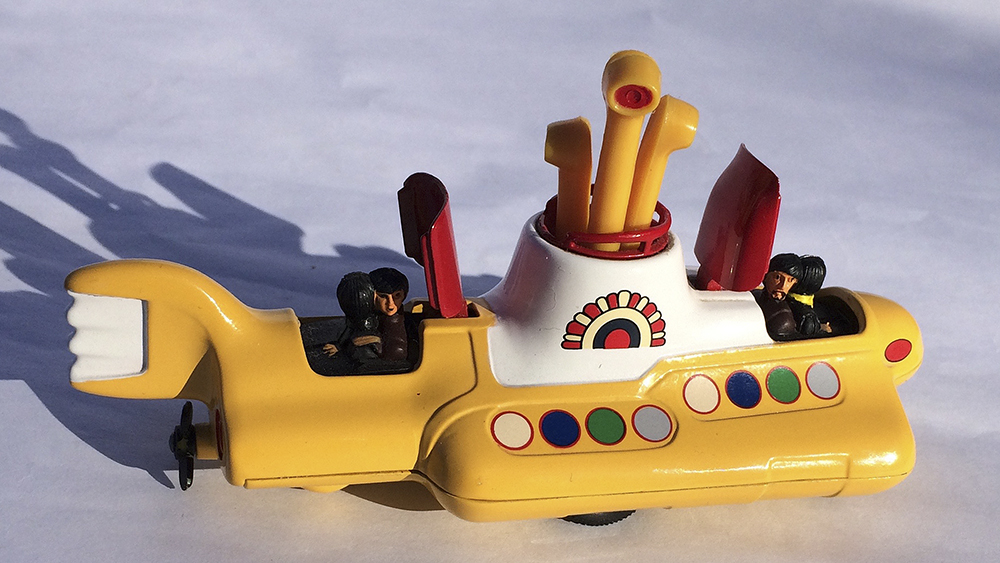 Corgi has released several original vehicle models commemorating various eras of the Beatles. Naturally, they were the first company to recreate the Yellow Submarine.  It’s about the size of a typical 1:43 scale car, but that would be kind of small for a sub. This model is surprisingly heavy, with a metal base and body. It also has a couple of really neat features. First, when rolled along, the periscope cluster rotates. And second, there are two levers on one side that cause the hatches to pop open, with a pair of Beatles popping out of each one. 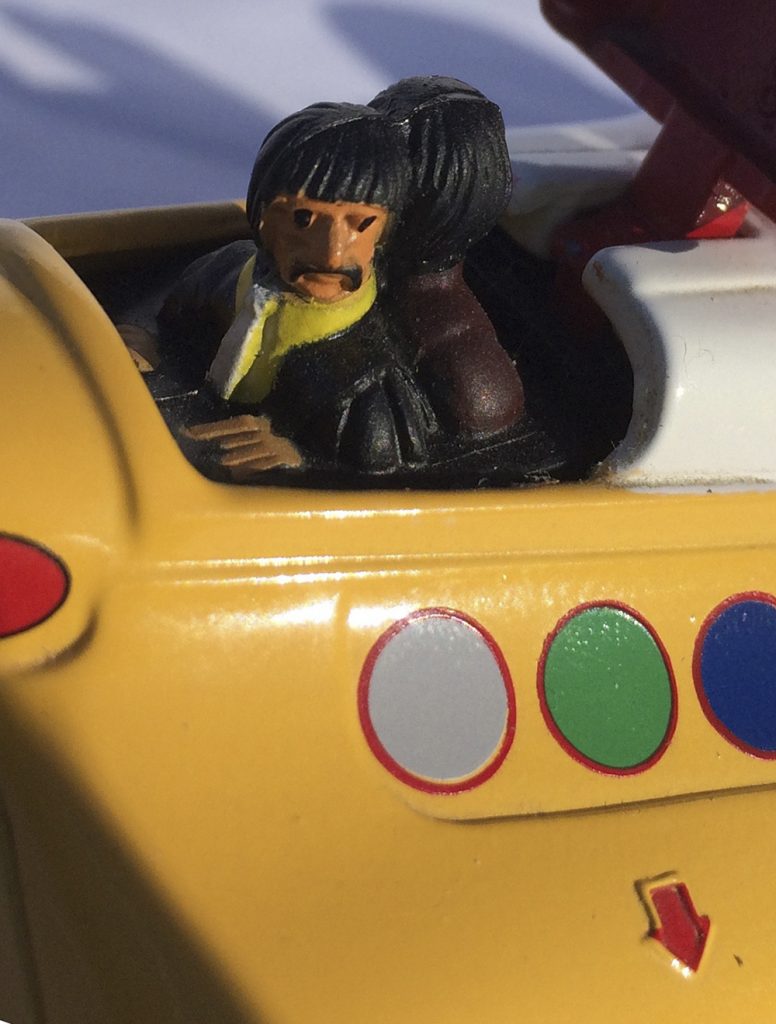 As small as the characters are (they are quite a bit bigger than 1:43 scale), it’s easy to tell who’s who. While the original version is pretty rare now, Corgi seems to re-release this model every five or ten years, which means they’re about due for a 50th Anniversary edition. 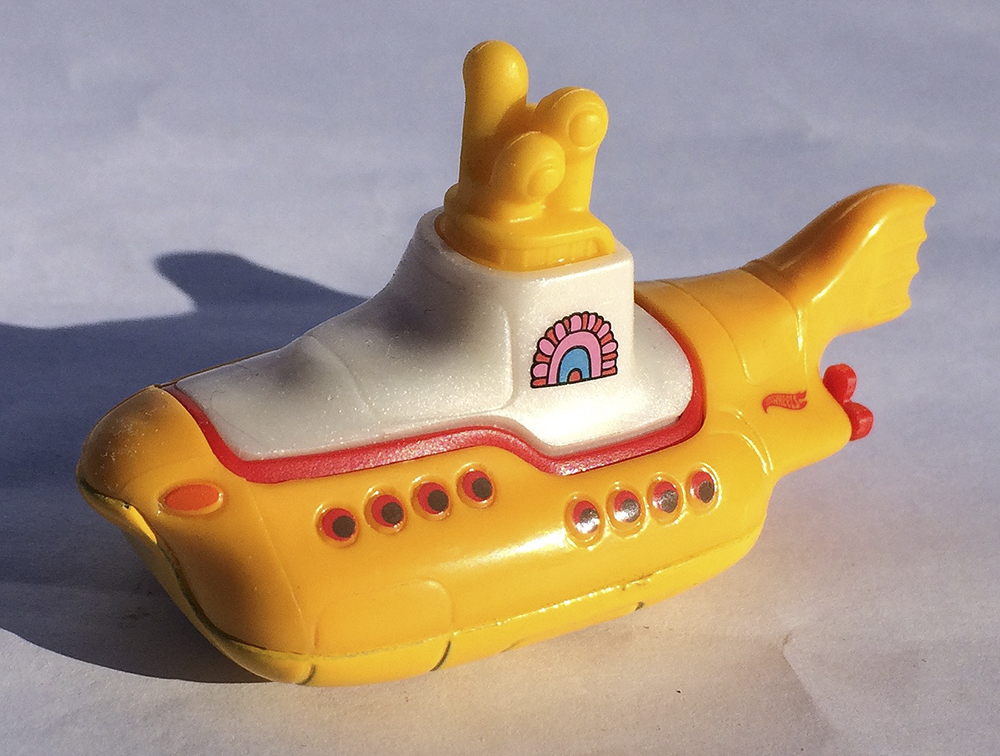 Hot Wheels is celebrating their own 50th Anniversary in 2018, and they coincidentally have a Yellow Sub model in the mix as well. The proportions are kind of – well – cartoony, much wider that you might expect. Molded detail is pretty basic, but the overall effect is terrific. 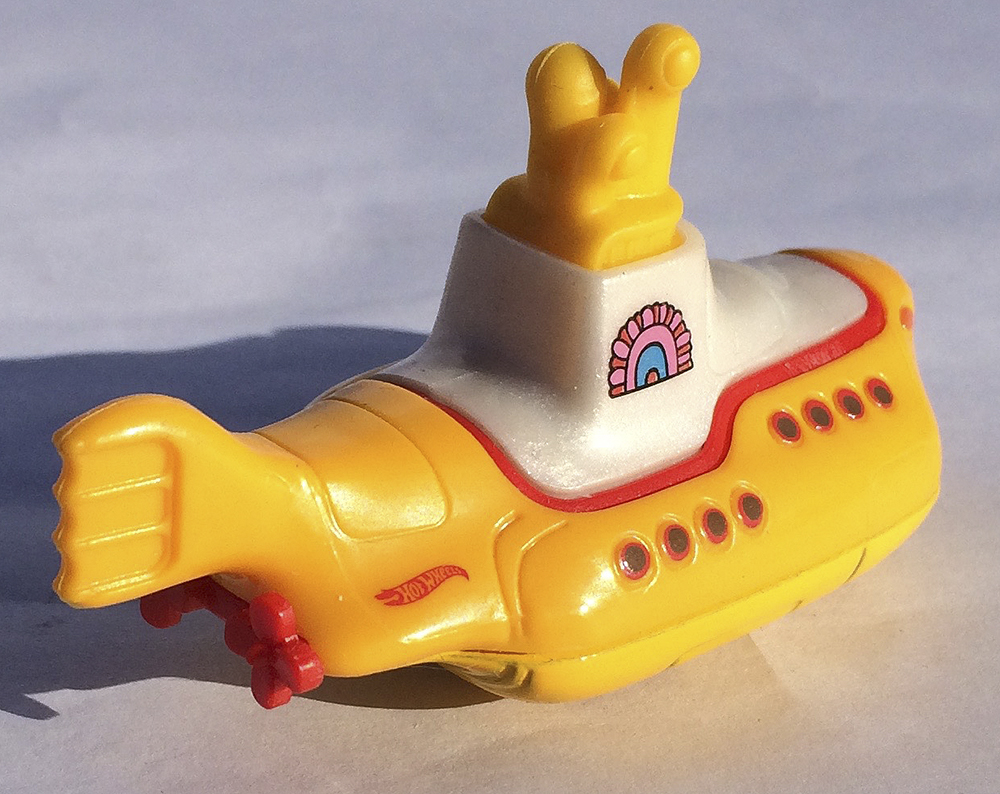 It’s always interesting to see how a company can get enough mileage out of a casting that doesn’t lend itself to different color options. So far, they’ve relied on different packaging each time, and have included it as part of a series and also as a freestanding mainline model. You can bet one future variant will get some sort of Treasure Hunt treatment. 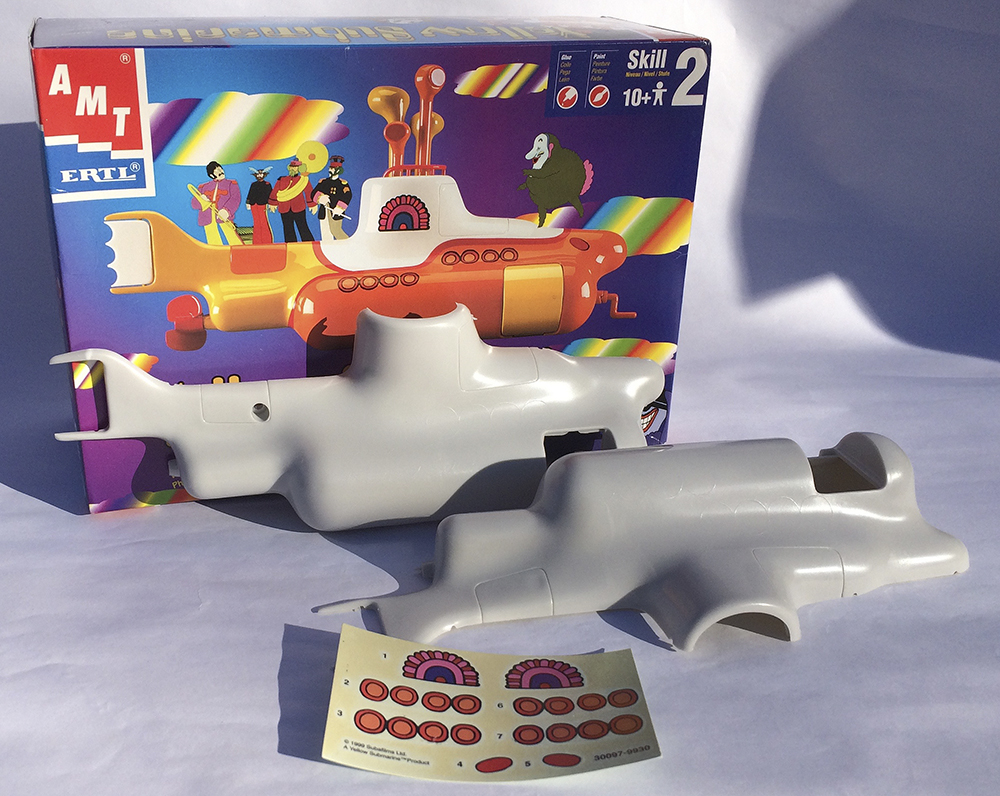 AMT/Ertl made a kit of the Yellow Sub, most recently released in 1999, near the 30th anniversary of the record. Naturally, it’s molded in… battleship gray? The sub is about 9 inches long, (similar to a 1:24 scale car). Assembly is straightforward enough, but painting it would be maddening. While the kit includes decals for some of the colorful bits, such as the windows and the tower crest, the builder is on their own with the red stripes separating the different color fields. The model does feature a rubber band driven propeller with a crank sticking out of the front, which is neat. Instructions are vague as to whether it actually floats, however. 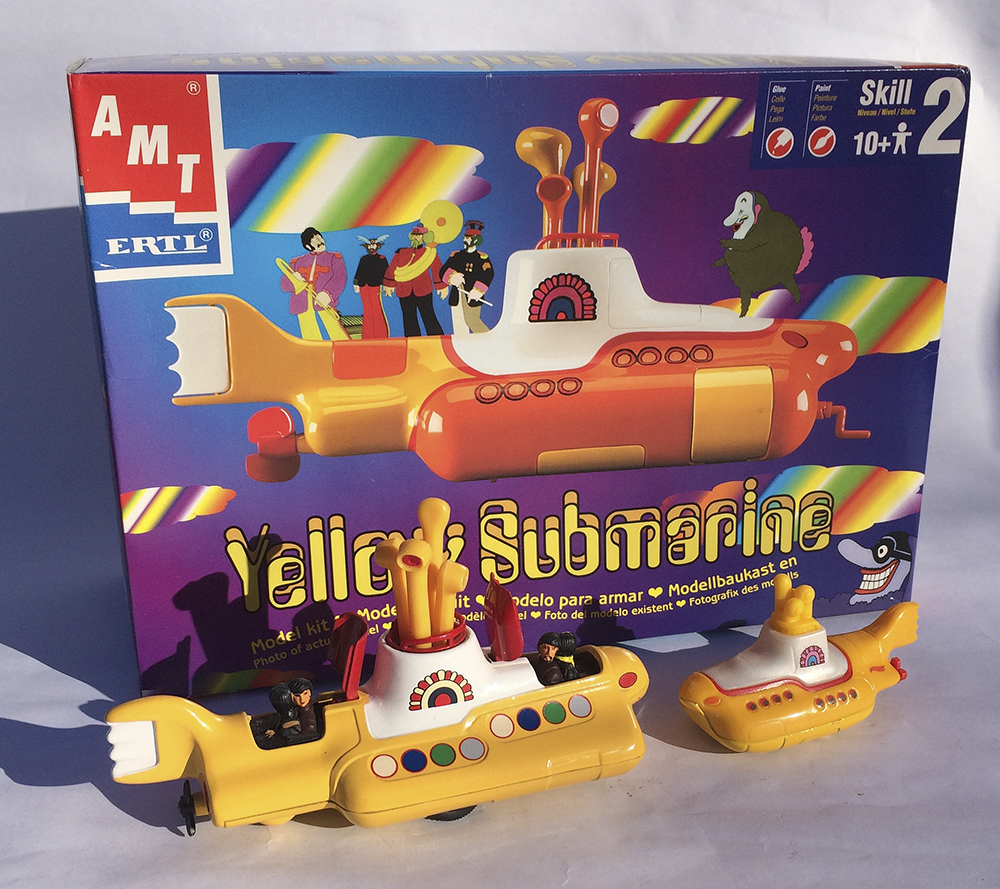 Interestingly, the coloring of the smaller details vary substantially from one model to the next — the windows and the crest in particular. But overall, for a vehicle that had pretty much existed only as a two dimensional side view, the various 3D translations shown here really nail what it should look like.

[Ron Ruelle is Social Media Guy for hobbyDB.com, a website documenting anything and everything collectible.]