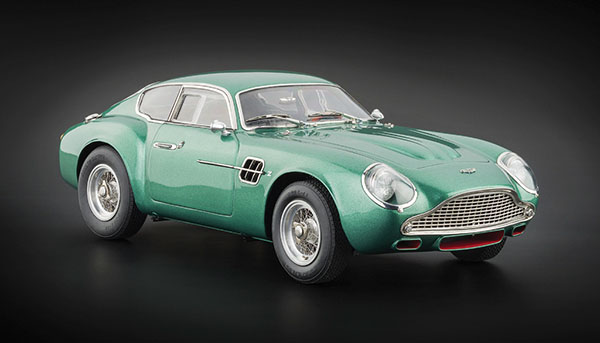 A to Z in Scale Precision

Just as we were going to press CMC released this very first photo of the painted prototype of its forthcoming 1:18 Aston Martin DB4 Zagato. What a beauty! We have no specifics on the model, other than it will be designated Item no. M-132, it will be released very early in 2015 and is currently available for preorder. But given that it’s CMC’s take on one of the most stylish and exotic Astons of the classic period, we’re confident it’s going to be as amazing as these first shots suggest!