We love Honda’s engineering, but we talk a little trash about the Civic (even though most of the staff has owned one at one time or another in our automotive lives.) But can you blame us? The toughest road car in Honda’s current lineup — the raucous Type R  — looks like it was designed by a 12-year-old with ADHD!

But everything wrong with the Type R’s looks just got fixed by the race version that will be competing in the British Touring Car Championship (and — we assume — other TC series as well.) 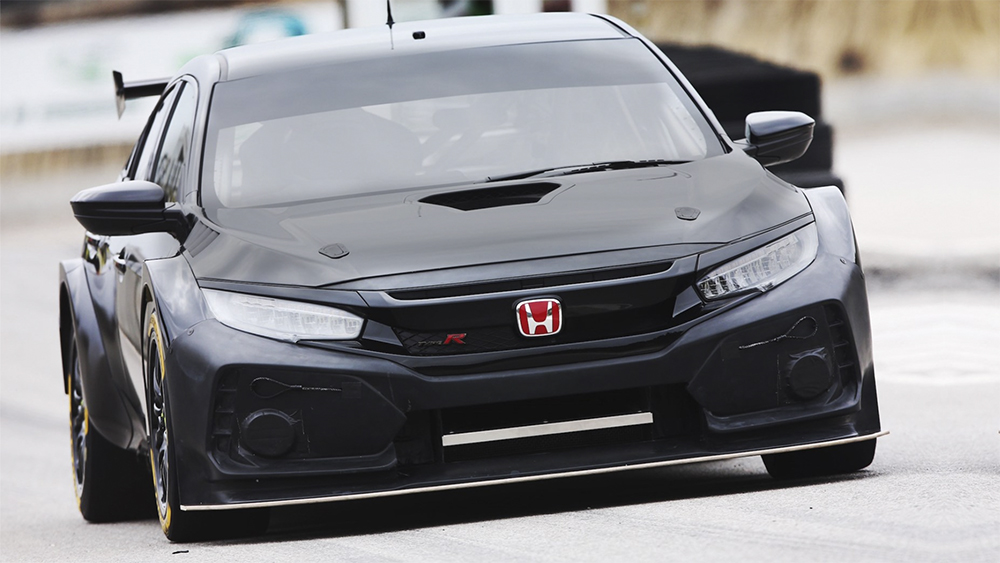 The BTCC just released the first shots of it track-testing, and — no joke — this thing looks badass! All the busy little add-ons from the streetcar have been smoothed out and blended into a wide-body look that is tough, purposeful, and…grown up.

Honda design team take note: Make your production car look like this race car and you will go from punchline to undisputed hot hatch king overnight!

Now we just need a model manufacturer to make a scale version. 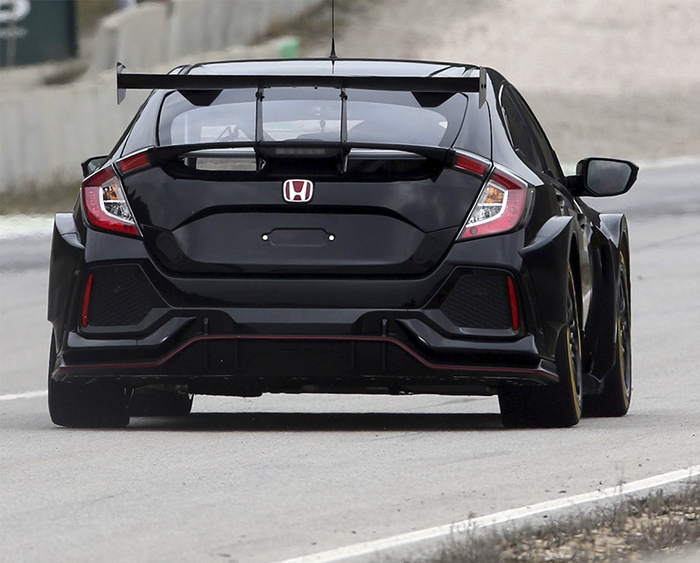 If you wanna read the full press release from the BTCC accompanying the pix it is as follows:

The car will be subjected to a near week-long test at the circuit, with latest generation Civic Type R (FK8) set to be shaken down and thoroughly evaluated as the team begins its pre-season programme ahead of the 2018 Dunlop MSA British Touring Car Championship.

Triple BTCC champion Matt Neal and new signing Dan Cammish are scheduled to get their first taste of the car in Spain, before heading home to Brands Hatch and Donington Park for further track-time and development.

It has been a herculean effort from the Team Dynamics squad to build the pair of Civic Type Rs over the winter, with the team looking forward to unveiling the 2018 livery at their brand-new factory on 22 March.

The championship’s official Season Launch event will then take place at Donington Park, 27 March, which will be the first time that all of this year’s BTCC’s challengers will be on track together.

The opening rounds of the 2018 Dunlop MSA British Touring Car Championship will commence at Brands Hatch on 7/8 April.

David Hodgetts (Managing Director, Honda UK) said: “The Honda Civic Type R has been one of the Dunlop MSA British Touring Car Championship’s most successful cars during its time in the series, and with the launch of the FK8 road car in 2017, it’s fantastic to see the next generation in full racing trim out on track for 2018. With the new car and a new driver pairing, we’re sure the season ahead will be one to remember. The new Civic Type R has scooped a host of awards, from Top Gear’s Car of the Year to AutoExpress, Evo and Whatcar? Hot Hatch of the Year and we’re hoping we can follow up those accolades with more success, on the track this time, in 2018.”

James Rodgers (Team Manager, Halfords Yuasa Racing) said: “It’s been a massive effort by the team over the off-season to transition to the new Honda Civic Type R and to see all of those hours labour bear fruit is just a fantastic feeling. The car provides an excellent platform to work with and we’re sure it’ll prove a potent package when it hits the track in anger at Brands Hatch. We’ve got a busy testing schedule in the lead up to that point, and we will be sure to hit the ground running when the season starts, in the best shape possible.”

Matt Neal (Driver, Halfords Yuasa Racing and Director) said: “This next generation Honda Civic Type R is fantastic and the guys have pulled out all the stops to get us to this point. I can’t wait to jump in and get out on track this week. If the car goes as fast as it looks then we’ll be in great shape this season!”

Dan Cammish (Driver, Halfords Yuasa Racing) said: “It’s really exciting to see the new car in the flesh, in full racing trim and it’s really something special. Sitting in the cockpit for the first time will be a really proud moment for me.”