Carney Plastics makes one of the most extensive arrays of high-quality display cases and stands for diecasts of all scales, but how that came to be is a tale of perseverance and innovation. Sean Carney, the president, shared with us some of the history of the company, and how he got involved in the diecast business.

A big part of the company’s success has been listening to input from customers, and coming up with innovative solutions for their needs. One such product is the new spinner rack, which was designed to ship semi-assembled to greatly reduce breakage but remain easy for the customer. 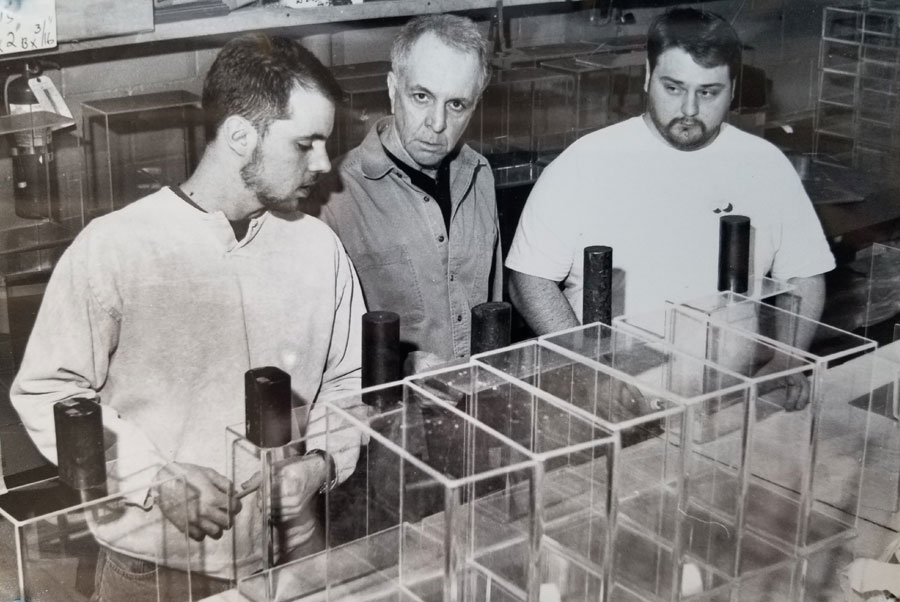 In the late ‘80s Sean’s father (center) ran the company, which had just four employees and focused mainly on displays for greeting cards and wrapping paper.

Sean Carney: In 1986 I was a senior in high school, and we had four people primarily making display fixtures for greeting cards, wrapping paper, ribbon and bows, etc. Although we did whatever jobs we could get, the bulk of our business was store fixtures for a single large greeting card company. The company grew, but the fixtures were extremely labor-intensive with low margins and lots of material waste. After almost a decade of struggling I began to take notice of a former employee who was making display cases for model cars. He was doing pretty well, but I thought maybe we could do it a little better. I spent the next several years experimenting with making cases and traveling all over trying to sell them and getting feedback at small collectibles shows. Thinking back now it was pretty pathetic, driving around in a rusted out old Jeep Wagoneer with a rear tailgate door that had to be tied shut hoping I’d sell enough to pay for the trip’s gas and tolls! 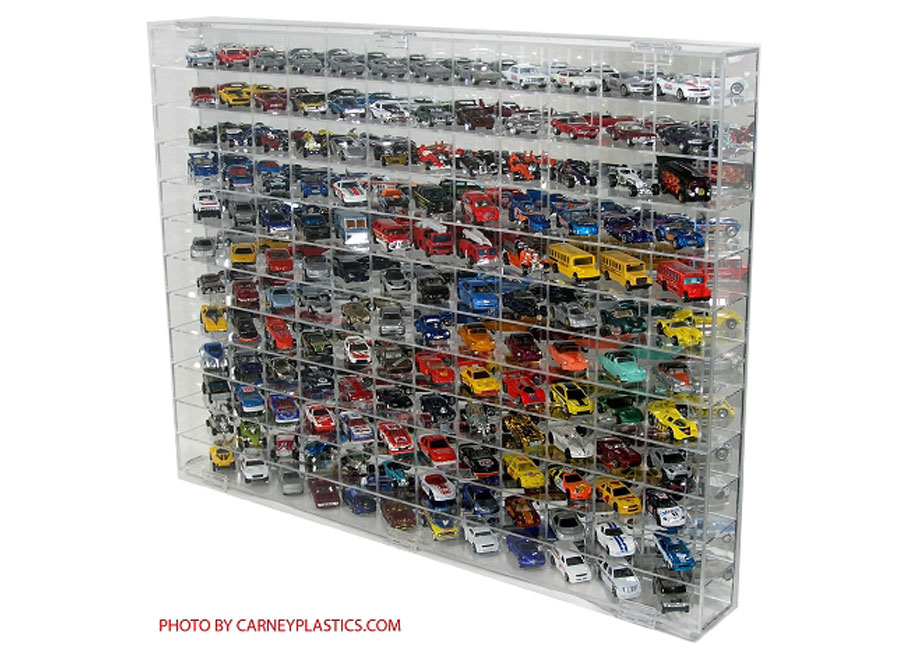 During that time I was experimenting with display cases, I remember my father telling me not to spend so much time on them—that I’d lose focus on the store fixtures. But shortly after our biggest customer pulled all our business and moved it to a company in Mexico. We went from 17 people back down to 4 almost overnight. Although it was extremely hard and we almost closed up shop, it was a good lesson for me to learn at a young age. We had always struggled with impossible deadlines, low margins and put 80% of our business into a single customer—which I learned was a terrible combination. 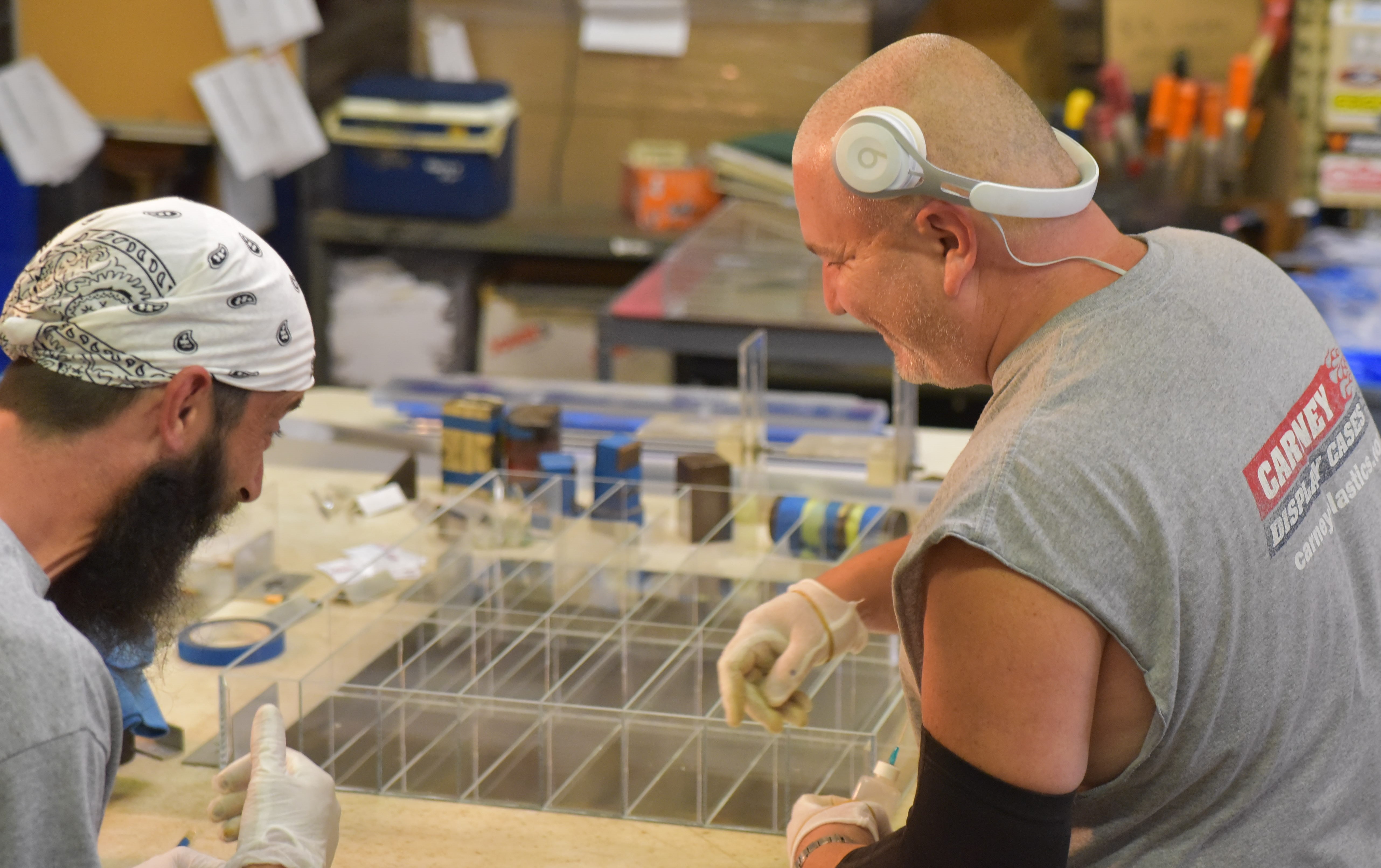 Joe (left) and Dave from Carney’s shop. Most employees have been with the company for at least a decade—some for much longer. They cross-train so almost everyone knows every job.

That’s when I decided we needed to find a way to spread our customer base as wide as we could and began designing our display cases as efficiently as we could for production. During that time the internet came about we dove in early and it fundamentally changed everything for us. Somewhere around 1998 I noticed that a book that I bought for my wife on Amazon—back when it sold mainly books—was shipped directly to me from somebody else. Because our competitor had a 10-year head start he had locked in most of the mom-and-pop diecast stores and we had no luck breaking into the dealer market.

I began saving our display case pictures on to floppy disks and mailing them to brick-and-mortar and online diecast dealers and telling them they no longer had to stock display cases to be a dealer. Instead, they could just put our products on their website, or one or two on their walls, and when they made a sale we’d ship them directly to the customer. That, along with a focus on direct online sales, was a game-changer for us. In less than 10 years we went from selling maybe a tenth of what our competitor sold to acquiring their company! Unfortunately my father had been sick and passed away before he got to see this. Literally at the time we signed the purchase agreement and I took on the acquisition debt, the great recession began. That’s where my early lesson in business survival paid off. We made it through with a focus on providing what our customers want as efficiently as we possibly could.

We’re still a very small company with a focus that’s still on service directly to our individual customers who are spread all over North America, Europe and Australia. And we still look for input from our customers, which has given us ideas in recent years for cases such as our side-angled display cases that show the front and sides of your diecast, to the new spinning display case that we created to ship partially disassembled to prevent breakage. That was the biggest obstacle in a large spinner display case, and both of these ideas came from talking to and working directly with our customers. 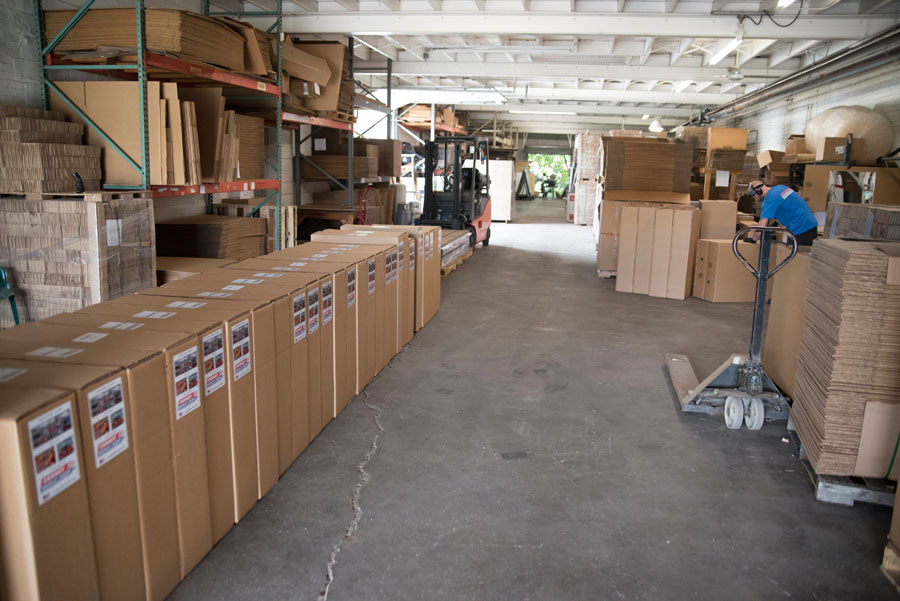 Since they ship directly to the consumer shipping is key to Carney’s business strategy. It took a lot of years and lots of experimenting to develop he right combination of display case design, boxes, and foam inserts to ship cases affordably and without breakage.

By the DCX Crew