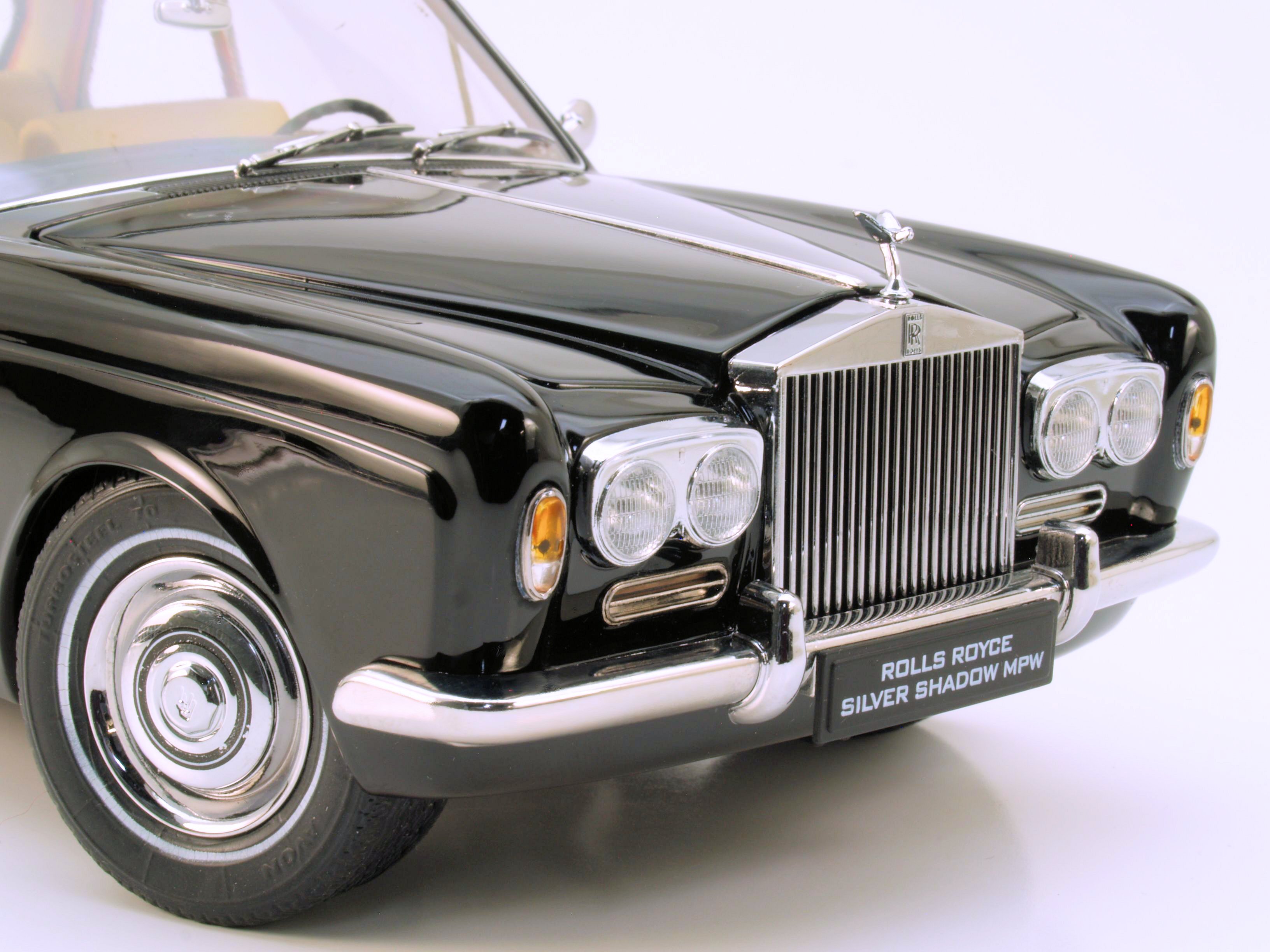 Paragon / Jadi’s 1968 Rolls-Royce Silver Shadow Mulliner Park Ward coupe is one of the breakout surprises of 2012 – a smashing good model (if we can borrow from the British vernacular) that shows an entirely new level of finesse, detail, and yes… cool (strictly American).

The doors, hood, and trunk open, the wheels steer, and the model, overall, is so cleanly and evenly executed that we were surprised at the source. That’s not to say that Jadi made bad models – heck, no – but to see something that’s so head-and-shoulders above the  yeoman Triumph, TVR, and other British-themed, value-based replicas we’d last seen from that maker kind of rocked us back, and made us want more.

Once the included side mirrors and “Spirit of Ecstasy” got attached (two sets are included in the box), the car come across as pristine, pin-straight, and regal on display. Only one thing rang untrue: the badges at either end read “Rolls-Rolls”. The good news? Zero impact on the car’s display; you’ll need a macro lens or a good magnifier to find the glitch.

We’d say the gaffe is far from a deal breaker, and other variants of this mold are on deck. We got this piano-smooth black one from wholesaler OK Toys out in sunny California (thanks to Andy To), and we’re hoping we’ll see the Silver Chalice and Thomas Crown variants in more collectors’ hands soon. Add to that the upcoming 1965 Phantom V, and the almost assured variations that mold will offer, and it’s a safe bet that we’ll be reserving a lot of shelf space in the coming weeks and months.

In the meantime, you can check out these bonus photos – or read all about this one in the Fall 2012 issue of Die Cast X. Of course, video’s coming soon, too… if we can put this tidy little “Roller” down long enough to set up the cameras. Highest recommendation.