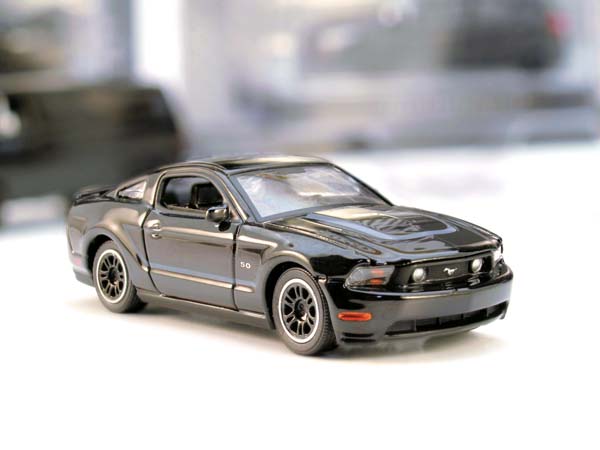 GreenLight Collectibles’ Black Bandit series is in its seventh release, and like the prior six, the cars all come wearing a special triple black scheme – black paint, black interior, and black wheels – which makes even the largest of the group- ing (a ‘76 Dodge B-100 and ‘77 Chevy G20 van) look stealthy and cool. In addition to the vans, the grouping includes a 2012 Dodge Charger R/T, a 2012 Ford Focus ST, a 2012 Ford Mustang GT, and an extremely sharp 2013 Ford Police Inter- ceptor SUV. All of the castings have awesome detail, rubber tires, opening hoods, and detailed wheels that add a lot to the appeal. Some of the detail – like the ghost gray “BB” let- tering and striping some of the cars wear – only adds to the menace. Fewer than 4,000 of these sets will be made; if the past success of the series is any indication, they’ll sell out fast. Bet on black. – Joe Kelly Jr. greenlightcollectibles.com