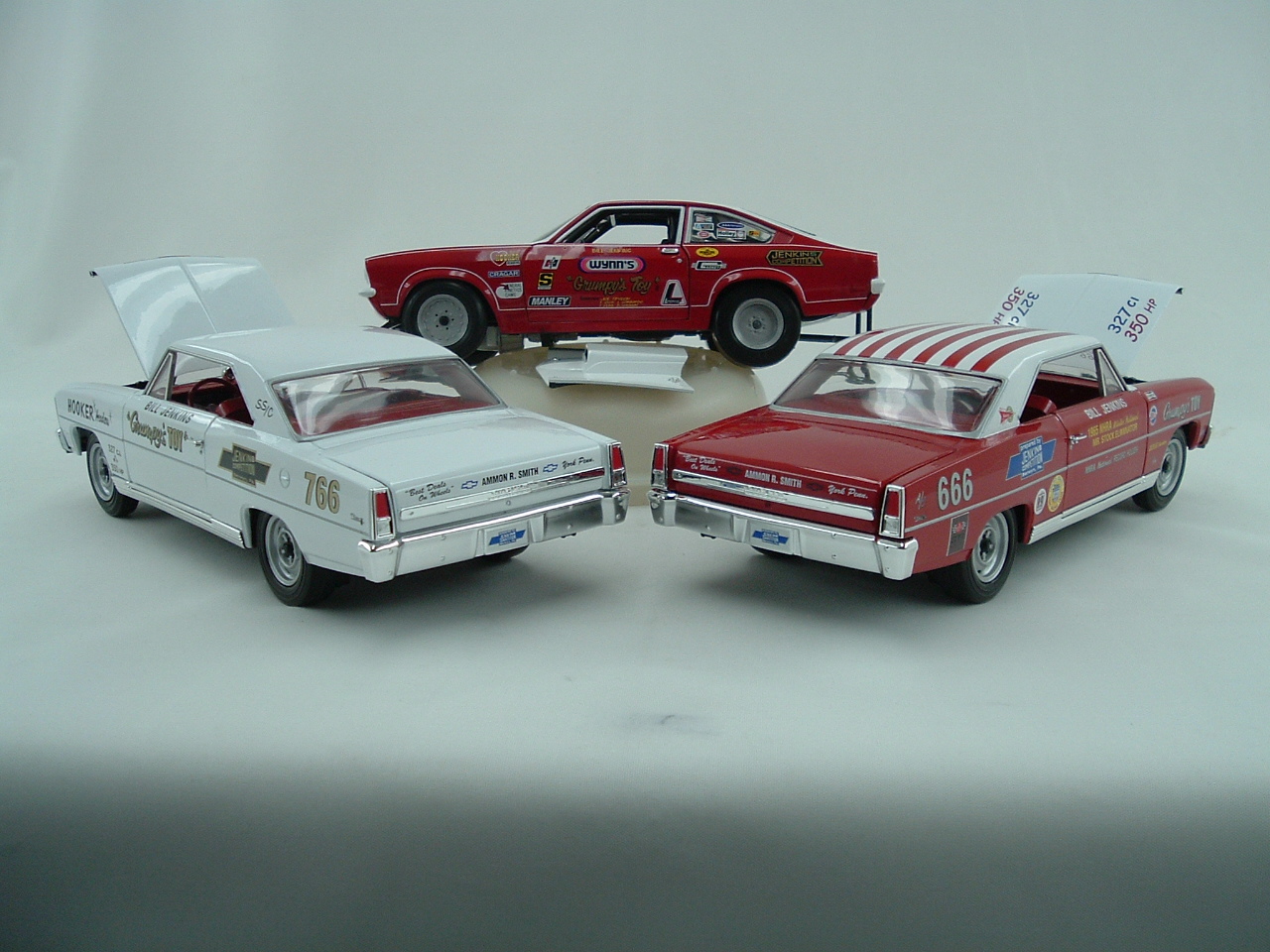 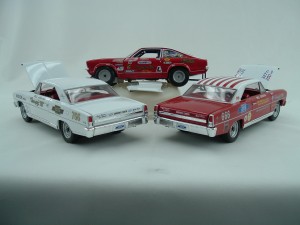 The approval is now in from Bill “Grumpy” Jenkins on these new 1:18 scale die cast replicas. His first “Grumpy’s Toy” lettered car, the red and white 1966 Nova, was the A/S National Record Holder. When that car was in a road trip crash and destroyed, the replacement car was a white 1966 Nova – the very first in a long line of plain white Grumpy cars. This version emulates the car as it ran in SS/C in 1967. Grumpy saw red in 1973; the mostly 1972 Pro Stock Vega was the car he campaigned in the 1973 season. The Nova features an opening hood, doors, and trunk. The Vega has a lift off hood, opening doors, and wheelie bars. All three cars are detailed with spark plug wires, headers, 4 speeds, slicks, and accurate race day sponsor decals and lettering.

These are 1:18 limited editions not available in stores, and are made by AutoWorld specifically for Supercar Collectibles.  Your choice $80 each or $225.00 for all three.  Expect these to be available mid February 2012. 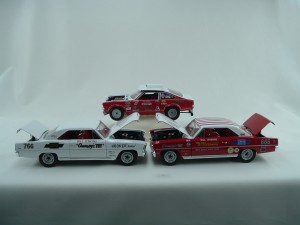