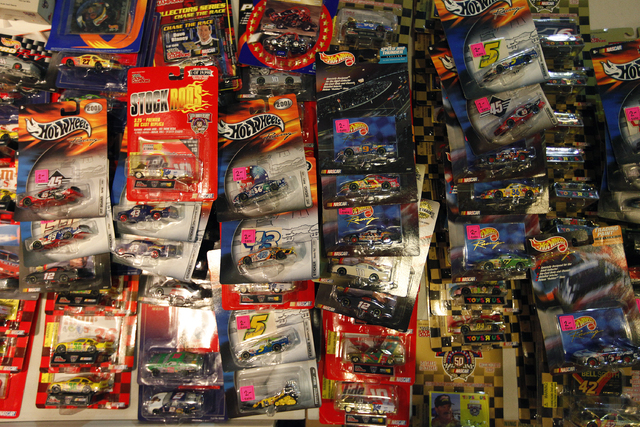 I eagerly went up the escalator, bounding up the last few steps two at a time.

I was headed for the World of Toys Expo on the third floor of the Plaza. Two floors below Zamboni level, where the Wranglers will be playing hockey next year.

This is where they had memories on display in 1/64th scale.

It used to be called the World of Hot Wheels Expo or something similar. Guys who collect 1/64-scale memories had them spread out on tables in their original packages.

I didn’t really collect Hot Wheels, but they came out in 1968, when I was 11. So I had a few, a few dozen. Unlike Matchbox cars, which you couldn’t race, you could flick a Hot Wheels with two fingers, and it would go flying across the linoleum like the Johnny Lightning Special, the car Al Unser drove in the Indianapolis 500.