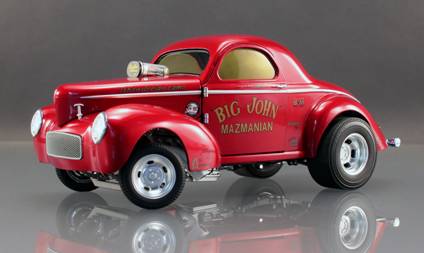 For their second release in the Gasser series, ACME is producing the ’41 Willys of one of the most recognizable names in the Gasser class–that of Big John Mazmanian. 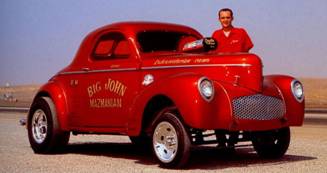 Candy apple red and powered by a blown 392 Chrysler Hemi, it was as fast as it was pretty, and with a limited run of 996 units ACME expects them to sell out quickly. Based on the pre-production photos ACME has just released, we would have to agree–they are going to go fast! 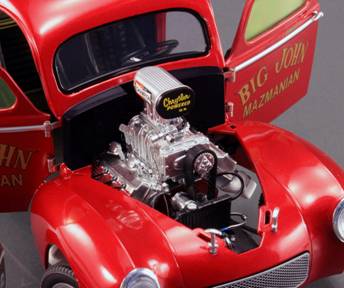 And check out footage of Mazmanian’s Willys, fully restored, at the 2013 Gasser Reunion!