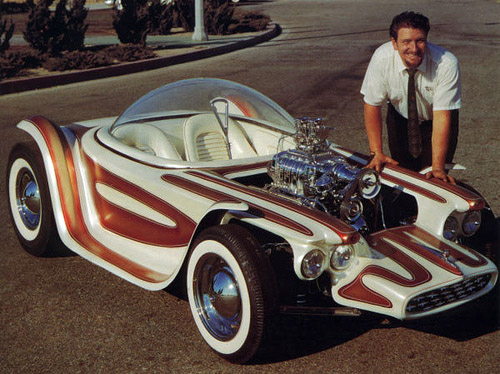 When Hot Wheels released their first 16 cars in 1968, it was clear that most of them were based on customized versions of recognizable street cars, but one of the most popular was a modified 1950 Oldsmobile. In 1961, customizer/cartoonist Ed “Big Daddy” Roth took an Olds frame, shortened it a bit, and added some glorious bubble-topped coachwork and a monster engine (aslo from Olds). Behold, the Beatnik Bandit, which was represented among those first 16 Hot Wheels. 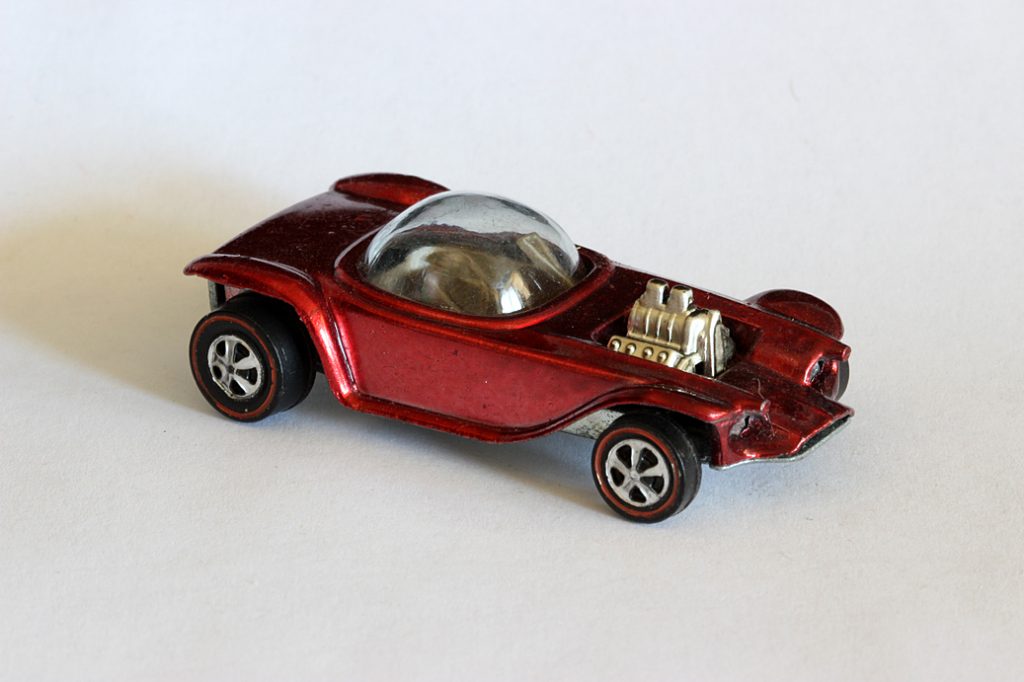 The overall shape of the real car was present in the 1/64 casting, with the exception of a few modifications. Most notably, the front fenders on the model extend much farther forward to connect to the headlights, resulting in a simpler, more stable structure for both elements. The other detail that deviates from the original is the steering wheel. Hot Wheels installed one for the left side seat, whereas the real car had a center-mounted joystick to control the car.  Of course, no one complained, and it became one of the most popular of the first designs. 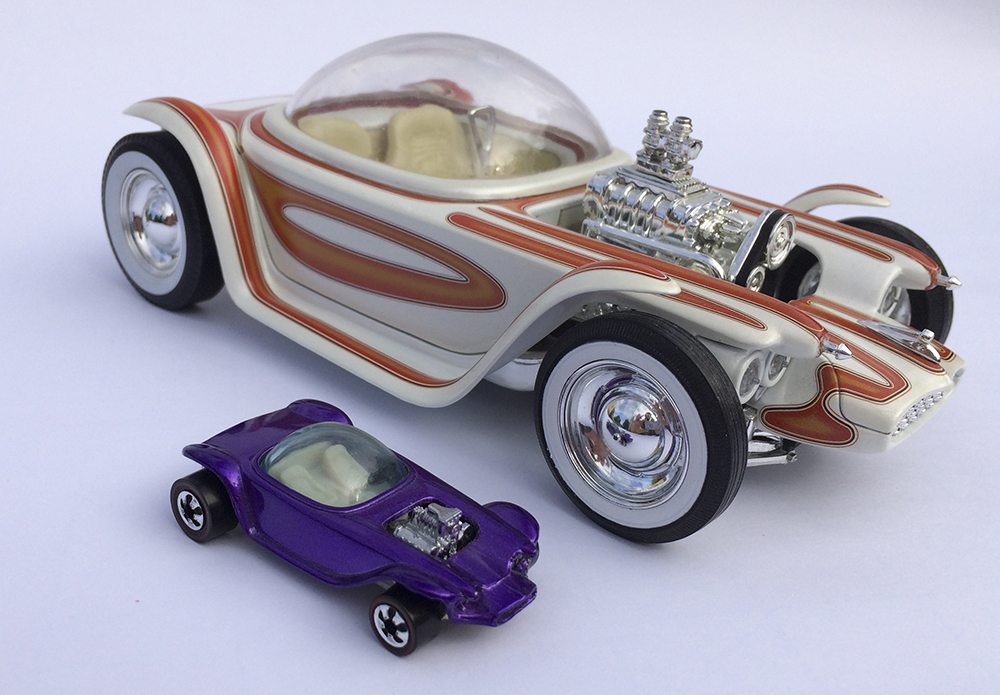 In 2000, Hot Wheels decided this car needed some big love and designed a 1/18 scale model. And this time, they got everything right. The fenders are restored to their correct length (the rear fenders are also rounded out, like the original). The smoothly molded canopy opens to reveal a sparse but comfy looking interior. The joystick is faithfully reproduced, and it even moves with the steerable front tires. Speaking of tires, they are remarkably skinny, but have full, wide white walls and dish hubcaps instead of the 5-spoke redlines. Again, no one was complaining, but it was nice to see historical accuracy on the large model. 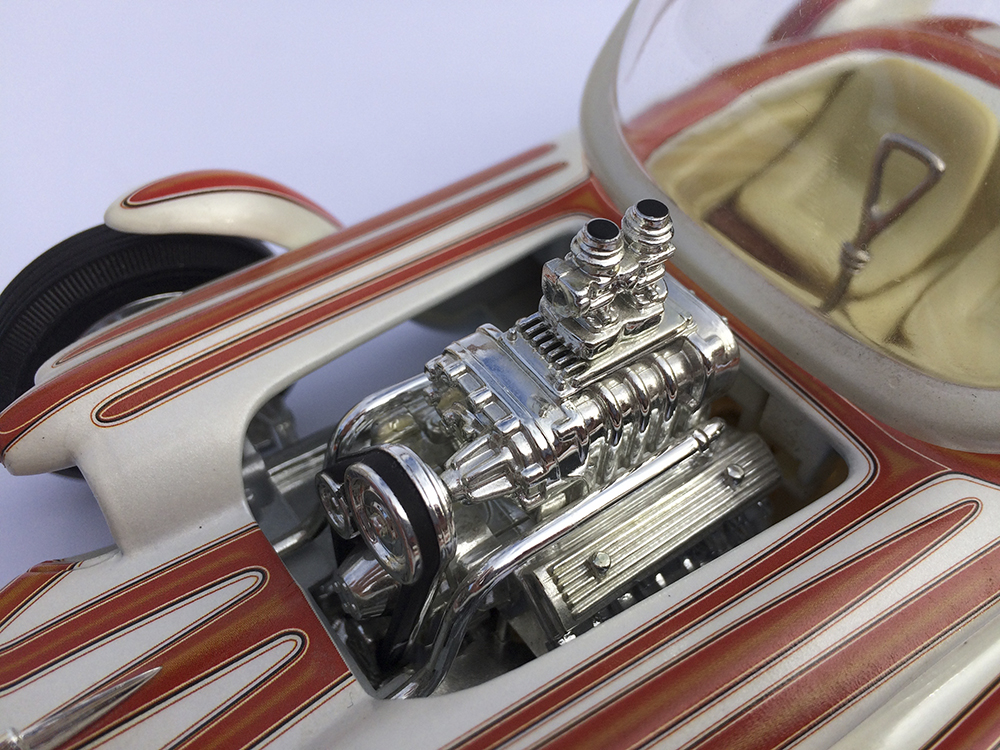 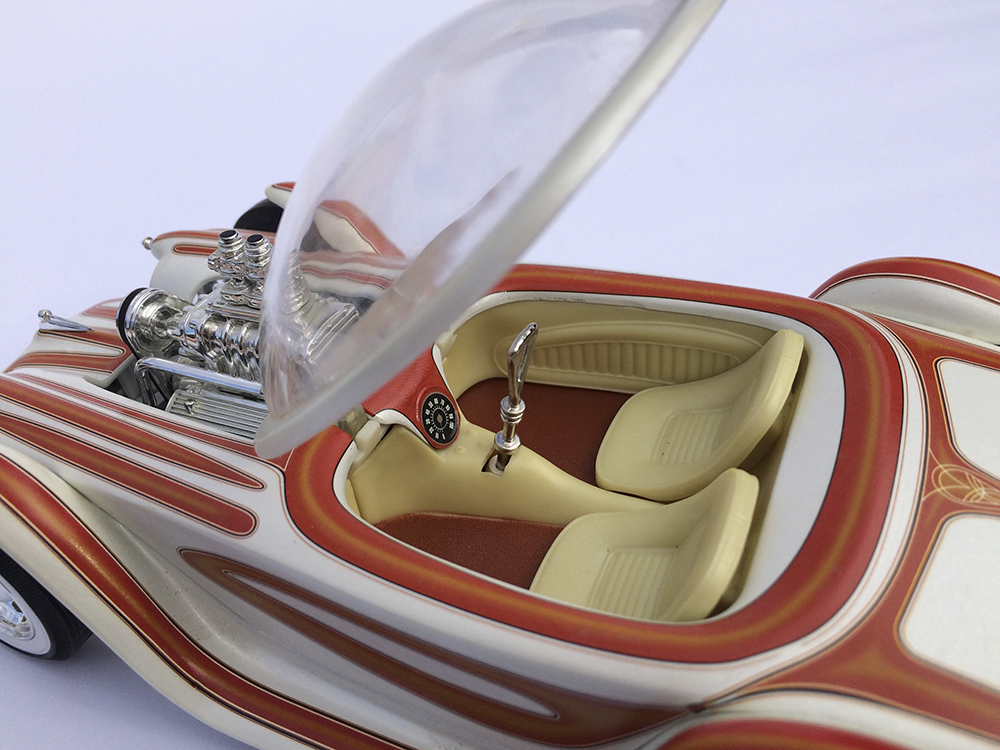 The best detail of all, however, is the paint scheme. Roth originally finished the car in pearl white a swirling googies in brown and gold. Tampo technology never allowed Mattel to even attempt such a thing early on, but on the 1/18 model, they made up for lost time. 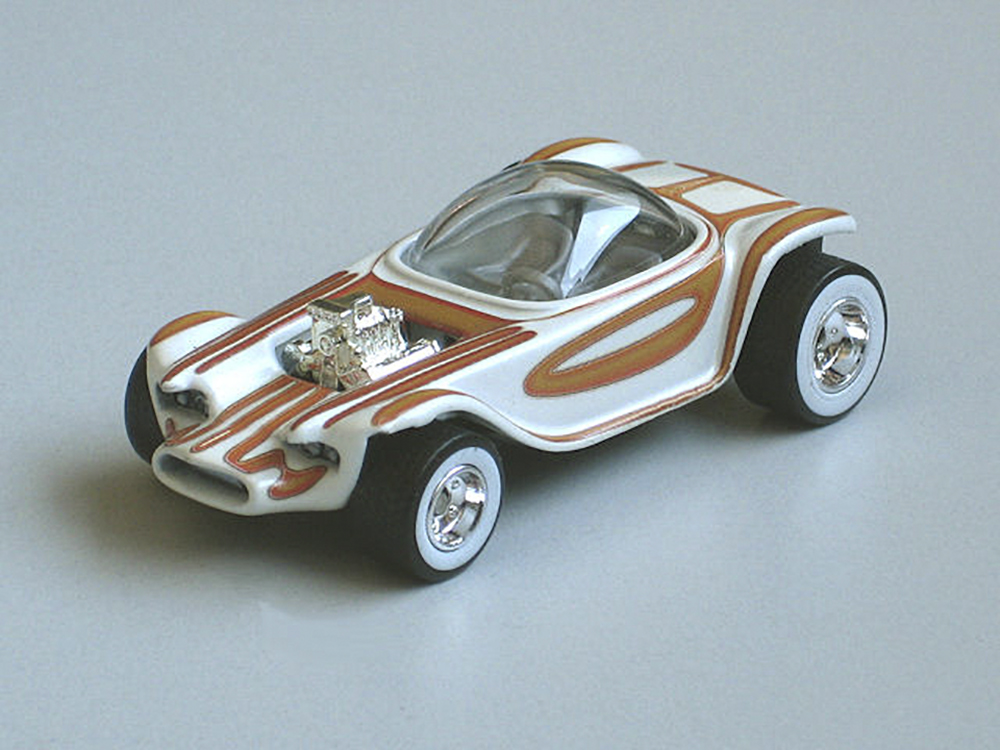 In 2002, Hot Wheels combined old and new school production techniques for another variation. The new 1/64 model for the 35th Anniversary Hall of Fame series used the original body casting (with the steering wheel) but white wall Real Rider tires and the brown, gold and white livery. The result is a testimony to how perfect that original casting really was. 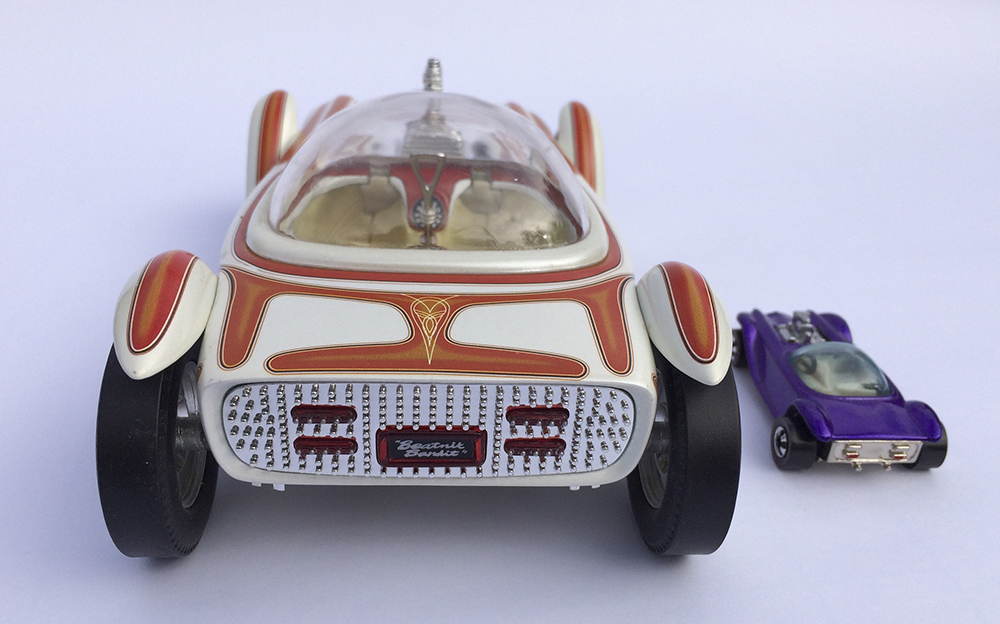 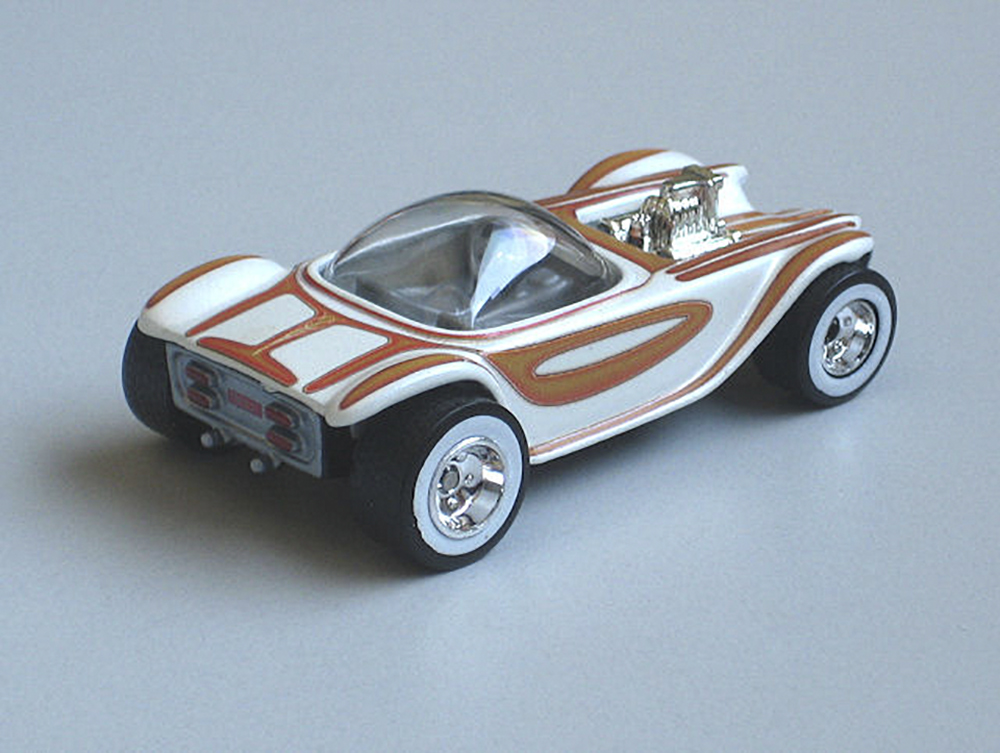 Ron Ruelle is Social Media Guru for hobbyDB.com, a website documenting anything and everything collectible.