The Mercedes 300SL was one of the more mythical cars of its day, with an overall shape that doesn’t really look like anything else from the mid-1950s. For many models of that era, the convertible would be the rarer and more desirable version to have, but the gull-wing doors on the coupe just add a special magic that reverses that equation.

Bburago is one of many companies that have made models of the 300SL, and this 1:18-scale example is decked out for the 1955 Mille Miglia rally. The overall race was won by Stirling Moss and Denis Jenkinson in a Mercedes—but not this one. This particular model represents an essentially stock version of the car with additional livery to indicate its racing purpose. The number “452,” by the way, suggests that this car would have left the start line at 4:52 a.m.

The main body casting is nice, capturing the wild compound curves of the original. The doors open wide and close precisely. It would be nice if the windows on those doors contained glass, at least the small vent portals. The hood and trunk open as well. Overall, the basic castings of this car are generally good, but some of the material, color, and finish choices leave a lot to be desired. The interior is a single piece of waxy red—not the most appealing shade. Silver sport seats and some chrome and labels offset the sea of red, but even so, it’s not a particularly realistic interior. That red interior panel also extends to form the inside of the fenders and the firewall under the hood as well as the trunk, which leads to an odd assortment of hues for those areas. The red tub can be seen from underneath the car as well. 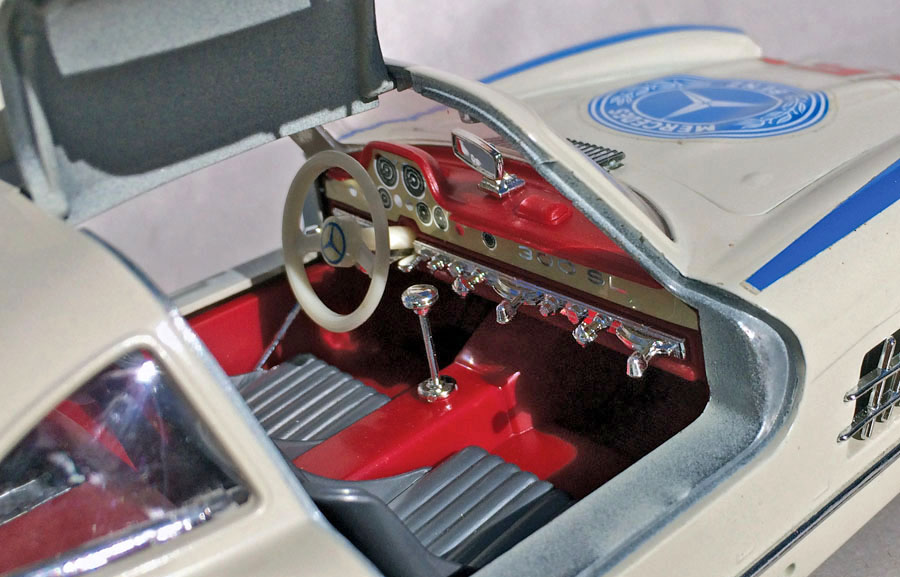 A waxy red tub and chrome peripherals are not super-realistic by today’s standards. 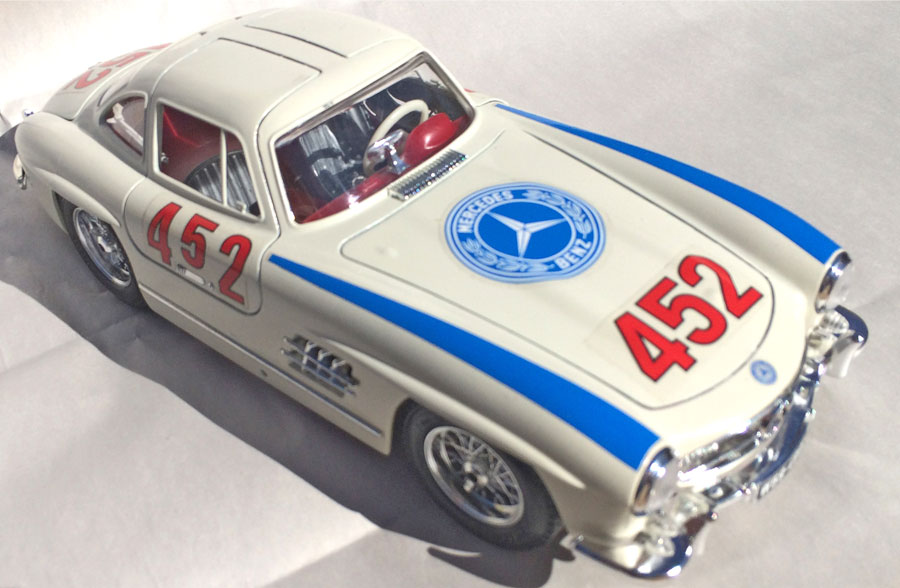 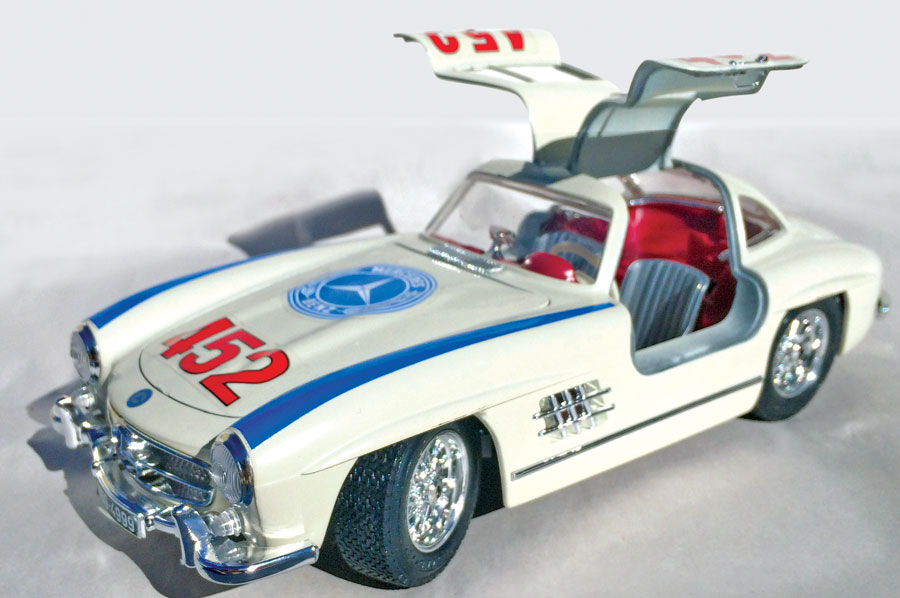 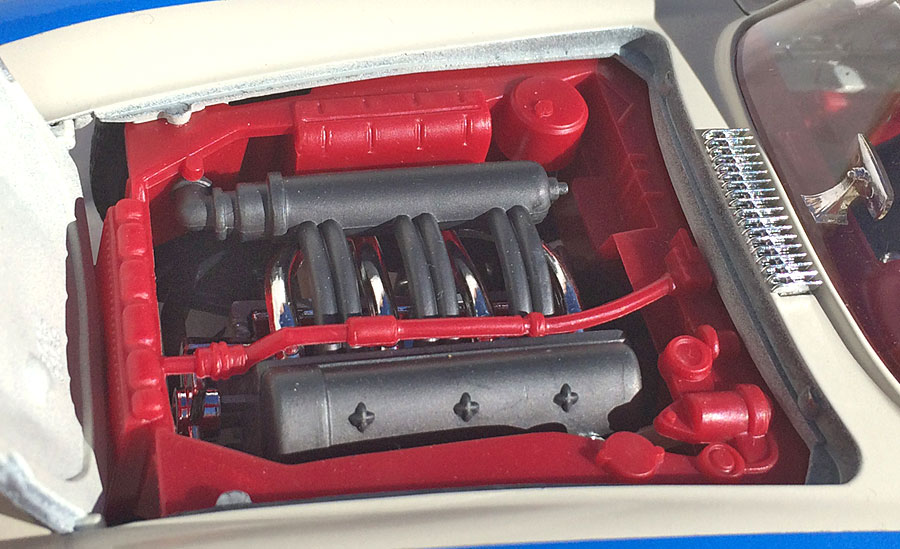 The engine bay is made out of only a few pieces, including some dull silver bits. The colors and textures don’t feel all that special, but this was just a $20 model. This car would be a good candidate for disassembly, modification, and a repaint. The graphics on the car are not painted on; they are decals, so the edges of the stickers and the change in sheen from the painted surfaces kind of mar the overall effect. In 1985, tampo technology just wasn’t what it is today. This model is a good reminder of how far Bburago has come over the years. Actually, it’s a good marker for how far the entire hobby has come.