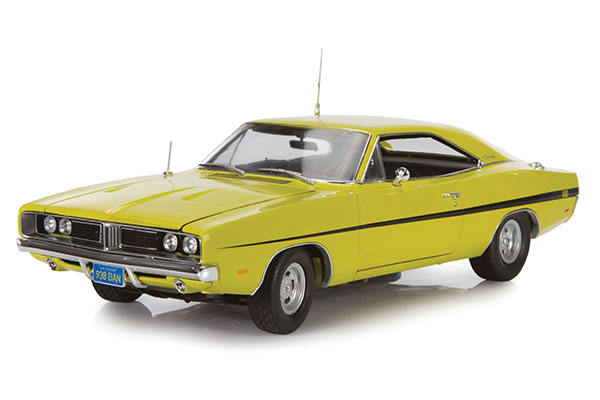 A Movie Mopar We’ve All Been Waiting For! 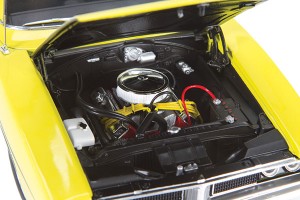 Here’s one you’ll surely recognize: the 1969 Dodge Charger made famous by the small-time hood and would-be NASCAR hero title character in 1974’s Dirty Mary Crazy Larry. Together with tagalong hitchhiker Mary and ace mechanic Deke who keeps the Mopar running fast enough to evade the law (if not a certain train. AutoWorld has particularly good sensibilities when it comes to choosing vehicles to add to its impressive list of Silver Screen Machines. Larry’s Curious Yellow Charger has long been on collectors’ short lists of cars most wanted in diecast, and AutoWorld has adapted its excellent 1:18 68-70 Charger casting to the task. Deke’s handiwork is on full display under the hood, with a tuned up 440 4-barrel sporting an open-element air cleaner, aftermarket ignition wires and chrome valve covers. Inside, the twin buckets are separated by a console-mounted 4-speed. It’s been a long time coming, but this model is definitely worth the wait!